Is it possible to bring back a mammoth? 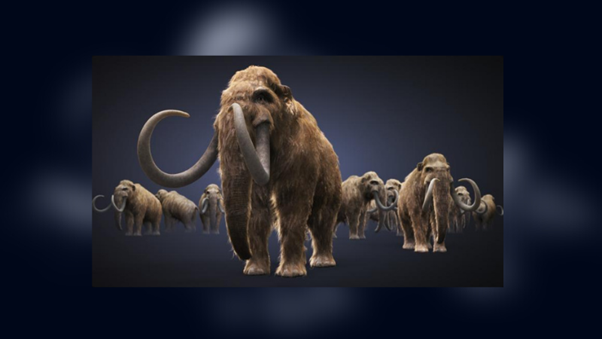 September 12, 2021, author Carl Zimmer published in The New York Times the article “A New Company With a Wild Mission: Bring Back the Woolly Mammoth“. A group of scientists led by biologist George Church plans to revive the genome of the Woolly Mammoth and do it within six years. Dr. Church argues that their settlement in the tundra of Siberia and North America could have a beneficial effect on the ecosystem where currently bisons are imported to preserve the tundra. The capital provider of this project is Colossal company, which supports it by $15 million. Colossal Biosciences is a biotechnology company working to genetically resurrect the woolly mammoth, combining its genes with Asian elephant DNA.

How does the process of reviving works?

In this article Carl Zimmer is calling out to the scientists who support the idea of George Church. In particular, it’s worth noting that Eriona Hyssoli, a former Postdoctoral Researcher at the George Church Lab in Harvard Medical School, is one of the main participants and enthusiasts of this project: “This set of tools can be used for many purposes, whether it’s de-extinction or recoding the human genome”.

In this interview with Eriona Hyssoli, she explains how the project of reviving mammoths works and which goals the scientists plan to achieve. They determined that the DNA of the Asian elephant (lat. Elephas maximus) is 99.6% similar to the DNA of the Woolly mammoth (Latin Mammuthus primigenius). Therefore, attempts will be made to use the elephant genome as a basis, modifying it with genes derived from mammoth bones.

Firstly, the intact cell nucleus, which was found by a group of researchers in the bone marrow of a frozen mammoth, cannot be compared with the cells of a living organism. Secondly, in the above interview and other media publications, it is repeatedly stated that at this stage it is impossible to create an identical mammoth that lived on Earth several thousands years ago. The CNN article says that George Church plans to program «more than 50 changes in the genetic code of the Asian elephant to give it the traits necessary for survival and prosperity in the Arctic». Thus, we can conclude that the revival of the Woolly Mammoth is not cloning, but, most likely, the breeding of a genetic hybrid. If the project is successful, the world will see an elephant with some characteristics of the same mammoth from the past.

We ask our expert Nariman Battulin, Сandidate of Sciences (Biology), Associate professor and Head of the laboratory of developmental genetics, Institute of Cytology and Genetics, Siberian Branch of the Russian Academy of Sciences, will the results of this project be the actual revival of the woolly mammoth? How likely is this to happen and succeed?

«What we did was reconstruct the early embryo, which now has the genetic information of the cell that we implanted. Сertainly, in this small percentage of cloning, previous results were mentioned in the form of the birth of a live animal. Therefore, we need living tissue. What about the mammoths? It is obvious that living nuclei are nowhere to be found. These animals have been trapped in ice for thousands of years in permafrost areas. Meanwhile, their DNA is dissociating. It is like trying to piece together a Qing Dynasty vase that turned to dust a long time ago – an impossible task. The current technological level at which we operate is not suitable for solving this problem. This is why I am skeptical about cloning mammoths using nuclei extracted from their frozen carcasses».

Are there suitable conditions for Woolly Mammoths to survive?

The next question concerns the environment in which the new Woolly Mammoths are planned to be placed. Carl Zimmer’s article explains: the Colossal company aims to «place thousands of these magnificent beasts back on the Siberian tundra, thousands of years after they went extinct». George Church says that the animals will solve the problems associated with an increase in average annual air temperatures in the tundra.

In the article is also mentioned Russian ecologists who «have imported bison and other living species to a preserve in Siberia they’ve dubbed Pleistocene Park, in the hopes of turning the tundra back to grassland». We made a research, and found out that the ecologist they have been talking about is Sergey Zimov, an enthusiastic environmentalist from Northeast Science Center, Yakutia and director of Pleistocene Park.

He is very interested in reviving a lost ecosystem of the Woolly Mammoths, which was grasslands, very biodiverse. Zimov has decided to run an unusual experiment: in a piece of land he’s trying to make a very biodiverse environment in order to see whether increased vegetation and biodiversity could be the key to slowing down global warming, or at least the effects of global warming in the future. In an interview with News.Ykt.Ru he said that their goal is to create pastures by settling herbivores in the tundra. In addition, this project can help in the fight against global warming.

The question is, will mammoths really have a beneficial effect on the environment or, conversely, will they create disharmony? The NPR article gives the opinion of Lav Dahlen, professor of evolutionary genetics at the Stockholm Center for Paleogenetics: «I personally don’t think it would have any measurable impact on the pace of climate change in the future, even if it were successful. There is practically no evidence to support the hypothesis that trampling a very large number of mammoths would have any effect on climate change, and this, in my opinion, could also have a negative impact on temperature».

We talked to Alexander Savinov, Candidate of Sciences (Biology), Associate Professor of the Department of Ecology of the Institute of Biology and Biomedicine at the Lobachevsky University about Sergey Zimov’s initiative. «He has been conducting his experiment for a long time in the Pleistocene Park with animals that were characteristic of the tundra steppe ecosystem, favorable for our biosphere. According to Sergey Zimov, man exterminated mammoths, so the cycle in ecosystems was disrupted. As the number of mammoths and fauna decreased, the favorable ecological situation worsened. As a result, the territory began to be covered with lichens and mosses. Herbaceous plants could not develop in such conditions, because they require a lot of nitrates, phosphates, and at low temperatures, these substances could not get into the soil. Sergey Zimov’s dream is to revive the cycles, but so far in small areas, using musk oxen, deer, which will restore grassy vegetation. But Sergey Zimov forgets about such a rule as the irreversibility of evolution. We can’t reverse anything, so it’s almost impossible to revive the tundra steppe. There must be a huge number of animals for this».

At the moment, it is unknown whether mammoths will be able to survive in the habitat that scientists have chosen, it is also unclear exactly how they will affect the ecosystem. Mammoths lived during the Ice Age in the tundra steppe region – in a natural zone that does not exist now. The tundra steppe is an analog of the steppe zone, but only the plants that lived there were cold-resistant. And it is important – cereals were the dominant crops – this was the basis of the mammoth diet. They formed the habitat for thousands years, going through many evolutionary stages, and now they do not have adaptations to today’s biotope. Mammoths will not be able to survive in the Pleistocene Park, because the territory must be huge. Today elephants live in savannas – a vast natural area.

George Church’s project on the revival of Woolly Mammoths and the settlement of representatives of this supposed species on the territory of Northern Siberia and tundra has aroused interest in the scientific community and its reflection in the media. The result of this media analysis was the confirmation of the thesis stated in the article: the creation of a hybrid species is the only option for the practical implementation of George Church’s project. The thesis about the possibility of using this project to improve the environmental situation at the present stage in the context of publications in the media is controversial, since this idea is at the experimental stage.

Media analysis: Brexit aftermath through the lens of leading newspapers in Spain, France and the United Kingdom
May 4, 2021
Search
Other fact checks
Recent Comments
Archives
Categories
Go to Top