Blog: Our search for truth in the hogweed case 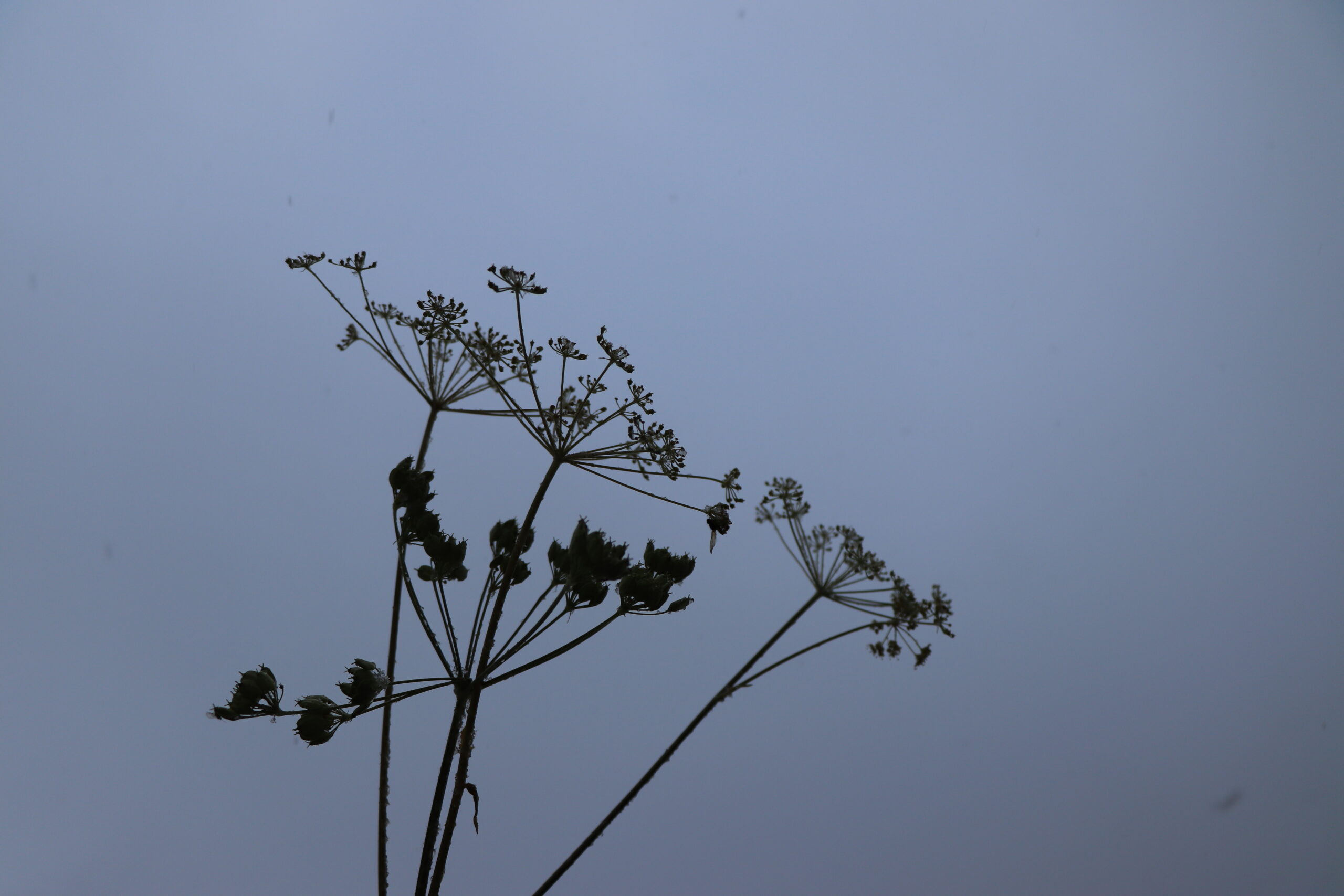 “A toxic alien is taking over Russia”, is the headline of an opinion piece in The New York Times on October 3.  According to her, hogweed is an extremely poisonous plant, dangerous not only for people, but also for local flora, and the territory occupied by hogweed in the Moscow region alone is 270 square miles, but the government is not interested in this problem. We decided to check the validity of these three facts described in the article by Maria Antonova.

Ms. Antonova draws on three main facts. The first of them is a statement about the danger of hogweed. According to her, Sosnovsky`s hogweed was brought by Soviet botanists to the European territory of the Soviet Union from the Caucasus region in the middle of the 20th century. The plant was distinguished by its unpretentiousness, it grew rapidly and therefore could serve as an excellent feed for cattle. However, its danger became apparent much later. The hogweed turned out to be unsuitable as feed for cows: its sap is poisonous and can cause severe chemical burns. Moreover, the plant grows very quickly, and is almost indestructible, so it started slowly capturing abandoned territories in Russia. Antonova cites the words of scientist Dmitry Geltman as proof. A well-known biologist in scientific circles adds details: the herbs of the European part of Russia cannot resist Sosnovsky`s hogweed, as it is stronger and more resilient.

To verify this statement, we turned to Yulia Vitalievna Sinitsyna, Candidate of Sciences in Biology, Associate Professor of the Department of Biochemistry and Biotechnology, Institute of Biology and Biomedicine, Lobachevsky University of Nizhny Novgorod. She talked about the nature of Sosnovsky`s hogweed, the most dangerous and most widespread type of hogweed in Russia. According to the expert, hogweed is a resilient plant. It can adapt to any, even the most difficult environmental conditions. Using its strong roots it literally sucks out all the useful substances from the ground, as a result, the hogweed is rapidly growing and can reach gigantic sizes (it grows up to 3-4 meters in height), and all the plants surrounding it die in its shade from a lack of nutrients in the soil. Moreover, Sosnovsky`s Hogweed is incredibly fertile. Each plant produces a large number of seeds, therefore, it is quite difficult to destroy it. Dr. Sinitsyna also noted that to combat hogweed, it is necessary to regularly treat its thickets with chemicals, however, such measures are taken with varying degrees of success, and only at the regional level.

The path from hectares to miles

The second fact mentioned in the article is the area of land contaminated with hogweed. Maria Antonova relies on data from the Moscow Region government and notes that “Even the heavily built-up Moscow region had almost 270 square miles contaminated with giant hogweed this summer.” We found an article on the website of the Ministry of Property Relations of the Moscow Region dated July 21, 2020, where the head of this department, Natalia Adigamova, notes that the area of hogweed growing in the Moscow region has increased to 69,000 hectares. If we translate this number into square miles, we get a value equal to 266.4 square miles. Thus, the author of the article provides accurate data to illustrate the extent of contamination of the Moscow region lands with Sosnovsky`s hogweed.

It is worth noting that in the first edition of our FactCheck, we rushed to conclusions and stated that Maria Antonova twice overestimated the official data of the government of the Moscow region. In this case, we referred to the article of the portal RIAMO.RU dated April 10, 2020, based on data from the Ministry of Agriculture and Food of the Moscow Region. It is dedicated to the resumption of the fight against Sosnovsky`s hogweed in the region. According to this report, in the Moscow region, the hogweed affected about 32 hectares of land.

Thus, we assumed that the author of the article made a mistake when translating hectares into a more understandable value for the American audience.

Before publishing the first version of our FactCheck, we decided to find out the reason for the discrepancy in the data from the author of the article. We tried to contact Maria Antonova via her Twitter and LinkedIn accounts, but she restricted the possibility of communicating with her. Therefore, we published a fact check, in which we rely on the data of the article on the portal RIAMO.ru dated April 10, 2020. Antonova herself got in touch after the publication of our text. She noted the inaccuracy of our argument regarding the area of the land affected by hogweed and sent a link to the current material dated July 21, 2020. We have double-checked this data and corrected our statement.

However, for April 2020, the figure of 123.552 square miles was correct, and for July 2020, the data that Maria Antonova used in her article was more accurate.

Another fact that the author of the article draws attention to is the disinterest of the Russian authorities in solving the problem of hogweed. Here’s a quote: “While some regional governments now try to spray problem zones with pesticides, Moscow hasn’t paid the problem any attention or sought to understand its scope”.

We found a large number of publications of regional mass media about measures to combat hogweed in different regions of the country. For example, there is an article about the destruction of hogweed in the Nizhny Novgorod region in the “Russian newspaper”. The article “Enemy in the ravine” dated July 21, 2020 states a five-year plan to combat hogweed.  In 2019, the regional government allocated 11 million rubles (123640 euro) for the destruction of hogweed. In 2020, at the expense of the regional budget, 300 hectares (1,2 square miles) were cleared from hogweed in 12 districts of the region. In the Moscow region, among other measures, fines from 2 thousand to 1 million rubles (from 22.5 to 11240.0 euro) are provided for land owners who do not destroy hogweed on their plots. In the Kaluga region, in March 2020, a law was adopted to combat hogweed. This law will be effective from January 1, 2021.

However, we did not find data on weed control throughout Russia or even rough estimates of contaminated land. There is no mention of such details on the websites of the Ministry of Natural Resources and Ecology and the Ministry of Agriculture of the Russian Federation, they were not included in the results of the All-Russian Agricultural Census of 2016. As the chairman of the State Duma Committee on Ecology and Environmental Protection Vladimir Burmatov notes, a federal program is needed to combat hogweed. This idea was supported by the Russian Academy of Sciences and the Ministry of Natural Resources and Ecology, but the Ministry of Agriculture, which is responsible for the problem of the distribution of Sosnovsky`s hogweed, is in no hurry to create such a program. The Ministry believes that the regions themselves should cope with the spread of hogweed.

However, it is worth noting that the Land Code of the Russian Federation obliges landowners to protect agricultural land from overgrowing with weeds. The website of the Ministry of Agriculture of the Russian Federation states the following: «The status of the Sosnovsky`s hogweed has changed with the introduction of this position in the Classifier of Weeds. Failure to take measures to combat Sosnovsky’s hogweed is an administrative offense. For ignoring the situation with the overgrowth of agricultural land with hogweed, administrative responsibility is provided.

Thus, we concluded that the problem of the spread of hogweed today remains more in the jurisdiction of the regions. There are no federal weed control programs yet, but the legislation regulating the struggle of landowners with hogweed is already in effect. Regional authorities are implementing programs, and some are adopting laws to combat hogweed.

Our research has shown that the Sosnovsky`s hogweed is a very dangerous plant, which is very problematic to destroy, although every region of Russia is fighting the weed. The extent of the spread of hogweed in the Moscow region is not exaggerated by the author of the article, the speed of its spread is indeed frightening.

However, the author of the article did not say that at the federal level, the fight against the spread of hogweed on agricultural land is regulated through legislative activities. There are no state programs for the implementation of practical control of hogweed at the moment, but this problem is controlled at the level of regional authorities. (Updated 24 February 2021)