Earlier this month, on April 12th, Margrethe Vestager, the executive vice-president of the European Commission gave an interview to the Financial Times, in which she stated: “European countries should buy stakes in companies to stave off the threat of Chinese takeovers, the EU competition chief has said, as Brussels steps up plans to protect businesses fighting for survival during the Covid-19 pandemic.”

Many articles have been published based on the statements made by Vestager. In one article posted on the Dutch right-wing news site De dagelijkse standaard claims that EU politicians are finally acknowledging that China is taking over European companies on a large scale during and before the outbreak of COVID-19 on the continent. Which makes you wonder, is it true that Chinese investors are acquisitioning large amounts of European companies?

Claim: China has been taking over large amounts of European companies in the past years.

Some of the biggest economies in Europe such as Germany, England and France have been fending off Chinese acquisitions over their companies in the past.

In recent past years, articles have shown that some of Europe’s leading economies have been tightening their regulation over foreign direct investments (FDI).

In an article by Growth Business, it stated that Chinese acquisitions of UK companies have tripled since 2014. This was the result of the UK going through a rough time due to Brexit.

According to an article written by Statista, West Europe has been very cautious with Chinese acquisitions especially after China took over Germany’s industrial robotics company Kuka in 2016. This also led the UK to introduce new regulations that would “[enhance] government powers to prevent foreign acquisitions and it was largely focused on Beijing’s transactions.” 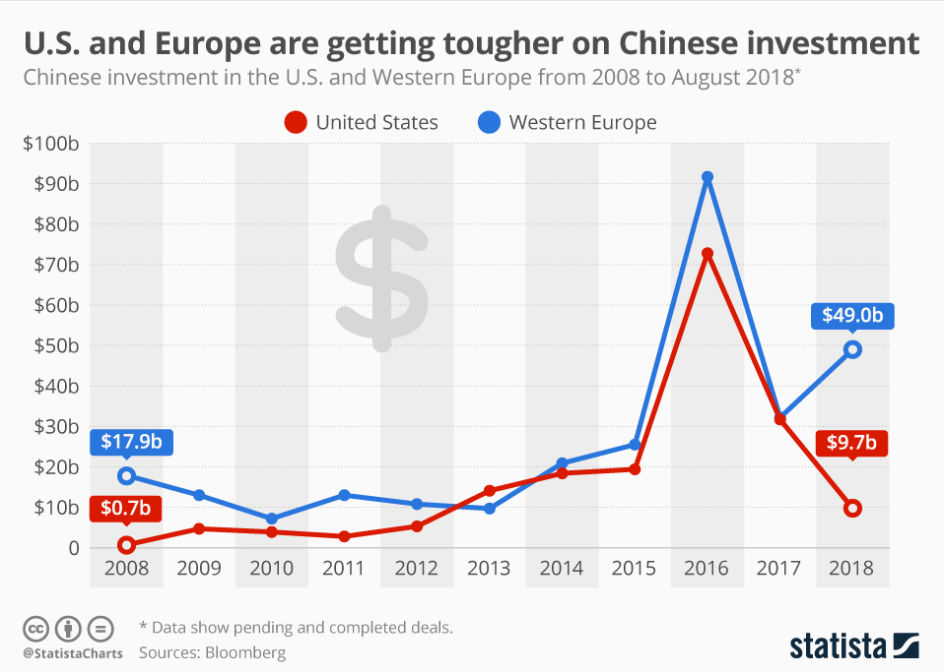 However, since the shopping spree that China went on in 2016, which led the EU members to impose harsher restrictions on FDI, the number of takeovers by china has declined by a significant amount. 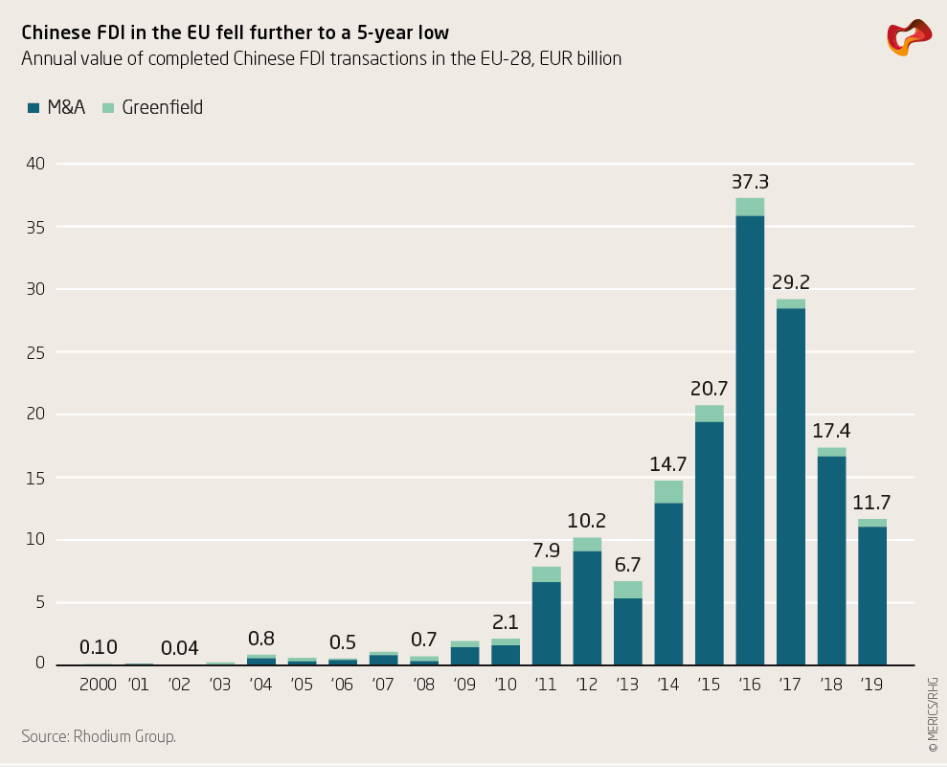 Before Margrethe Vestager made the statement, several other officials brought this situation to the public’s attention. Germany’s Minister for Economic Affairs and Energy Peter Altmaier stated that Germany will protect its companies that have been weakened by the pandemic, “I say to all those people in hedge funds and elsewhere who are looking forward to acquiring one or the other [German firms] on the cheap — make no mistake, we are determined to stand by our companies.”

“Berlin will also set up a €500bn bailout fund that will take stakes in stricken companies, in what amounts to a radical intervention by the state in the workings of the market economy.” In a Forbes article, it stated that NATO also warned EU members of  “Chinese companies swooping in with buckets of cash to buy strategic stakes, or majority control in US and European companies as asset prices fall due to the pandemic.”

As the statistics show that Chinese foreign direct investment has only been in decline since 2016 and there is no concrete proof of Chinese companies taking over EU companies more than before the pandemic outbreak, the claim of China taking over large amounts of European companies in the past years is false.

Mostly true: No major sporting event has yet improved the human rights situation in the hosting country
January 24, 2022

False: “Corona vaccine kills more people than all other vaccines in the past 20 years“
January 18, 2022