Blog: Facing dilemmas while researching statements about environment and ecology 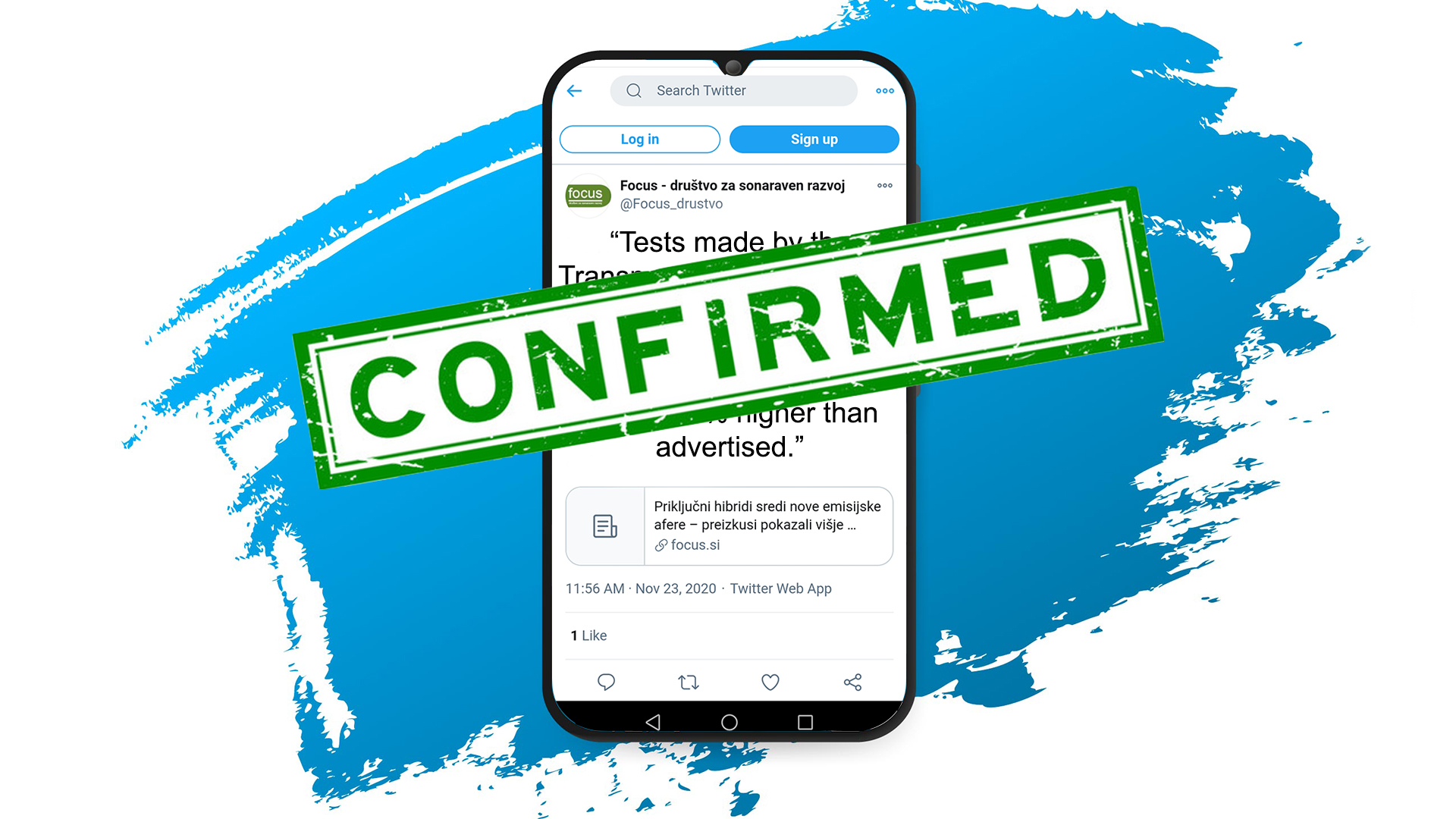 Which tweet to choose? How can we get enough information to be sure of our prediction? And how to simplify complex information? What have we learned?

Environment and ecology are very hot topics nowadays. We can see a lot of new research about pollution, global warming and food waste, but because of the high number of research done, we really don’t know which facts are real and which are false. That’s why we chose to fact-check a statement surrounding this theme. We found two tweets (see below) that were interesting. First tweet talks about a test made by the Transport and Environment campaign group that shows that emissions of the three best selling plug-in hybrid cars are 28-89% higher than advertised. The second one describes that municipalities around Gorica are the most energy efficient municipalities in Slovenia. Eventually we decided to go with the first one, as we thought that this theme is closer to us and has more potential to gain additional new information about. Because this tweet had two statements, we chose to fact-check only the second one, as it was more understandable and very straightforward.

How did we get enough information to be sure of our prediction?

Although the tweet from Focus Association was based on real checkable research from the Transport and Environment campaign group we decided to do additional checking. At the same time, we ran into a problem, as it is difficult to find an impartial expert in the field of ecological cars. We opted for journalists covering this area. As there are not many media with automotive content in Slovenia, we chose the journalist of Automagazin Matjaž Korošak and the editor of the Auto Finance portal Miloš Milač. Korošak was clear: “Plug-in hydrides follow the needs of the market.” However, Milač’s opinion was controversial, as he said that the fact from Focus was scandalous. On the one hand, he undoubtedly confirmed their claims, but he pointed out that they also use this method of advertising in other areas such as fruit juices. He wrote: “Car manufacturers prepare for them in such a way as to achieve the best possible result. Therefore, they are not thieves yet, they are trying to show themselves in the best light within the limits of official measurements.” We wanted the fact to be confirmed without a doubt, but due to Milač’s opinion, we then chose mostly true, as he pointed out that numbers do not mean everything, but their interpretation.

Uncheckable statements and opinions vs. facts

Although we believe experts in the field are knowledgeable and reliable source of information – especially if another expert or a relevant study also confirms that information – we had to look twice at some given statements. Milač, for example, mentioned that EU legislation is made in a way that intentionally reduces official numbers of measured hybrid emissions. More information about his claim can be found in our original posted fact check.  He also added that this so-called “formula for reducing emissions” is publically available and can be looked into. That’s why we started searching for the formula, but could not find it. We reached back to Milač asking him about the formula and he followed-up saying that after a check he also could not find the formula he told us about initially. However, he said, that an expert in the field told him about it years ago. Given such circumstances, we could not rely on this information. As controversial and important from a journalistic standpoint as this information is, it didn’t matter much for our fact check, as the final verdict had nothing to do with this statement either being true or not – although it would surely be an interesting upgrade.

How to simplify complex information?

Overall, we have talked to two experts, reached out to the Focus Association and read one study on the subject of hybrid emissions. All gathered information has to be in one way simplified to become presentable to a broader public. This is why we have created a video that briefly explains how we came onto the idea of creating this fact check as well as what our correspondence was like and the final rating of the Tweet. We have decided to create an animation from the beginning, but it proved difficult to learn and animate the video as such. This is why we used content that’s available to edit with no copyright violations and edited them in Photoshop and later Premiere Pro to get the desired effect. Although the video does not give much context to the fact check itself, it does familiarize the viewer with the topic and perhaps gets him interested to read more about it.

What have we learned?

Even though we thought at first that fact checking would not be so difficult, we had some obstacles on our way. The choice of the theme for research was not a problem, but getting a lot of various information from different sources was a little bit harder than we expected. Especially, because we did not get the response almost until deadline day, but also, because this exact answer could potentially change our prediction. Despite that it was in fact the case, the responses still brought us to conclusion, which we preliminary thought about. The Covid-19 pandemic also was not working in our favor, because we had to improvise and seek for other ways of getting information that we would in “normal times” get in person. Nevertheless we got all the results we wanted, and we were able to present our findings properly and confirm our predictions with evidence and facts.