Blog: False information in the era of covid-19 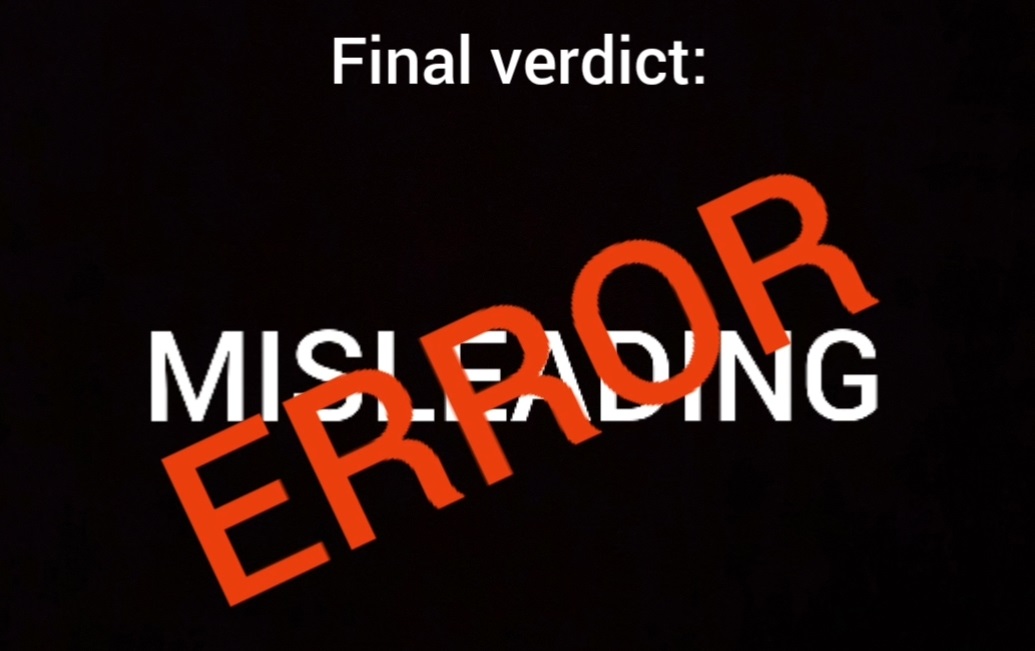 The Covid-19 pandemic is a health crisis that many predicted but the world was never really prepared for. Life as we know it isn’t there anymore.

The times of struggle create the favorable environment for the production of bullshit, which in the era of the internet share faster than anything. As an American philosopher Harry Frankfurt, who wrote the book On bullshit, would say, Marko Potrč, former commercial TV presenter and current social media influencer, is not a liar but a ‘bullshitter’. This means he makes deceiving statements by taking them out of context to make them “simpler” and narrow enough for general public following.

Since he is not a health professional the facts that he presents are taken out of interviews and his research corraborates his point of view. So, in his defense, he never takes the responsibility for the presented content. Either he claims “the presented facts are proved by professionals” or emphasizes that the presented content is “his opinion only.” Nevertheless, he has gained attention and reach through diverse social media content during the covid-19 crisis.

Ignorance, doubt, uncertainty, and a lack of trust in the government lead people to find the news on the social media platforms where most of the information is unverified. Nowadays when everyone can be a creator on social media it is hard to recognize the difference between fake news and legit sources. Lack of trust in tough times pushes people to seek ‘other truths’ not mentioned in established media and social media seems the fastest way to find them.

Slovenia, as most of the Western countries, is struggling to cope with the scale of epidemic. People who are so used to live in a free and democratic world with all its benefits are now standing in awe. Lockdowns, uncertain future, increasing unemployment and most of all a lack of freedom are making high impact on the people.

Slovenian government handled this health crisis poorly. It started in April when the Minister of Economic development and technology Zdravko Počivalšek was involved in a political affair regarding the purchasing of medical equipment. In the following month this led to protests but the minister did not resign. Because of the constant lockdowns and the lack of trust in the work of the government many searched for information regarding the novel coronavirus on the social media. Former TV presenter and current social media influencer Marko Potrč exploited the circumstances and became more active on Facebook. He focused on criticizing government measures, which also resulted in undermining the health professionals and their work. As his audience grew, he started posting videos in which he presents his views as a kind of a TV presenter. He also recorded an interview with an expert with whom he shares the same opinion on the matter. At the end of the year, he went even further. Because of a new lockdown in Slovenia, he and his family moved to Sweden, where the government has not imposed any tough covid-19 restrictions.

Because he told his followers what they wanted to hear, he gained a lot of supporters and sympathizers. One does not become an influencer to only share his or her views – behind this decision are always personal motives. With posting an interesting and viral content the influencer promotes himself, which can also mean earning money.

We decided to check one of his statements about the novel coronavirus in his Facebook post. During the factchecking process we were faced with many problems. Because he was constantly undermining the health professionals, the experts which we contacted were a bit skeptical of giving us their professional opinion regarding the matter. Health professionals helped us with their answers yet they wanted to remain anonymous. We also could not get a response from Potrč as he ignored all our messages. As we are not medical students and the topic was purely scientific it was also hard for us to understand it. That is why it was crucial to get the expert opinion and explanation.

When we started gathering all the information regarding PCR tests we could not jump straight to conclusion if Potrč’s statement was true or false. The experts did not deny the statement but we proved that the fact was taken out of context. In his posts, Potrč offers facts without further explanation so it is easier for general audience to understand. He does not provide sources he refers to, yet the likes and audience engagement on his posts, prove us people still trust him. We found it difficult to choose between the offered verdicts as the fact was not completely untrue. The test solely does not tell us if the person is actively infected or even contagious, but the test must always be interpreted with a full clinical picture or additional tests. We concluded that the fact is misleading, mostly because it lacks the context that plays an important role in its understanding. This would also be the most correct verdict to make, but because the EU Factcheck project does not offer it, we decided to go with ‘mostly false.’