Blog: How does news media choose the experts it gives voice to regarding war in Europe? 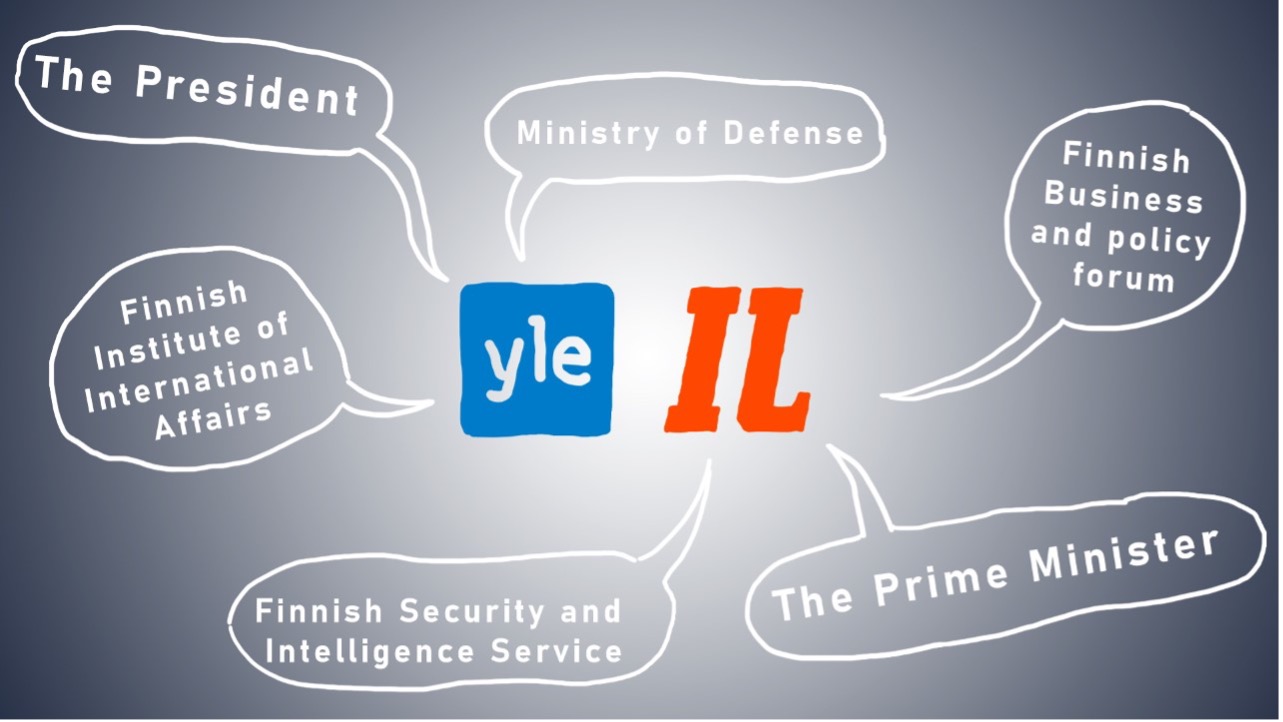 The year 2022 has had a difficult start for Europe. In February Russia started a war against Ukraine. This has been challenging for Europe, and perhaps especially for Finland as it is Russia’s neighbor. As journalist students from Finland, we found ourselves wondering who are the Finnish experts talking about Russia’s invasion of Ukraine in the media. We wanted to find out how experts are chosen to be interviewed in the media about such matters.

Finland has had to learn how to survive as a small nation in the shadows of a global power. Due to Russian invasion of Ukraine the way Europeans and especially Nordic countries talk about Russia has changed significantly. More specifically in Finland and in Finnish media field the diplomacy with our eastern neighboring country has been shaken.

Why is it important?

Experts give the voice and the point of view to the media. We think it is important to find out on what basis the media selects experts. Based on which merits are they chosen? At the same time, we are paying attention to whether the experts are always the same, or has the Russian invasion of Ukraine created a situation in which the media have given voice to some new experts? We chose to compare two different medias in Finland: Yle and Ilta-Sanomat. Ilta-Sanomat is a commercial media and Yle is non-profit financed by tax money.

Initially, we contacted two of Finland’s largest media houses to ask for their comments on our topic. Yle news manager Reeta Kivihalme and Ilta-Sanomat’s Sanna Mattila have shared some starting points on how they select experts, but detailed answers are difficult to obtain. Thats because the choices are influenced by many individual journalists, as well as different news managers. Therefore, they have not wanted to take a general position on the selection criteria for certain experts.

There were however some general guidelines that Kivihalme and Mattila agreed with: The merit of an expert interviewee is always checked. Where do they work? What kind of research and publication work have they done? Have they appeared in the media before? What kind of views do they post on Twitter or other social media platforms? The choice is always influenced by the expert’s ability to say things clearly and understandably. Some experts can speak more freely, and others have more limitations because of their status.

An example of the latter are the Defense Forces. We interviewed Finnish Defense Forces Network communications manager, Ossian Hartig, about the subject of experts talking about Russian invasion of Ukraine. He said that Finnish National Defense University recommends experts to talk to media according to their expertise. These experts from the National Defense University have researcher status so they can comment on the subject more freely.

Where does the media find the experts?

Speaking to media representatives, we heard that some universities have voluntarily provided their experts for media use. The idea sounded contradictory. According to our experience, normally journalists contact the university’s communications either by phone or email and ask if there is a suitable expert for their case.
University of Turku, for example, answered that it is common to send media releases about new research results. In addition, they compile thematic lists of experts and provide them to the media. For example, during a corona pandemic they have maintained a list of experts on Corona issues. The latest list to be maintained, which has been offered to the media, is a list of Russian and international crisis experts .

Apparently, with the current news topic, the need for a wide range of experts in various fields is so great that the experts themselves want to express their views. It is important for the public to have the most expert information possible in a situation that has produced an unprecedented number of false claims on social media worldwide.

Many of the same experts may appear frequently in the media because they are known to provide information quickly when needed. Some of the experts have appeared in the media so much that they are already familiar to most of the people following mainstream media in Finland related to the subject. This is due to the reasons mentioned earlier: these people can provide clear and valuable information very quickly when needed. On the other hand, there are also individuals in the media right now who we’ve not heard of before. Universities can recommend individuals whose field of research deals with topics that are relevant right now and that’s why there are indeed some new faces in the media talking about such matters too. Some of the experts have been selected through recommendations.