Blog: Is it easy to be old? What it is like to be pensioners in Russia and Latvia 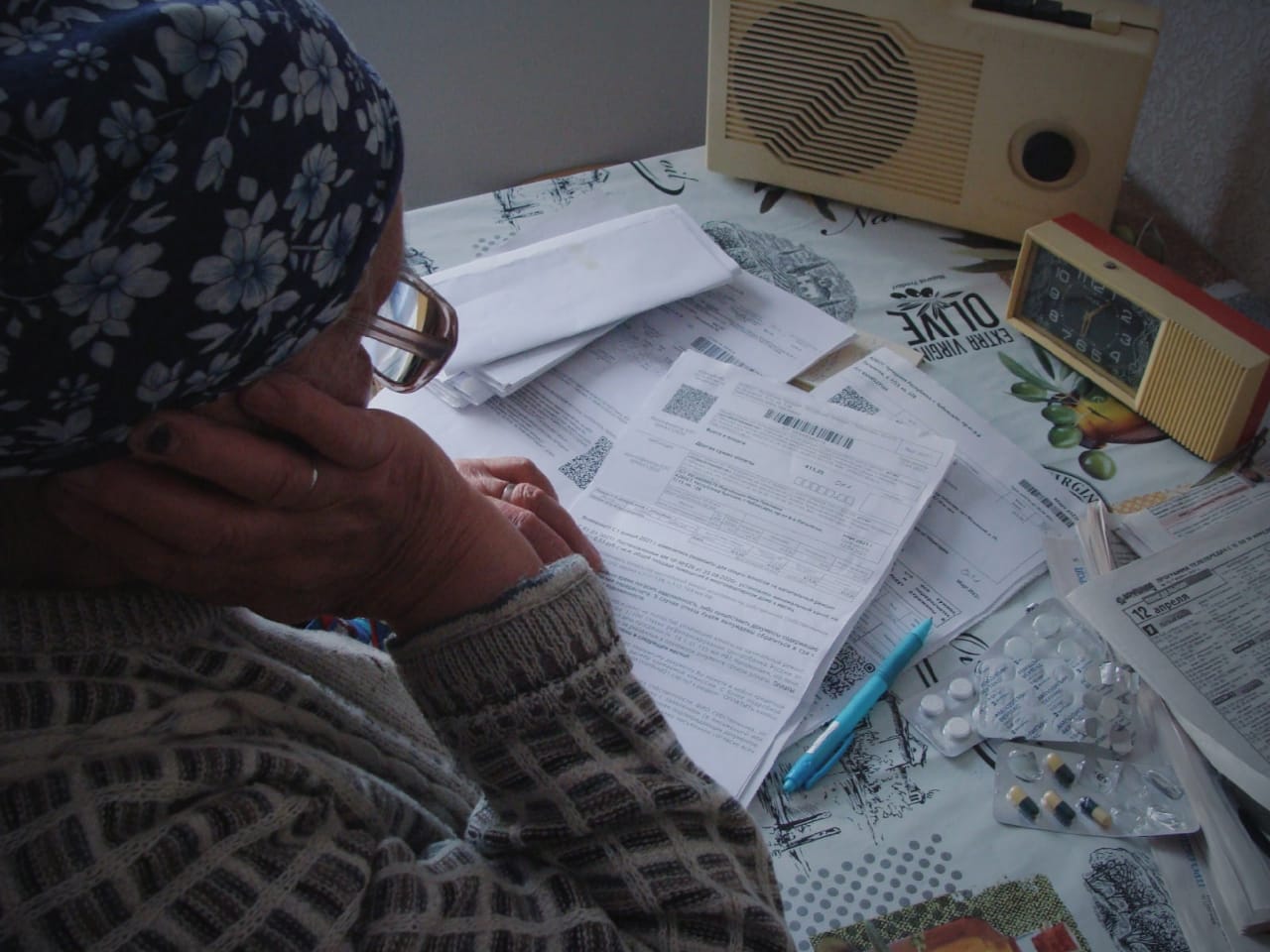 In our last FactCheck, we concluded that deputy Yevgeny Stupin was completely wrong in his claim that an average pension size in Latvia is 1000 euros. We have also come across the newest report made by the Federal State Statistics Service of the Russian Federation which states that in July 2020 an average pension size in Russia was 14 150 rubles (181,41 euros), instead of 19 000 rubles (250 euros) declared by Mr Stupin.

As we found out, pensions in Latvia are only two times higher than the Russian ones and not five times as it was claimed by the deputy. So, we got the idea to figure out how much money a single pensioner must spend on basic services, and what amount of remaining money they will have after paying for necessities. To do this, we asked two pensioners, one from Russia, another from Latvia, to share the information about their living expenses with us.

Both pensioners are paid about the same amount as identified in the official statistics – the Latvian pensioner gets about 360 euros, while the Russian one gets around 180 euros.

We wanted to analyse: a) utility bills, b) average prices for basic food items.

First, we will show how much single pensioners from Russia and Latvia pay for housing and utilities on average per month. We asked them to provide us with utility receipts for June and July 2020 to compare the average costs for such basic parameters as electricity, garbage removal, heating, water, and house maintenance.

You can see the original receipts and their translations given below. Since the costs in Russian bills are indicated in rubles, we converted all positions into euros using the rate of 78 rubles per 1 euro, which was relevant as of the end of June and the beginning of July 2020.

For illustrative purposes, we created mini tables for each analysed parameter.

The first thing we checked was electricity (Table 1).

Unfortunately, the Latvian pensioner could not send us a copy or a photo of the electricity bill, for which there is a separate receipt, and could only tell us the data specified in the bill.

Nevertheless, we see an indicative picture in which a Russian pensioner, while having almost identical indicators of individual electricity consumption with the Latvian one, pays almost three times less for it. This puts the difference between the bills at 180%.

Then we compared how much do pensioners in both countries pay for garbage removal (Table 2).

* The principles of setting tariffs on garbage removal differentiate in Russia and Latvia. In Russia, the unit of calculation is a cubic meter, in Latvia, it is the number of people living in an apartment.

Here we can also observe a big difference in prices for the service. The pensioner from Latvia usually pays twice as much as the Russian one. The percentage difference, in this case, is 92%.

Heating was the next service for our analysis (Table 3).

*In Russia, Gcal is used as the unit of measurement for calculating the heating cost, while in Latvia it is the square meter of an apartment.

**13,33 euro is a fixed price that the pensioner pays every month throughout the year

In Latvia, most people pay heating bills only during the heating season, which usually lasts from October through April. At the same time, the cost of heating varies depending on the average outside temperature. The colder it is outside, the more one has to pay. The data presented in the table is taken from the January 2020 bill (that winter in Latvia was considered one of the warmest in history), therefore we can affirm that heating bills that year were relatively cheap.

We also provide a part of the receipt where the information about the amount paid is indicated (Figure 3).

That is, a Russian pensioner can pay for heating approximately 160 euros per year, while a Latvian one can spend about 475 euros. This time we are speaking about 196% difference in fees between two countries if we consider an annual payment.

The fourth parameter for analysis was water fees and bills (Table 4).

In this case, we can immediately see a colossal difference in tariffs and bills. The Latvian pensioner used 2,3 cubic meters of hot water in June (without using cold water), for which he paid a total of almost 27 euros when the Russian pensioner paid less than 6 euros for 7,4 cubic meters of cold and hot water. Here the percentage difference turned out to be 372% even though the person who used less water paid the higher bill.

We think it is clear that the last analysed parameter shows the same results as the previous ones: all Latvian bills are many times more expensive than those in Russia. In this case, we see a 65% difference.

For the second part of our research, we decided to compare food prices in Russia and Latvia relevant as of summer 2020. To find consumer prices statistics we used the websites of the Federal State Statistics Service of the Russian Federation and the Official Statistics Portal of Latvia. A list of compared items and their average prices are placed in a general table below (Table 6).

As we can see, statistics show a clear difference in prices between the two countries. Food prices in Latvia are, in total, higher than Russian prices for the same items by about 30-50%. The smallest price difference is 6% when buying apples, the biggest one is when buying vodka and milk (88% and 82% respectively).

Then we made a table (Table 7) to compare how much money pensioners can spend on minimal sets of foodstuff in both countries. For this purpose, we have referred to the consumer basket to use the information about an average food consumption rate per year in both countries. As there is no such thing as a consumer basket in Latvia, we used the Russian one, published by TrudTK in 2020.

Costs per kilo for basic food products, such as meat, fruits, cereals, milk, bread, etc., amounted to 59,45 euros in Russia and 86,54 euros in Latvia. It means that the Russian pensioner has to spend at least 32% of his/her pension on foodstuff monthly when the Latvian one spends at least 23% on the same set of products.

As for the utility bills, with average pensions of 363.38 euros and 181,28 euros, total utility bills amounted to 64,05 euros (not including heating bills) and 38.29 euros in Latvia and Russia respectively. Therefore, the pensioner from Latvia spends approximately 17% of his pension on utilities, when the Russian one spends about 21% of his pension for the same purposes.

But if we include heating bills, it turns out that during the heating season (which usually lasts for 7 months) the utility payments in Latvia can grow up to 131,85 euros (36% of the pension).

Eventually, the pensioner from Latvia has about 41% of their pension left to spend on medicine, leisure and other services. The Russian pensioner in this case has about 47% left to pay for the same necessities.

To demonstrate the difference between Latvian and Russian prices for basic necessities we created a graph which shows how much money the pensioners spend on utility bills and basic food products, and what amount of money remains to be spent on other necessities (for example, medicines, prices on which we did not compare in our research) and leisure.

As a result of the analysis of average pensions size, utilities, and prices for basic foodstuffs, we concluded that despite the apparent difference in the pensions of the two countries, pensioners in Latvia are no more well-off than pensioners in Russia.