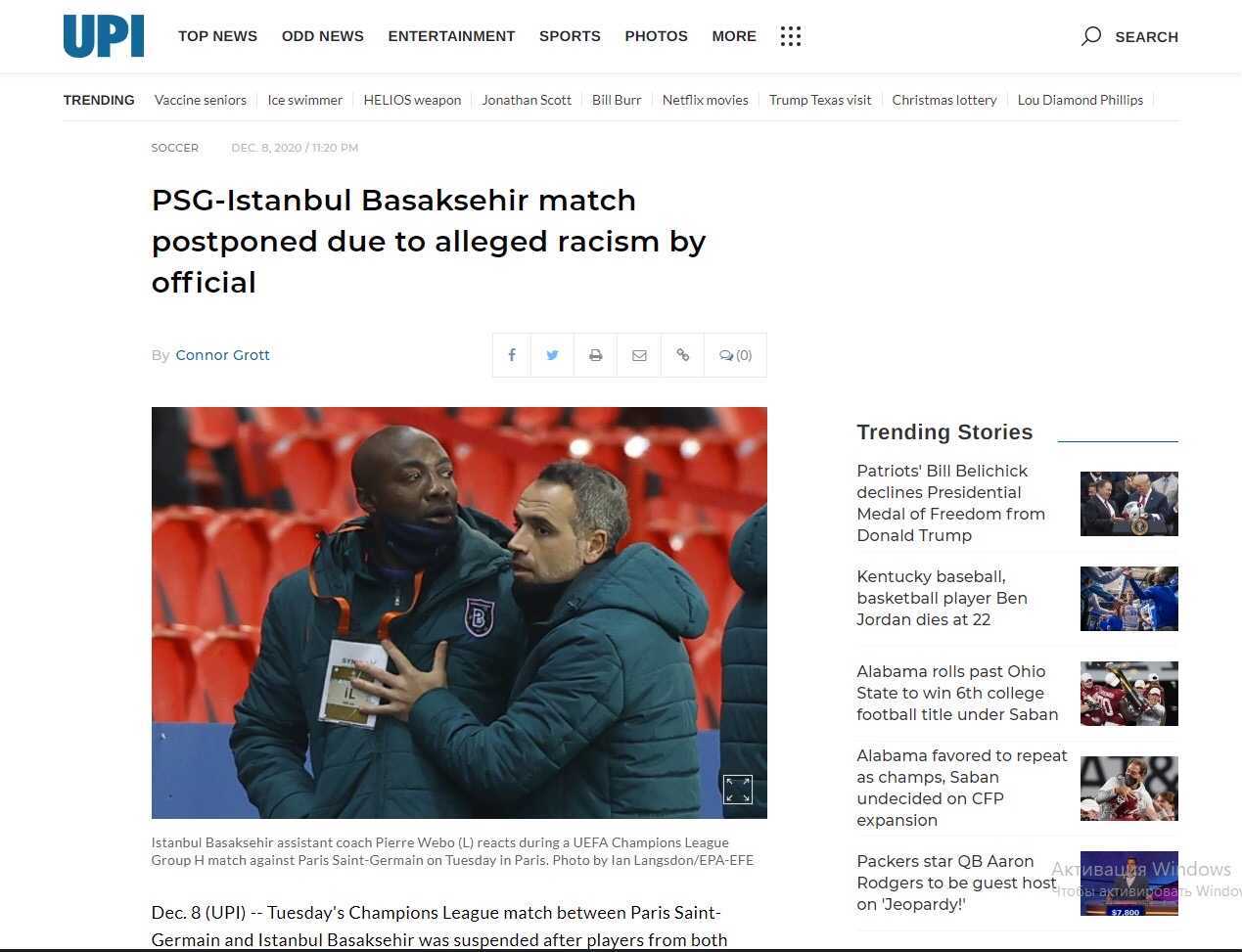 The word “negru”, which literally means black in Romanian, was carelessly uttered by football referee Sebastian Coltescu and caused a big scandal as the players left the football field on the fourteenth minute of the PSG-Istanbul match. As it turned out later, the accursed word was uttered not by Coltescu himself, but by his assistant Octavian Sovre, but nevertheless it was Coltescu who became the central figure of the scandal. And there is an explanation for this.

Perhaps the fact that it wasn’t Coltescu who said that word went unnoticed, but as it seems to the author of this blog the biggest mistake Coltescu made is that he decided to explain to the angry football players the meaning of the word he didn’t say. Coltescu said that “negru” means black. But why? Does that justify the choice of this exact word in any way? It doesn’t matter whether this word has a negative connotation, it still directly refers to the color of the skin. And if somebody mentions skin color of another person in order to describe him or her, this is racism, even if this case is not the most blatant one. While Coltescu was trying to properly explain the meaning of the word “negru”, Istanbul forward Demba Ba fairly onjected: “Why do you identify him by his colour?”

If the transcript of the conversation between the participants in the scandal, provided by the Romanian journalist Emanuel Roşu, is correct, then Coltescu’s behavior raises another question. Why didn’t he say he didn’t speak that word? Perhaps he wanted to resolve the conflict on his own, without putting his assistant in a tough spot, but in the end, Coltescu only made the situation worse. One can only speculate about the true reasons behind the Coltescu’s behavior, and the author of this blog would not want to do so.

Given the scale of the anti-racism campaign, which has long been waged by UEFA, the players were not wrong when they left the field. However, the public bullying Sebastian Coltescu subjected to is completely unacceptable, if for no other reason than because many details of this conflict still remain unrevealed. There are too many unanswered questions and inconsistencies in this story. That is why media sometimes provide mutually exclusive facts about the current situation, since the full picture of events has not yet been compiled.