Human beings as weapons: an interview with Mrs. Maguli 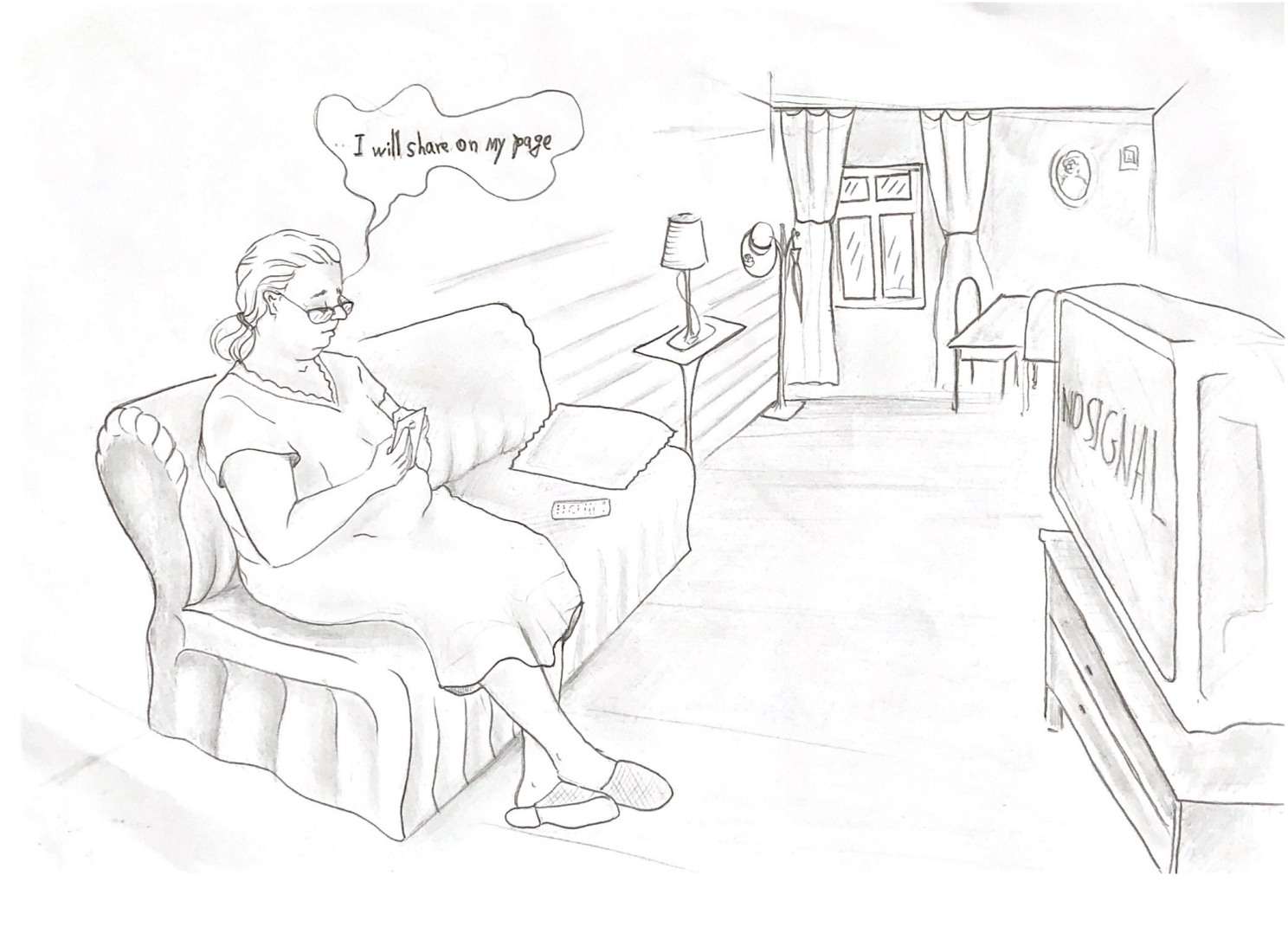 The village where I grew up is small, everyone here knows everything about each other, and news spreads quickly:

“Nika went to America to study”,

But people care about politics and foreign relations, too. In the past, those who came from the fields used to sit in front of the TV, but now they say that it has become easier to get news.

“Everything  is now on the phone, and sometimes we even watch the news from the vegetable garden”, one villager tells me.

Some still choose the TV, but many prefer Facebook: “Maguli uses Facebook, it is good that there is a lot of information, I also see relatives”,  says one of the women living in the village.

Here, everybody knows Maguli. Her son lives in a big city. People keep asking, why won’t she leave the fields to join her son?!
“Then, who will take care of the vegetable garden and the cows?’’

Nor does she like the city, going for 1 week and coming back in 2 days. Here, in this village, she has found her the group that gathers with her for coffee in the morning and she always tells them the latest news. A lot of the news comes from Facebook. Now everyone knows about this social network, but Maguli was the first to hear about it. “When Irakli went to a big city, he sent me a phone from there. It has Facebook on it too.”

I love to talk to her, and we talk a lot. We cannot agree on many things, but we both like to argue opposite opinions. Maguli is in love with Soviet-era life (unfortunately). When we argue on this topic, and I criticize Russia, she responds angrily:  “Is America and Europe better? Those rascals with gay propaganda?!’’ The last note of our conversation is this: “Oh child, you did not live in the Soviet Union and you do not know anything. You repeat things you read in books and I know what it was actually like. You would fly to Leningrad for thirty rubles. Do you even know where Leningrad is?!”

I think you have already realized that the main character of my blog post is Mrs. Maguli, and the false information which she spreads.

It was one of the coldest mornings of the winter. Maguli joined the women gathered in my house to drink coffee. She came in with wet hair, her nose was especially red …  She started speaking excitedly._

“Do you know America’s presidential candidate [Joe Biden]? He is a pedophile, I saw him on the internet yesterday, I shared it so you can see it too’.’

She sighed, and I wasn’t sure if she was upset at the story or tired from running in the cold. One or two of them picked up the phone and went in to see the news, then discussed it. (I was watching from a distance. Since I did not have the accurate and real information, I restrained myself.) Eventually, the conflict in a neighbor’s family overshadowed the Joe Biden story, though the post, as a post, remained shared on Facebook.

It was a smear campaign against presidential candidate Joe Biden. In general, similar things are brought to the forefront and activated before the elections, to push people to change their minds about this or that issue. Specifically, this lie was intended for the American public, but it also worked well in Georgia, in favor of those who want to change the attitude of the people against America.

A Russian hybrid war has been waged on Georgia for years, which directly or indirectly affects our population. The difference of this war, among many other things, is that you can become a weapon used against your own country, for instance with recklessly shared, unverified information. There are many such “weapons” in our society, and I think Mrs. Maguli is one of them.

When we start talking about a hybrid war, she immediately asserts her position: “I know war with weapons and soldiers, I have never heard of war on Facebook. This lie was invented by America to harm Russia.’’

I tried to learn more about what she thought of all this. So I thought I’d write an interview for my blog post, though it was at first difficult to get her to agree. I decided to find out where she gets the basic information from: “Actually, I don’t  turn on the TV anymore, I already get basic information from the phone since everything fits here in this small device.”

I also asked how often she shared the news on her page, and if she shared, why? “I usually share what I see, because I want to show others and help them understand what is important news in the world.’’

I asked her what a fake story is, and if she has ever come across one. “A fake story means a lie. I don’t know of any specific cases, I do not remember. But a lot is written on the Internet, so maybe there are also lies. ”

I also wanted to understand how she fact-checks the information she sees herself: “I do not know how to verify information. Sometimes I ask Irakli [her son] if it’s something really unbelievable, and he tells me whether it is true or not.’’

Has a post she shared ever been deleted? “I do not remember, although there are some things that I share on the Internet, but then it does not open anymore, I don’t know why. Recently, I shared a post, for young people like you. The post was about how America opposes visa-free travel between Georgia and Russia. All this is political, they don’t want our countries to get along. Peasant people like us do not understand that America would help us if it was really our ally. You can search anywhere in the internet, when we had war they sent us diapers and water. Why do we need water?! We’re already drowning in water. When I shared the post about that, I couldn’t see it afterwards. They deleted it. America deletes all these stories. Weren’t they the ones that invented cell phones, too?’’

I realized what she was talking about and later saw confirmation online that the story about US aid to Georgia was debunked, as well as the story about visa-free travel with Russia.

We talked a lot, and I realized that Mrs. Maguli could be used as a weapon in a hybrid war, because she shares information from unverified and foreign sources. From the analysis of her Facebook page, I can easily say that she has shared a lot of false and inaccurate information. Many of her posts get deleted, but they still reach a large audience.

This is just one example that illustrates social networks have accelerated the dissemination of information, including falsehoods. In this chaos we do not have the time and resources to process all the information. Today, information is no longer created only by journalists. We have all become journalists, and some of us will end up becoming disseminators of misinformation.

Maguli’s example shows those close to us, who are not driven by anything bad, can spread disinformation, and when Facebook deletes or fact-checks it, they sometimes do not understand why.