Blog: What does loud noise really do to our body and soul? 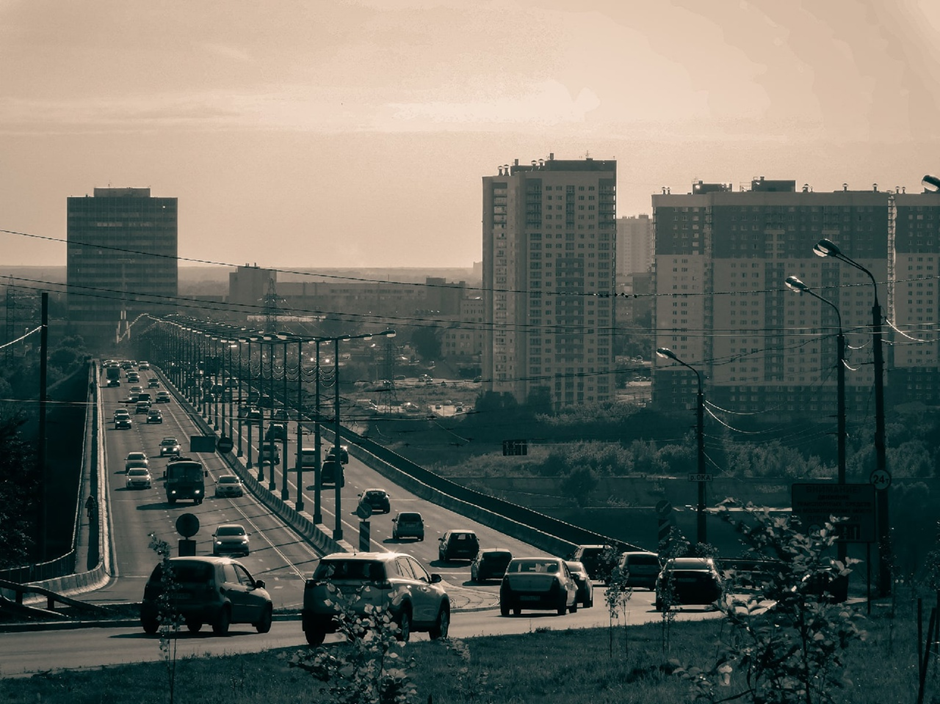 On 16 March 2021, BBC Online reported on negative health effects linked to noise pollution. During the fact check, we learned that vibrations and noises not only irritate a person and cause discomfort but can also lead to negative health consequences such as cardiovascular diseases including hypertension, gastrointestinal ulcers, vegetative disorders, mental illnesses, and hearing loss.

To delve deeper into the problem and learn more about noise, we decided to interview experts from both sides – German and Russian. Our German expert is Silvester Siegmann, he is currently the head of the Operational Safety Management Department at the Association of German Safety Engineers. And Russian expert  Klyucharyov Vasily Andreevich – neuroscientist and popularizer of science, specialist in neuroeconomics, PhD in Biological Sciences, professor at the Faculty of Social Sciences, and currently the Head of the Institute for Cognitive Neurosciences, HSE University.

What did we learn about noise from our experts?

First, we would like to notice, that both experts confirmed that noise can have a negative impact on our health. If the daily dose of sound is too high, the duration of noise exposure is too long, or the noise pauses are too short, you may develop hearing loss and other serious diseases.

We also learned that the effects triggered by the sound vibrations are called extra-aural noise effects. This includes all sound effects that do not affect the human auditory system,  for example, an increase in systolic blood pressure, heart rate, respiratory rate, hormone secretion, and sweat secretion. And surprisingly, it affects even dilation of the pupils.

In addition, noise at night can cause vegetative, motor, and EEG arousal to fragment the physiological continuity of sleep and thus impair fatigue relief. This leads to the conclusion that for the noise effect, the measure of sleep disturbance is not only awakening alone, but also the state of readiness of the brain (nocturnal vigilance state), which can be measured.

The term “arousal” refers to the general level of activation of the central nervous system associated with an increased sympathetic tone. This state is characterized by alertness, wakefulness, heightened responsiveness, or attentiveness, with no emotional component. During sleep, for example, the arousal level is very low, whereas during fear or in combat situations the arousal level is high.

WHO reports about noise

Another way to consider the issue of noise sensitivity is to think about social groups that may be more sensitive to noise. For example, people with pre-existing physical or mental disabilities experience more irritability when exposed to noise and may potentially be more vulnerable to the adverse effects of noise on mental health. Similarly, it can be much more difficult for people with hearing impairments to communicate in a noise-polluted environment, and this can lead to symptoms of mental illness. People who report an increased sensitivity to noise will experience more irritation from noise, and therefore are at risk for mental disorders (Stansfeld et al., 2002)

Poustka, Eckermann & Schmeck (1992) studied the mental and psychosomatic health of 1,636 children aged 4 to 16 years in two geographical regions that differed in the noise level produced by jet fighters, often flying training flights at low altitude. Psychological and neurological effects were not associated with noise exposure. The authors found some association between noise and depression or anxiety, but these changes were minimal and had no clinical significance.

These results are not very convincing, because the surveyed areas differed in socioeconomic status, and the results of the study were not adjusted for these factors; in addition, there were no accurate measurements of noise intensity. However, in Munich, children living in areas with high levels of aircraft noise had lower levels of psychological well-being compared to children who lived in quieter environments (Evans, Hygge & Bullinger, 1995).

The results of a longitudinal study in the vicinity of Munich showed that after the opening of the new airport, residents of settlements where noise began to act, in the answers to the questionnaire, noted a significant deterioration in the quality of life (according to the Kindl scale) over the last 18 months of noise pollution (the third stage of testing), compared with the control group of people (Evans, Bullinger & Hygge, 1998). A violation of the quality of life is a less severe consequence than a violation of mental health. Further studies have examined the effect of noise on the occurrence of mental disorders in children. According to the results of the SHES (Schools Health and Environment Study) in the vicinity of Heathrow Airport, adjusted for socioeconomic factors, chronic exposure to aircraft noise was not associated with anxiety and depression (measured on psychometric scales) (Haines et al., 2001a).

An additional study of children’s health in the West London Schools Study in the vicinity of Heathrow Airport (Haines et al., 2001b) established an association between aircraft noise levels and increased hyperactivity, as determined by the SDQ (Strength and Difficulties Questionnaire) scale (Goodman, 1997). Hyperactivity, in turn, can lead to more stress both in children and their parents.

In fact, noise pollution is associated with various negative health effects. This is confirmed by the statistics and experts we interviewed.

Noise pollution can cause not only hearing loss but other serious illnesses as well. For example, cardiovascular diseases, ulcers of the gastrointestinal tract, and sleep disorders. In addition, noise has a negative impact not only on physical health but also on mental. Another important consequence of noise pollution is a significant decrease in the quality of life. So, things you hear consciously or subconsciously do matter on more than one level.

This is the blog post linked to the cross-national fact check on the negative effects of aircraft noise on human health by Jade University College Wilhelmshaven, Germany and Lobachevsky University, Russia