The intra-European competition for vaccination progress 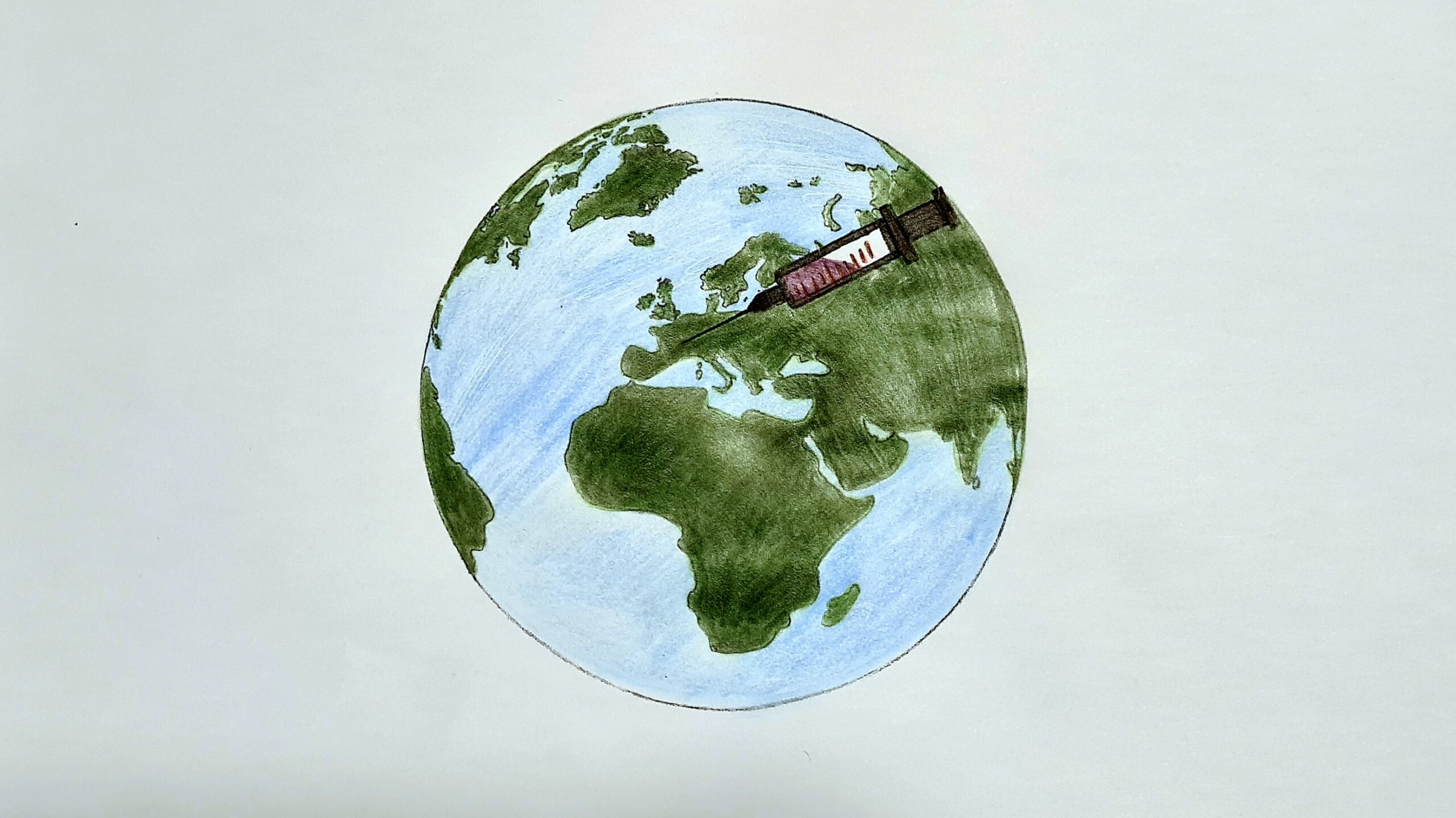 An urgent and almost pressing undertone is given by articles such as “The EU countries in comparison: Who vaccinates faster against Covid-19?” by Euronews or “Covid vaccinations – Which country is on the top?” by ZDF which are issued to the broad German-speaking population. It brings up the question: Is this constant comparison of European countries conducive to ending the pandemic and its considerable limitations? According to Dr. Christian J. Jäggi, a Swiss ethnologist, the idea of Europe means focusing on what countries have in common and not on their differences. He believes it is not helpful to let the countries compete against each other to push vaccination numbers.

The virus has become a part of our daily life

Covid-19 seems to have become an everyday thematic companion. Wherever we are, whatever news we read or whatever topics we talk about – the virus follows us wherever we go. The German Tagesschau, for example, has already created its own tab on “Corona” on its website, where all articles on the topic can be found more quickly. But we also encounter the virus in our everyday lives, such as when we go shopping with face masks on or keep distance to each other while watching a film in the cinema. Through special protective and hygienic measures such as testing, and vaccination affect our previously unrestricted lives.

Vaccination is a major topic in europe

Vaccination in particular has become a major issue in the pandemic. According to a Covid-19 survey conducted by the University of Hamburg, around 62 percent of German interviewees said they would be willing to be vaccinated. The survey, published in February 2021, also shows that vaccination readiness has increased in countries such as Denmark, France, the UK and Germany at the turn of 2021. According to the survey, people from the UK and Denmark are the most willing to get vaccinated, with 80 percent of interviewees saying they would. In contrast, the proportion of French interviewees who agree to be vaccinated is quite low at around 48 percent. The University of Hamburg’s survey thus already reveals differences in willingness to be vaccinated between European countries.

Such differences also catch the eye of Dr. Christian J. Jäggi. He is a Swiss ethnologist and author of the book “The Corona Pandemic and its Consequences” from 2021. In an interview, we asked him about his opinion on the different vaccination figures in Europe. He told us that there are not only geographical differences in vaccination readiness. According to him, there is also a noticeable urban-rural difference. More people who live in the city are vaccinated than people who live in the countryside. But according to Jäggi, reasons relating to people’s professions are also decisive. Doctors or other health care workers are vaccinated because of Corona regulations, whereas other professions can decide whether or not to vaccinate, regardless of their occupation. The measures that countries have introduced independently and individually in the pandemic are also one reason why vaccination numbers vary so much across the continent.

In fact, a Germany-wide Forsa survey from October 2021 with unvaccinated people describes why they refuse Corona vaccination so far. The reasons for this rejection vary. About one-third of the non-vaccinated interviewees refuse to be vaccinated because they consider the vaccines released so far to be insufficiently researched. 18 percent admit to being afraid of the side effects, 15 percent are afraid of possible long-term consequences or health effects of vaccination and 10 percent of the non-vaccinated interviewees, therefore, consider the risk of vaccination to be higher than its benefit. Only nine percent of the interviewees consider it quite unlikely that they themselves will become seriously ill with Covid-19. The Forsa survey also found out that more women, who are afraid of intolerance to the vaccination, than men refuse vaccination. Most of those who refuse the vaccines available so far are 55 years or older. Also striking are the 29 percent of interviewees aged 18 to 39 who refuse vaccination because they fear it could have negative effects on their fertility. These results are only representative of Germany and therefore cannot give any information about the reasons for not getting vaccinated in other countries. However, the results could be similar in other European countries with similar vaccination coverage in a potential study.

A possible look at the future

At the end of our interview with Dr. Jäggi, we asked him for his assessment of the forecast of vaccination numbers in Europe. He estimates that in spring 2022 the pandemic will gradually level off. Jäggi also assumes that vaccination participation will increase in the future and that the spread of the virus will be inhibited. He compares his time estimate with the duration of the Spanish flu, which raged worldwide from 1918 to 1920. Furthermore, the Swiss ethnologist estimates that research around the Coronavirus will increase and therefore also have an influence on European vaccination activities. “The decisive factor for vaccination is the health process. People hardly know what to expect, so they get insecure and don’t get vaccinated. If more research is done, then they are more likely to get involved in vaccination,” Jäggi said. This thesis would also be supported by the German Forsa study, the results of which show that most unvaccinated interviewees consider the current vaccines to be too unresearched.