Mostly False: The YES! survey is representative of the European youth

YES! (Young European Survey) is a project created by the youths of different political parties. It was born with the purpose of knowing the claims of young Europeans citizens regarding the elections on the 26th of May. The organization created a survey to define the future of the European Union. However, the method used to collect data did not appear anywhere and there was a political strategy behind the project.

YES! (Young European Survey) was born fundamentally to know what political issues young people want from the next mandate of the European Parliament. The organization is formed by young volunteers from the different political parties that have participated in it.

Between the 12th of October and the 8th of November, YES! carried out a survey lead by the young militants of Les Jeunes avec Macron from France with the support of other entities. The official results were published on YES!’s website and made reference to the following statements: the geographic areas studied, the age limit, the average age and the professional activities of the participants. Furthermore, the results were expressed in terms of: number of people that completed the survey (21.277), the percentage of people who do not feel freedom provided by Europe (72%), the percentage of people with the intention of voting on the 26th of May, and the percentage of citizens that feel European (82%).

Based on the results discussed above, YES! drafted the different measures that the European Union should take from now on, taking into account what young citizens expect from this political institution. As a result, we were able to expose the weaknesses of YES! that allows us to question the reliability of its conclusions.

These three ideas that we detected make us think that it was possible that the program YES! was a Push Pulling poll. The danger of this type of polls is that it can be a strained survey with premeditated questions, whose only aim is that its results match with their predetermined conclusion, generally based on a political incentive.

The author and the source

The movement responsible for the creation of you-th entity YES! project was Les Jeunes avec Macron. Notably, we have to mention Martin Bohmert, executive member of this group and of En Marche. The rest of the political parties that collaborated were Jóvenes Ciudadanos (Spain); Future Dem (Italy); Les Jeunes avec Macron and Jeunes Démocrates (France); Jeunes cdH, Jeunes MR and Jong VLD (Belgium); Jonge Democraten (The Netherlands); Junge Liberale NEOS (Austria); Momentum TizenX (Hungary); Mladí Progresívci (Slovakia) and Uniunea Salvați România (Romania). It is extremely important to point out that these organizations identify themselves as centrists, pro-European and anti-Brexit.

The primary source of the project, which is based on the results obtained in the survey, is not entirely reliable. We start by saying that the project has been promoted and maintained over time by political parties, i.e., entities with political and ideological intentions and with communicative strategies behind them. If we add to this the idea that all participants belong to the same ideological wing, we can affirm that behind the opinion poll there is a much greater intention than to know what the youth think about the EU: basically, saying that the young people want to remain European.

As if this was not enough, the survey presents several methodological flaws, as Carles Pont, Doctor of Communication at the Pompeu Fabra University in Barcelona, sustains. First of all, it can be said that the sample of individuals surveyed is not representative, neither quantitatively nor qualitatively, of the universe of analysis. In a quantitative or numerical sense, for a survey to be representative, for example, in Spain, it has to be conducted on 1,500 people, given that, once this number is reached, the sampling error is very similar. So based on that information, in Europe it would have to be conducted on 24,000 people. However, only 21,277 people answered.

Then, in a qualitative sense, the survey has to study who has participated. In this sense, the results of this one are very unclear when defining a profile. They only mention the geographic areas studied, the age limit of the people they have surveyed, their average age and their professional activity, but in a superficial and insufficient way. Even then, one can appreciate the mistakes that they have made: only a few countries from the European Union (9 out of 28) have been surveyed. 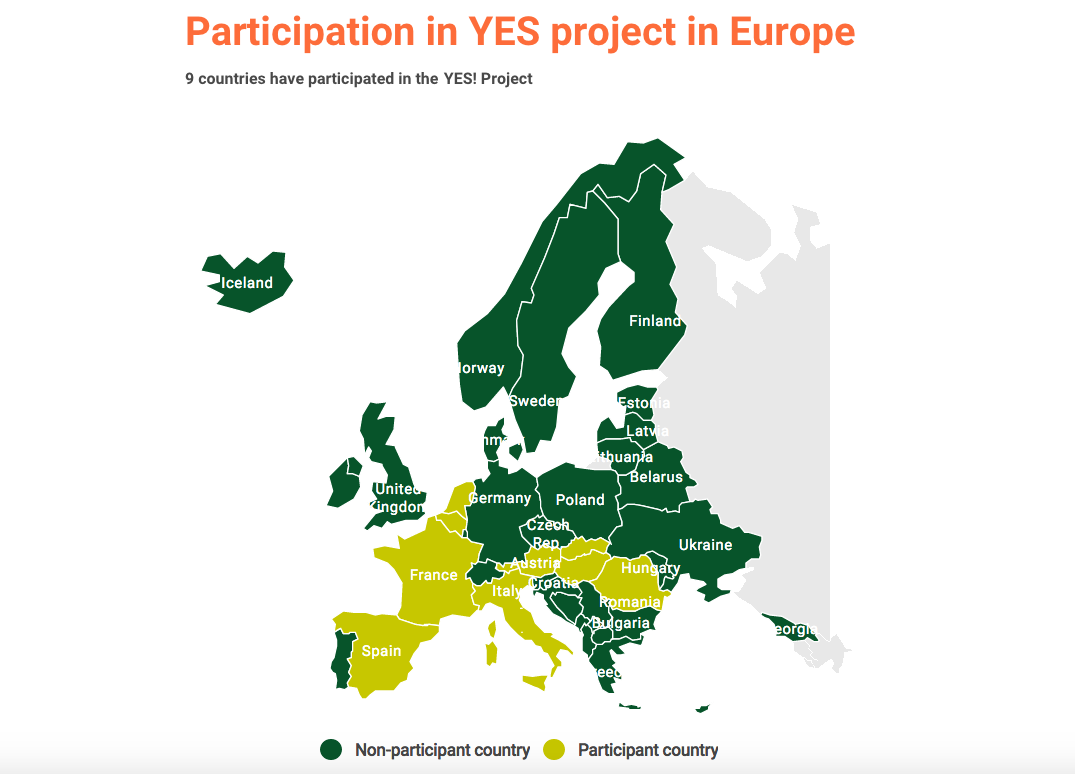 Only 9 countries of the 28 countries that form the European Union have participated in the project. Source: YES! (Young European Survey)

Furthermore, the age of the participants does not respond to any logical pattern, since there is a great difference between a person of 15 and 35 years of age – not to mention that underage do not even have the right to vote. Additionally, the average age is not justified in any way, since the number of people of each age who has participated in the survey does not appear, and neither does the number of people surveyed in each country. We cannot forget that it would not be advisable to report which correct areas of each European country have been analysed since the results can vary greatly depending on whether one asks in working-class neighbourhoods or high-class areas. The contextualization of the data, or research work, is hard to find in this project. 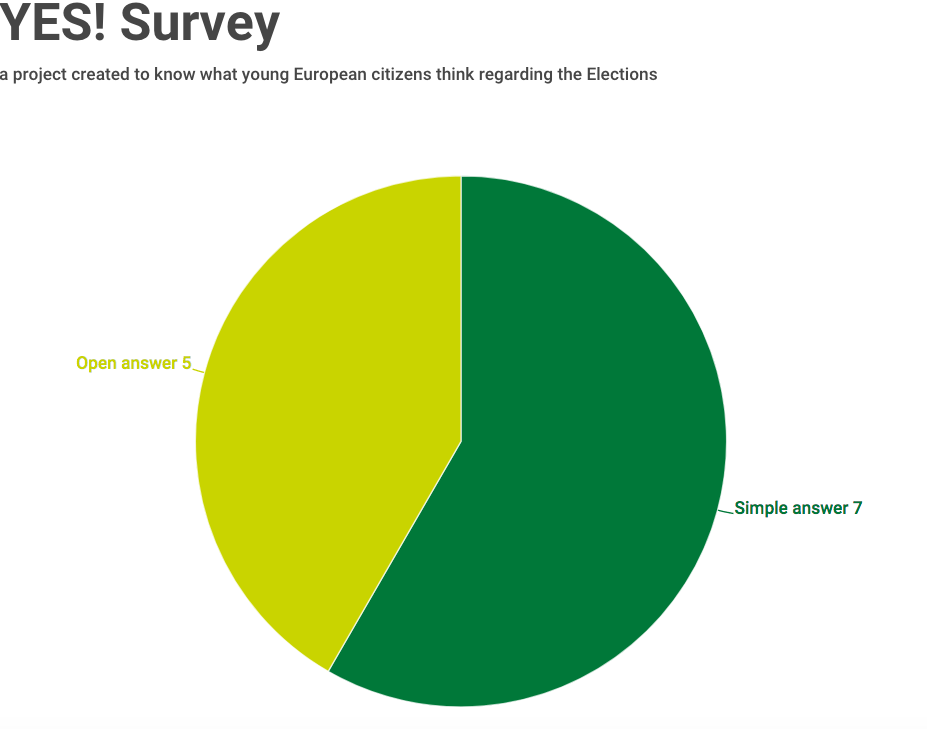 The survey was formed by 12 questions: 7 with a simple answer and 5 with an open answer. Source: YES! (Young European Survey)

Finally, the process of gathering information, has we have already specified, is incorrect. The surveys were done online and also in the street. As Martin Bohmert explained, the electronic surveys were sent mostly to the members of the parties that participated, whereas regarding the surveys that took place in the street and in the tents, participants were young people selected randomly. That means that the interviewees are not a good reflection of the universe that the survey originally intended to analyse. For instance, a Spanish citizen who votes for Podemos would never approach Ciudadanos tent. Ergo, they would have never participated in the YES! project because, directly, they would have never known about its existence.

In conclusion, we can summarize that the survey has not been done correctly. It is all a huge communicative strategy marked by a Push Pulling poll with the aim of making young people recover trust in the future and in the progress of Europe. The political communication strategy is correct; the mistake is the way of selling the survey as if it was legitimate. So, after all the investigation and having identified the flaws of the survey, we can conclude that the claims that YES!  accurately represents the views of Young European citizens are mostly false.

Read more about how we chose this subject and how we contacted with different parties for the YES! project in our behind the facts blog.