Mostly true: “Foods within the European Union are traceable all along the supply chain”

At a press conference on July 11, 2018, the European Commission stated: “Foods within the European Union are traceable all along the supply chain.” This assertion is partly true.

This was a response to Thilo Bode, founder of the non-governmental organization Foodwatch, which fights for consumer protection; he had questioned the president of the European Commission about recent food scares. In theory, foods in circulation in the European Union are of course traceable. But in reality, it doesn’t always work this way.

Tracing food from farming to being sold is not that simple

Traceability is a way of marking goods, from farming to being sold as food in the marketplace. All stages of production, transformation, and distribution are verified in accordance with Regulation 178/2002 of the European Parliament and Council. Agricultural and industrial producers alike should be able to identify anyone that has supplied them with a food item. Likewise, they should be able to identify any substance intended to be incorporated or likely to be incorporated in prepared dishes. Moreover, European law requires manufacturers to ensure that product packaging precisely labels the sources of products. For example, these producers must be able to trace the provenance of the raw materials they use. Distributors must also identify all of their suppliers.

Traceability in Europe: An interactive system

In April 2004, the European Commission established TRACES (Trade Control and Expert System), an online platform for certifying all food products, particularly as they are moved around and imported into Europe. Manufacturers must use it to log the health safety certificates that accompany the movements of animals or animal products. With this information, the TRACES platform makes it possible to send an electronic notification from the starting point to the destination, and any relevant points in between, that merchandise or living animals will arrive. Each intermediate point also notifies any other interested participants, making the system interactive.

Context : Foods may be traceable, but European authorities failed to detect the presence of bacteria in contaminated milk from Lactalis

According to several NGOs, recent incidents of food contamination, such as when eggs were contaminated with fipronil, show that this traceability is far from guaranteed. In the words of Ingrid Kragl, director of public information for the NGO Foodwatch: “Recent health safety scandals illustrate that, although traceability must be ensured, foods are not being traced. The authorities spend a great deal of time locating the contaminated batches. There is also a layer of opacity: consumers don’t have access to detailed information, such as the relevant brands and manufacturers.” 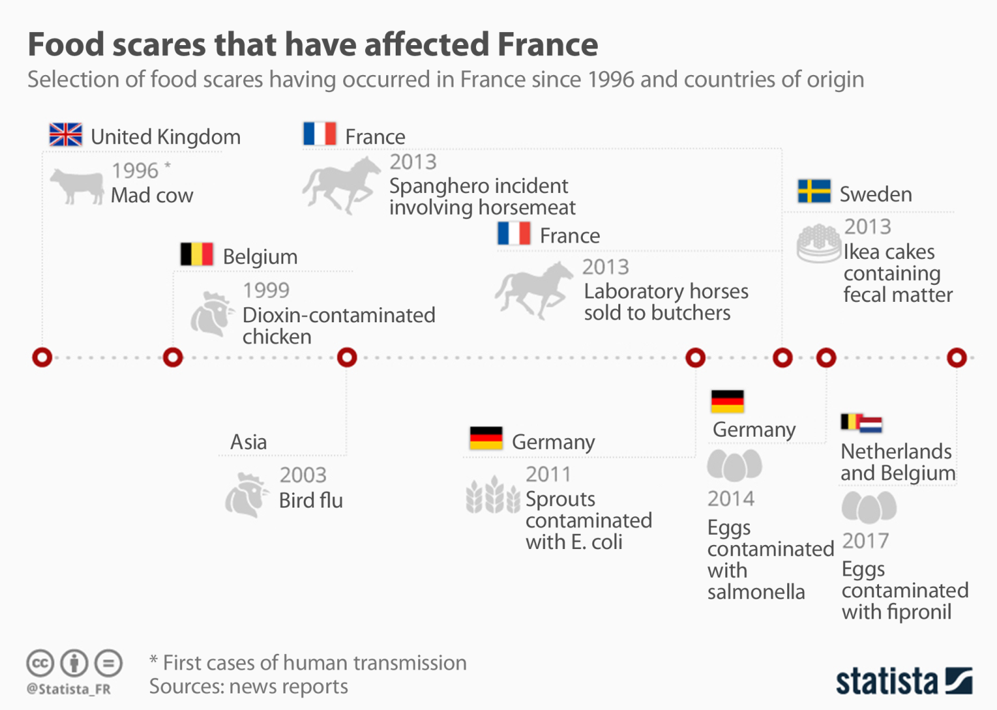 “Authorities have not determined the number of eggs contaminated by the insecticide fipronil—they are in the millions—or the precise locations where they were distributed,” according to a press release from Foodwatch. Foods may be traceable, but European authorities failed to detect the presence of bacteria in contaminated milk from Lactalis, or more recently, the presence of genetically modified organisms normally prohibited in certain foods. The goods are indeed traceable, but they are not always traced.