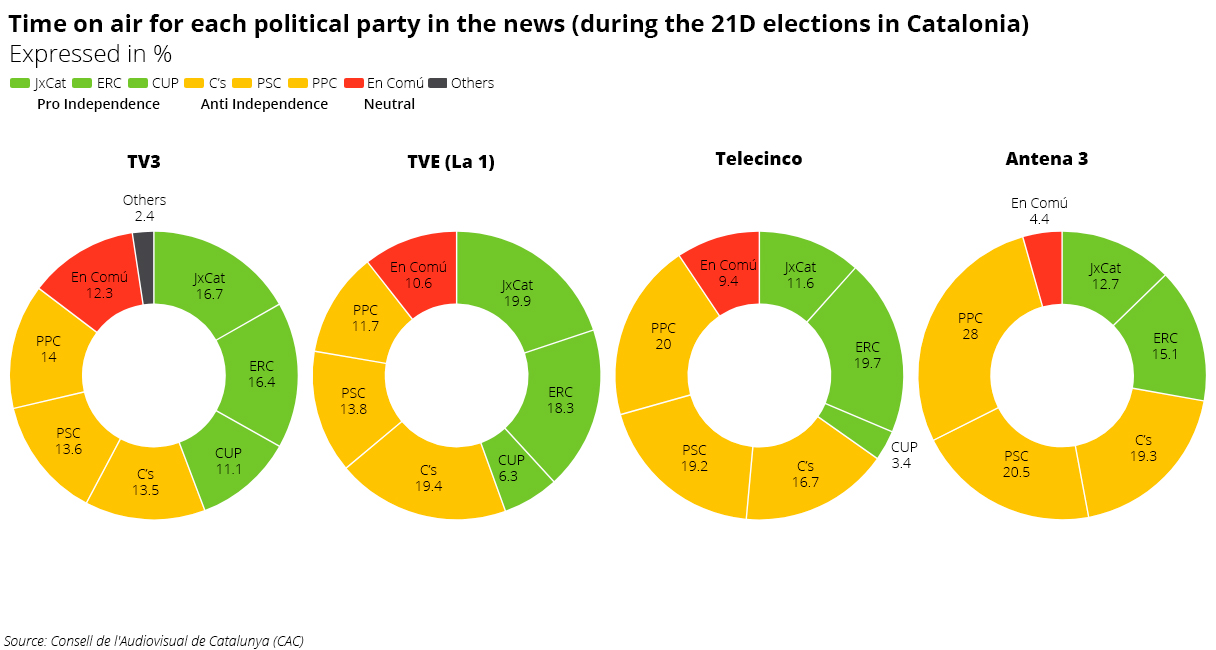 Analysing the speech of Cristian Escribano and Sergio Santamaría at the Committee on Petitions of the European Parliament was not easy, so we divided the task in different stages. First of all, we decided to split the group, in order to make things easier. The first part of the group took care of the context and the investigation about the plaintiffs, while the second part focused more on their quotes.

First of all, we searched for the plaintiffs, Escribano and Santamaría. The most interesting facts were found on their Twitter accounts and in the local news. The first thing we found was their affiliation to Partido Popular, which has been traditionally against TV3. With this discovery, we kept getting deeper in their profiles. We made different searches, and, even though they are both public figures, there was not a lot of information about them, besides the essential data we had already found.

With this part done, we started searching for some context on TV3. We found out it is the most important TV channel in Catalonia, so, if Escribano and Santamaría were right, this could be a big problem of lack of pluralism. We found different studies, most of them made by the Catalan Audiovisual Council (CAC), which is an independent regulatory body. In most of its studies, CAC showed TV3’s importance in Catalonia, so we decided to reflect it by making a graphic of 2018’s share in the country.

Moreover, we also wanted to have a global view on the topic. For this reason, we looked at a study made by the European University Institute which report on Media Pluralism and Media Freedom in different European countries. And, at the same time, we contacted with the representative of European Parliament in Barcelona, Sergi Barrera, who explained how they proceed with the petitions. Bearing this in mind, we obtained a better understanding of the petition we were fact-checking and we proceeded to analyse it. In order to organise the fact-checking we pointed out the facts stated by Escribano and Santamaría.

We followed different steps depending on the fact that the petitioners mentioned. First of all, if the quote refers to content which was broadcast we went directly to find it. In the cases where programmes or information was mentioned, we went directly to it to see if it was true. For example, on the case of TV news or particular ways of presenting the information, like the comparison between Mariano Rajoy and Hitler, we looked for the video where this was shown. It was the way of verifying the facts and knowing if some things were said out of context. At the same time, when this occurred we also tried to find other channels where a fact of the same characteristics was broadcast and nothing happened. Finally, we looked in detail at the organisms they mentioned. For example, the petitioners describe the Junta Electoral Central (JEC) as “neutral”, ignoring that it was elected by politicians, especially with affinity to the party where they were involved.