Danilo Toninelli, Italian Minister of Infrastructure and Transport, made a number of claims the 30th April of 2019 referring to different economic aspects. First, that employment rates are the highest since April 2008. Second, that unemployment has fallen 0.4 points. Third, that unemployment among young people is the lowest in Italy since 2011, and fourth, that Italy’s GDP data shows the country is ‘starting up again’. 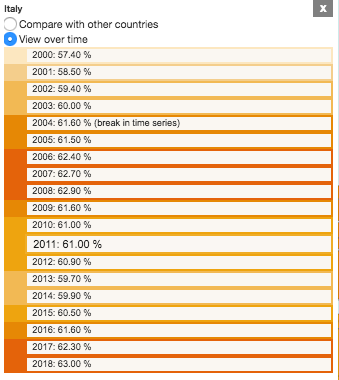 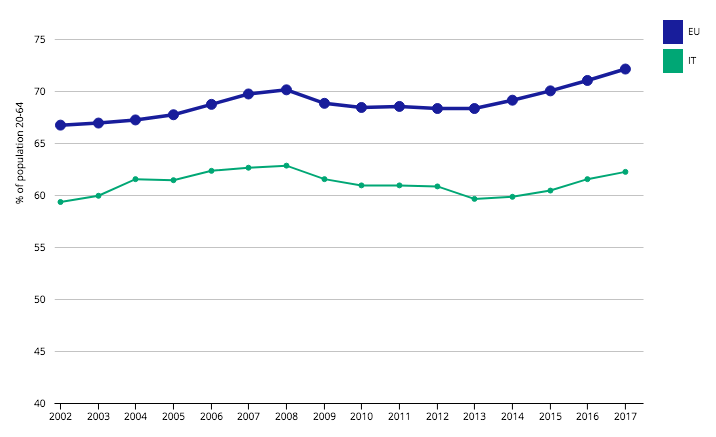 Source for both figures: Eurostat

Worth noting is that the EU average of employment rate lies at 73,2 percent, meaning that Italy is still far behind other member states. The only country with a current employment rate lower than Italy’s is Greece with 59,5 percent.

Unemployment Falling 0.4 points
This is hard to fact check, as Toninelli does not give a time frame in this claim. In the last month, unemployment in Italy has fallen 0.3 points, but over the past six months, the rate has fallen 0.4 points. This statistic is slightly misleading on its own, as six months ago, in October 2018, unemployment spiked 0.3 from the month before. If Toninelli is looking at a six month period, then this part of his claim is TRUE.

Source for both figures: Young.Stat

Italy still has one of the highest youth unemployment rates in the EU, with only Spain and Greece displaying higher numbers.

According to the Italian Institute of Statistic the GDP has increased by 0.2 percent in comparison to the previous quarter and by 0.1 per cent over the same quarter of previous year. With quarter we refer to a three month period that is used in financial activities. Quarter refers to one-fourth of a year, meaning:

For the moment, the annual GDP growth for 2019 is equal to 0.1%. We can see there is a small growth in the GDP. Therefore, the claim in itself is true.

However, this minor change in GDP can be defined as too small to actually call it a growing trend. One could argue that the growth must grow to a larger extent and persist over a longer period of time in order to be defined as true growth, and much more to actually prove that the country is starting up again.

We can conclude that the choices of reference years in the first and third part of the claim are quite misleading. Both the years 2008 and 2011 have been chosen to support Toninelli’s point that the country is in fact starting up again. If other years would have been chosen, this trend could in fact be disproven. The second part of the claim is true if you look at the most recent numbers, but there is no reference to a period of time in the claim, making it highly questionable. In the fourth part of the tweet, the actual GDP growth might be too small to actually determine that the country is starting up again.

In isolation, each of the individual claims and statistics in the tweet by Italian minister Danilo Toninelli are true. But the choice of reference points in these statistics make them questionable. Therefore, we have chosen to define the claim as mostly true.