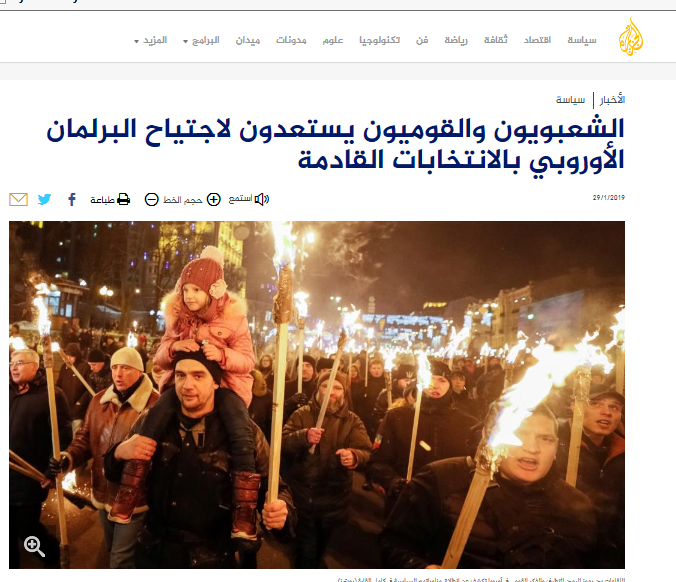 Al Jazeera quotes the French magazine Schlang: “Nationalists and populists in Europe began to conduct their political maneuvers on the continent, four months before the elections to the European Parliament. The “Alternative for Germany” party proposed a basis for an electoral plan, the goal of which is to abolish the European Parliament and then exit the euro zone. The logic on which nationalists stand in Europe has become more acute. It is time for populism.

Al-Ahram published the news entitled “European Parliamentary Elections”. The newspaper focused on the most important moment, which is the desire of the right-wing parties to achieve impressive results during the elections, allowing them to achieve goals related to the dismantling of the European Union and the restoration of each of its countries sovereignty, the abolition of the euro, immigration. Although populist parties are expected to gain an advantage in the upcoming elections, immigration specialist Karim al-Wasiti believes that the populist wave in Europe will weaken when appropriate measures are taken. “European societies are alive and aware of the danger of populists …”

Thus, the Arab editions published this news for several reasons: Arab countries fear the appearance of racists in the European Parliament due to the presence of a large Arab community living in Europe. Arab countries have strong relations with the current ruling political forces in Europe. Arab-European economic relations are good and stable, and Arabs tend to maintain these relations.