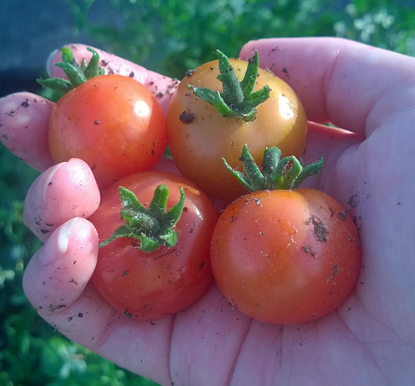 During the first weeks of the pandemic, headlines were about people hoarding toilet paper and long-lasting goods such as pasta and dry yeast. The concern about agriculture and gardening industries started to gain headlines as the pandemic continued to spread We analysed media coverage of agricultural themes from March 19 until the end of April.

The article released in late March by the Finnish Broadcasting Company YLE reported that Finland would need almost 20 000 seasonal workers for the berry and vegetable farms. Agricultural work in Finland doesn’t appeal to local workforce due to its physical nature combined with a low level of income. Workers are also required to have special skills, which migrant workers already have.

During the same time, Maaseudun Tulevaisuus (a Finnish newspaper focusing on the matters of the countryside) released an article about the same topic claiming that the planting had already been postponed and the production had been reduced.

The biggest daily newspaper, Helsingin Sanomat (HS) and YLE have been focusing on solution-oriented reporting. On April 1 HS reported how, according to the Ministry of Agriculture and Forestry and National Emergency Supply Agency (NESA), the primary productive industries in Finland needed 1 500 skilled seasonal workers. An article released on April 8 by YLE claimed that the farmers think the number of workers is too small.

The situation has since then changed. Maaseudun Tulevaisuus reported on April 26 that the government of Ukraine doesn’t allow its citizens to leave for seasonal work abroad. Ukraine is the country where most of the migrant workers to Finland come from.

The newly emerged and urgent need for local workforce in Finnish agriculture has been widely reported on the news.  HS reflected on the possibility of finding workers from the unemployed, students or from people who are suspended from duty. The reception centres have also been informed about the work possibilities for the immigrants.

YLE wondered if the workers at gardens and farms should be offered either lower wages or shorter days to make the work more appealing to the Finns. Besides that, the focus of the discussion has not been in the working conditions of the employees nor raising their wages.

Availability of Labor in the Headlines around Europe

The role of foreign labor force in agriculture throughout Europe might have been unclear for many two months ago, but certainly not anymore. According to the EU Observer, the availability of migrant workers is threatening the farmers of the EU for their planting or harvesting duties.

According to the European media network Euractiv, Spain is already considering to hire immigrants and unemployed to help the plight of agriculture.

Germany considers using the labor that already resides in the country.  The Local, the largest English-language news network in Europe reported on March 25 that Germany was denying the arrival of migrant workers to the country indefinitely. According to Euractiv, German farmers warned the government about an agricultural disaster, if the workers weren’t allowed to arrive.

Eventually, Germany changed its opinion a couple of weeks later and allowed the workers to enter the country.  There are approx. 300 000 migrant workers annually in Germany, especially from Poland and Romania.

In France, agriculture has become a national cause. The Local reported on April 7 that France had already received 200 000 applications to keep the agriculture of the country running.

Agriculture Cannot Wait for the Pandemic to Subside

The timing of the pandemic has made the problem more relevant and affected the amount of media coverage. If the sowing won’t take place soon, the harvest might stay limited and this would eventually sour the prices. Therefore, this affects every European from Finland to Italy.

In April, HS brought the profitability of agriculture into public discussion. The pandemic could be the last drop for those battling against the bankruptcy. Saving the domestic food industry must be taken seriously.

The actions for helping both domestic food production and exports have been widely reported around Europe (Euractiv 3.4. and 8.4., YLE 6.4. , The Local 7.4.). Italy announced on March 9 a project of 716 million euros to improve the sales and the exports of Italian products worldwide. The project aims at reducing the possible image disadvantages for Italian food and wine industries.

Future of Agriculture according to Media

Agriculture has been to some extent disregarded in the avalanche of corona news, and the coverage has been mostly about problems at hand, like in this Radio France Internationale‘ s article from the end of March. Plans for the possible next wave of the pandemic are nowhere to be found. From the European perspective, threats facing food supply are predicted to be mild shortages especially in fresh produce, and the same applies to bumps in prices. At least according to news, like this World Economic Forum article, we can only hope these current troubles are not underestimated.

The Restrictions of free movement has revealed how badly producers are dependent on migrant workers. Judging by the news so far, they are being taken for granted. Wages and working conditions of migrant workers have been bypassed, and analysis of why European agriculture is so dependent on them is conspicuously by absent. How come is it impossible to make food production profitable, let alone feasible, with domestic workers across the western world? It´s only our daily bread.

As the pandemic has advanced, news coverage has started to include security of supply, which has not been an acute problem for Europe in a long time. Trouble is mounting worldwide, as Cyprus Mail  aptly reminds us. This is adding pressure to the supply chain of many products. For now, adding to news, the future of European agriculture is challenging but not bleak. Neither does the EU Commission see a doomsday yet.