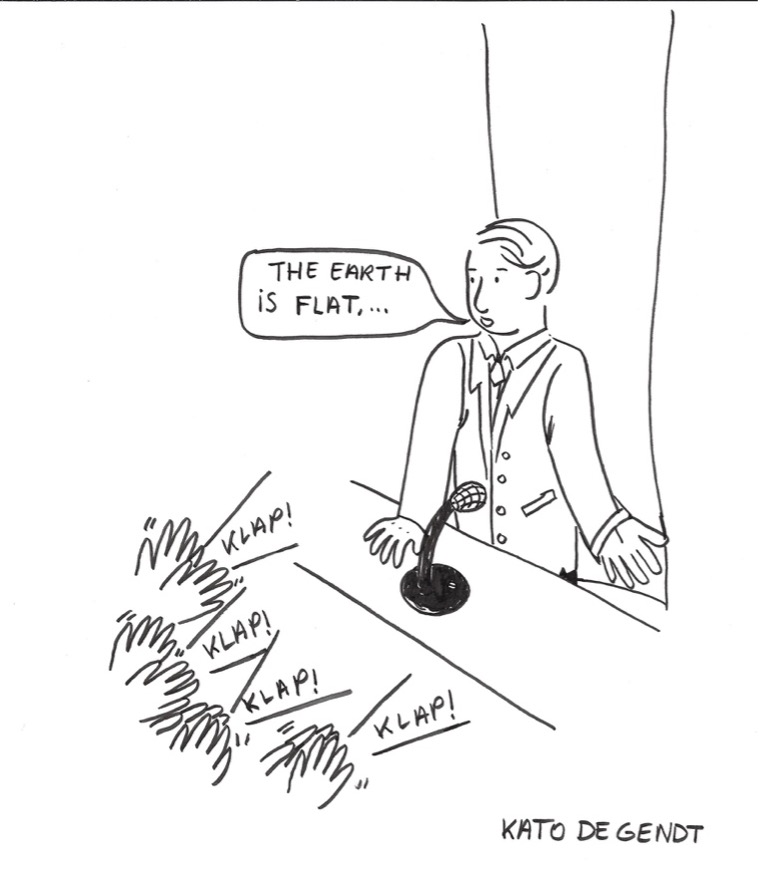 While reading the interview, we noticed the harsh words the two politicians used and the personal attacks on each other. You could sense by the cold tone of the article that the two were anything but friends. The further you scrolled, the harsher the tone became. They were trying to get at each other on every word, every statement…. and that’s where things went wrong.

The politicians tried to provoke each other constantly, and their statements became bolder and bolder until we found a certain claim about vaccines hard to believe. Hedebouw declared that of all countries within the EU, it is Belgium who’s boycotting the TRIPS waiver to temporarily remove the covid-vaccine patents the most.

We had trouble believing that a small country like Belgium has that much power. After a lot of research and interviews with experts, our suspicion turned out to be true. There was no real proof whatsoever of Belgium being the culprit in this particular case.

Nevertheless, it surprised us that politicians can make claims like that without actual proof. That got us thinking: how many claims by politicians or so-called ‘experts’ have we believed to be true, that may be completely false? It once again reminded us that we should always be critical when we read or hear something.

Never just assume that something is true, especially when you find something hard to believe. You need to check and double-check the information, because everyone, even politicians or experts, can make mistakes in the heat of the moment.