Blog: Politicians, sales and the lack of sources 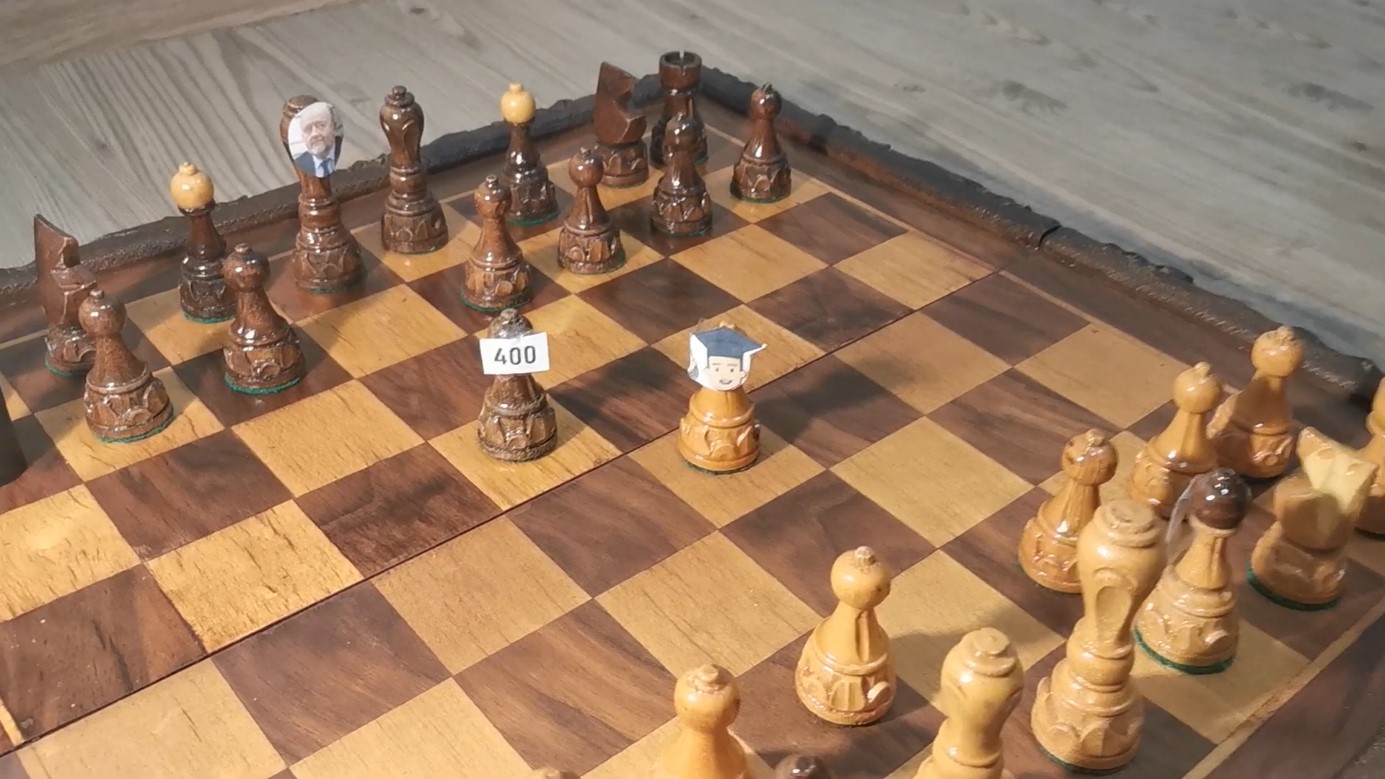 We have dealt with demeaning responses and complete ignorance. But our fact check journey was a valuable learning experience. And a fun one. Seeking the truth will never get old and it often provides for some great stories. Here is ours.

Our world is flooded with information – good and bad, true and false. We are witnessing the power of words and statements on a daily basis and as we go through the recent global crisis it is now more important than ever to hold people accountable. Especially people that are shaping our future and our present. So, the focus of our group was clear from the very beginning; we will be checking the statements of Slovenian politicians. We will pay attention to every word, spoken or written, and we will hold them accountable.

Sell me this pen

Politics is not a profession for the modest. A politician has to be a salesperson. He or she must master the art of selling their own statements – true, false or anywhere in between. They have to sell their ideas, opinions, projects, basically, what it comes down to is they have to sell themselves, as weird as it sounds. It takes a certain personality type to be able and willing to do this day in, day out, which often pushes politicians over the edge. That is when the exaggerations, half-truths or just plain lies begin. It’s never really a good time for this kind of messages, but the consequences can be especially worrying during the pandemic and the infodemic that comes with it. That is the reason that our group focused on two statements, made by two Slovenian politicians. People need stability and reliability, now more than ever.

As our group was planning the first steps of the factcheck, it quickly became very clear, that the process will be completely shaped and adapted to the current pandemic. As is everything else for that matter. Slovenia is a small country, but we were still scattered across several regions and it would be impossible for us to actually meet in person – too many borders crossed and too many restrictions broken. We worked in the comfort of our homes, which, as we all know, has its pros and cons. But as we mentioned in the video: mails were sent, calls were made. Quite a lot of them. It was challenging being connected exclusively over video calls and chatrooms, the coordination and division of work would run smoother in person. And fieldwork is fun. We miss that. Nevertheless, our chess game went on.

Counting on a checkmate

The idea of a chess game popped up somewhere along the line. Spontaneously in the chat, because we often felt like we were a part of one. Back and forth, some moves were great, with others our investigation took a hit. But all this time we were confident; we will corner the truth and we will come out on top, no matter the outcome. It has to end with a checkmate.

We were very satisfied with the first choice of statement. The colleague that proposed a claim from Zmago Jelinčič was praised and rightly so. It was the perfect example and the truth easily provable. We have expected, that the stated number (400 employees working at the Ministry of culture, up from 40 employees three decades ago) was an exaggeration. As it turned out later, our assumptions were on point. We have progressed the check from two different sides; by contacting the Ministry and the politician himself. We had doubts about the responses, but the contacts were actually quite fast and responsive. Zmago Jelinčič was a bit demeaning, as he basically told us to repeat the count (maybe he wanted us to stop the count (!) altogether, but we were satisfied to get an answer at all. The politicians often ignore similar requests, especially when they are coming from students. The anticipated checkmate came along with the official numbers, provided by the Ministry. That’s all that is necessary – when we are throwing around numbers and accusations, it has to be backed up with official data, objective data. It cannot come up out of thin air. The lack of second answer and with it the lack of the original source for the statement was enough telling in itself.

We knew that our second chess dance would be more complex. This time the main story was the army and government funding and this time it was not a black and white situation. Again, we were satisfied with our choice. Government funding is important and the public has every right to know the truth. The whole truth. We were not so lucky with the responses the second time around; Alenka Jeraj was silent, so was the PR department of her party (SDS). So we repeated the exercise – we contacted the organization directly. Their response and provided official data were clear and precise. The original source for given statement remained unknown. And we checked of our second successful factcheck. Even from our living rooms, it CAN be done.

As we mentioned in the introduction, seeking the truth will never get old. It is rewarding and it feels right. We live in the post-truth era, where credibility and accountability lost their value. We have to bring it back and the factcheck journalism is a step in the right direction. A big one. We are honored to be a part of this important fight.