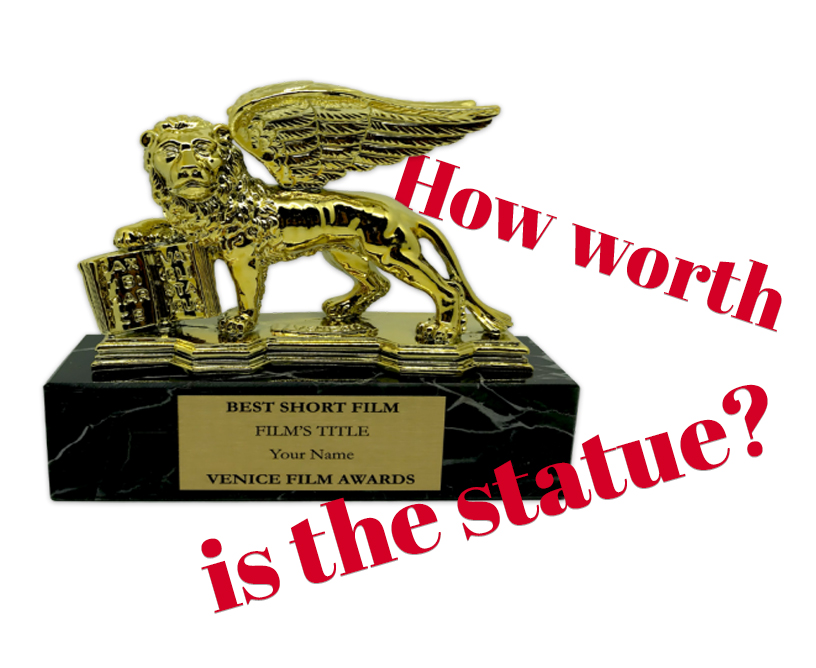 Croatian media landscape was recently hit by seemingly “great” news about a Croatian amateur film director Mario Šulina winning the prestigious award – Venice Golden Lion. He was awarded for his feature film “Adam” telling the story of a Croatian War Vetaran suffering from post-traumatic stress disorder. Although the news media did not directly say that Mr Šulina received the Golden Lion from The Venice International Film Festival, the publications lacked basic context about the actual award and created space for false assumptions that could be made by the audience.

A Croatian film director posted a news on the Facebook page already in November saying that he got the award from Venice Film Awards festival.  Some days later, RTL.hr (web page of RTL tv channel which is part of RTL group) published an article under the title “The Golden Lion went to Đakovo this year: Director Šulina in the interview for RTL.hr reveals how “Adam” won over the movie field in Venice, but not in Croatia”. The news initiated a series of articles in the other media outlets, mostly copy-pasting the basic information from the RTL.hr

Although the film director never said that his Venice Film Awards’ Golden Lion comes from the famous Venice International Film Festival, the news articles were misleading.  No one would think that professional journalists could take an information and publish it without any checking or further explanations about the award – for example, checking what kind of Golden Lion award it is. And this is what actually happened,  as most of the audience knows about the  “enviable”  Venice International Film Festival Golden Lion. It is definitely a misinformation when the website of the national television RTL posts the news that a Croatian amateur film director Mr Mario Šulina received a Golden Lion award for his film “Adam” , and  other news media pick it up and report it without any additional investigation.

It is true that no news media explicitly claimed that it was “the famous” Mostra (Venice International Film Festival). But at the same time no media mentioned that there was another festival with almost the same name.

The articles mentioned that film had a small budget and got financial aid only from his local community. It was also questioned why the film was not recognized by Croatian film funds and festivals. The photographs of Šulina’s Golden Lion and himself posing with the statue were posted in the media. It was even shown in the most watched news of the national commercial television NovaTV with the headline “Film Adam sweeps the international competition“. No one seemed to notice that his statue does not look like the one awarded by Venetian Mostra . The award was given by the film festival Venice Film Awards which only with its name resembles the famous festival and the festival’s Facebook page, at the moment when we checked, had only 796 followers. This other award with the name – the Golden Lion – is awarded not yearly, like the famous one but – monthly. At this festival there are about 800 award winners every year. It is also interesting that all the winners don’t get a Golden Lion statue. If someone wants a statue, has to pay $250 and only then gets it delivered.

One of the examples is also the article in the newspaper Novi List.  The photo is placed in the middle of the page and the article says that “Director Mario Šulina got an award for best director in Venice”. Nowhere else in the article does it say anything more about the award and the festival where it is awarded.

Although the mentioned media outlets did not directly say that Mr Šulina received the Golden Lion from The Venice International Film Festival, the publications lacked basic context about the actual award and created space for false assumptions that could be made by the audience.

Another factor which contributed to this false presentation is a photograph in which the awarded film maker poses with the award. The award he received is quite similar to the award given by the Venice International Film Festival. While there are obvious differences in the statue, an average reader would hardly be aware of this, and therefore again may be led to a wrongful conclusion.

The Golden Lion from The Venice International Film Festival does not contain visible features of a lion. It has a smooth texture. The colour is brighter shade of golden yellow. The Golden Lion on the right, from Venice Film Awards, copies the medieval version of the symbol of Venice’s patron saint, St. Marco.  It holds a book, contains sharper lines and stands on an additional podium. The colour is washed out and the head of the lion is rotated 90 degrees. However, the biggest difference perhaps is that any film maker awarded at the Venice Film Awards needs to pay 250 euros in order to receive the actual statue.

It is also important to note that it was not the film director Mario Šulina who first implied that he had received the Golden Lion from the Venice International Festival. When he shared the news about receiving the award and published the mentioned picture on his Facebook profile, he clearly named and thanked the “Venice Film Awards”. Articles about Mr Šulina receiving the Golden Lion were published in December 2020, while his post on Facebook was published in November. This may be a sign that journalists did not conduct proper research on the topic – the award and the festival – and therefore made assumptions which led them to publication of misleading information. But after the media started shared the news about the Venetian Golden Lion coming to Croatia. Mr Šulina in the interviews never clarified that he received “another” Golden Lion.

The news was rolling for over a month when finally news website Index.hr published an article  with the following headline: “Croatian film about veteran got the Golden Lion in Venice? Yes, the one that costs € 250”.

The article appeared after Igor Mirković, film director and the former journalist in his Facebook post ridiculed the development of the news.  Being an ex-journalist himself he criticised this kind of journalism and journalists who hadn’t spent a minute to do their own research. He publicly made fun of the Croatian media for misleading the audience and convincing them that Mr. Šulina had got the Golden Lion from The Venice International Film Festival.

This case reminds us of the Hans Christian Andersen’s fairy-tale The Emperor’s New Clothes.  One scream from the audience was sufficient to create another wave of articles on the topic. The news portal Lupiga.com analyses the flow of the news – from the beginning to the end  and concludes that there is a larger problem behind this story – it is a problem of living in the culture of lies which journalists so easily adapted to.

Even though RTL and other Croatian media reported that Mr Šulina received the Golden Lion award, and that part is true, the context in which this information was presented is largely misleading. The reasons may simply be the laziness, inability and lack of skills to research the vast area of the Internet. But it is also quite likely that such misinformation was published on purpose, that the full information was not given just with the intention to be shared just like it was.   As a sign that the entire affair may have an additional meaning it may be worth noting that while preparing this article the authors tried to once again check on the (in)famous Venice Film Awards festival, but the web page which still has an URL address – has disappeared from the Internet.  (www.venicefilmawards.com) The same has happened with their Facebook page.