Blog: “We’re not in the situation of a migrant crisis at the borders any longer” 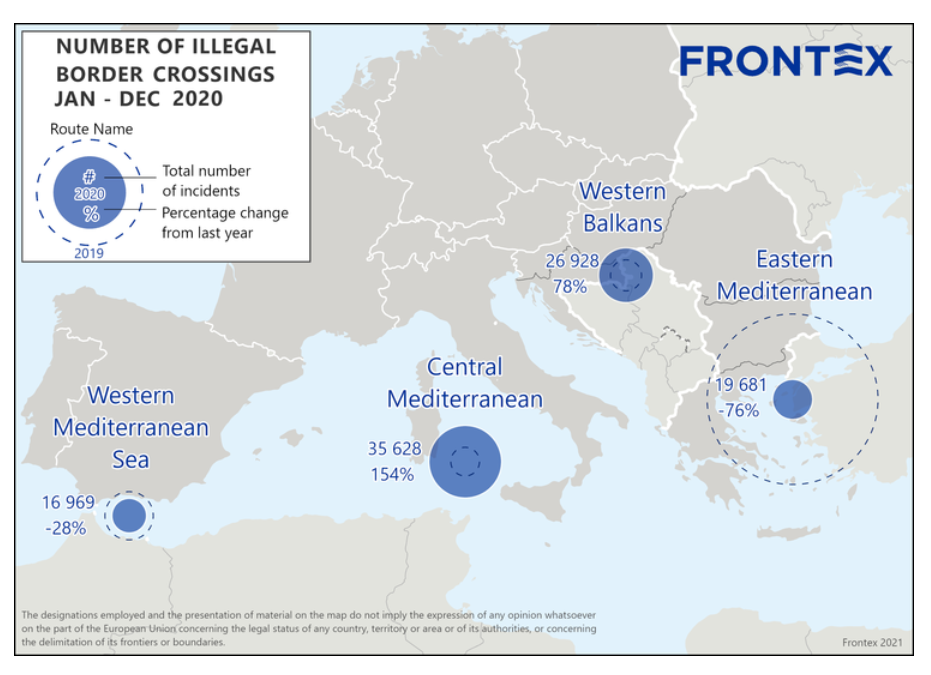 “We must expel all illegal immigrants and close our external borders,” expresses Nicolas Bay, vice-president of the European Identity and Democracy Group, during the plenary session of 19 January. Relying on the statistics mentioned in the Frontex press release about irregular migrants, Bay creates the image of an unmanageable flow of people entering Europe without valid reasons. Ciara Bottomley, press officer for Migration of the European Commission, disagrees with Bay’s opinion: “We’re currently not in that situation anymore.”

According to a Frontex press release, fewer migrants tried to enter Europe via its external borders last year. Especially the number of women and children has drastically decreased, which results in men accounting for around 80 per cent of the irregular migrants. This number was part of a fact check on this platform here, researching a claim by Nicolas Bay and putting his statement in the right context.

“The situation is not as severe anymore as it used to be,” says Bottomley. “The numbers are right down, and they have been down for the last couple of years. This is partly because of COVID-19 but also due to tension between the Turkish and Greek governments. On the other hand, we see more and more migrants travelling to and through the Canary Islands. One route closes, and then another route opens. It’s really time to have some kind of systematic response.” Border countries like Greece, Italy, Spain, Croatia, and Bosnia are currently dealing with the majority of irregular migrants.

“Another reason to push for new ways of claiming asylum is the lack of legal ways to come to Europe,” Bottomley suggests. “If there are people who are just claiming asylum because they don’t have other ways to come to Europe, then we’d better create easier and legal ways to come here and make sure that asylum seekers don’t put their lives at risk,” Ciara Bottomley says. “One of the things we are looking at is launching a talent partnership. This way, it would be possible for organisations and businesses in Europe that need employees and different skill sets to grant someone a work permit easily.”

Ciara Bottomley said that the statistics mentioned in the Frontex press release and Bay’s claim should be put into perspective. “Migration has always happened and will always happen. When you see pictures of people on boats and hear those statements made by politicians like Nicolas Bay, which are a bit polemic and often used to push some kind of political objective, you get a sense of crisis at our borders. We are just not in that situation anymore.”