Blog: Is our relationship with facts a long distance one? 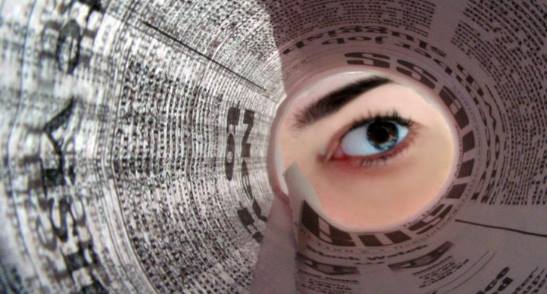 During the last weeks work with EUfactcheck, I’ve dived into statements presented as facts, from politicians trying to convince others for better or worse. I’ve come across statements with no abutment in reality and truthful facts hidden behind questionable agendas. It has completely occupied my everyday life, trying to figure out whether a quickly presented statistic in a long read’s news segment is true or false.

A vaguely presented fact has lead to phone calls to the police authorities National Operational Department, just to fact-check one sentence.

Now, do not mistake this for complaint, I am after all studying to become a journalist, and this is what the profession requires. What I’ve realized in the search of true or false, is how far away the answer is can sometimes be. Would I be stuck in a telephone queue to a local state agency if I was just a Jane Doe reading the Sunday paper?

This is where most people would argue the art of journalism steps in. It’s our job to dissect a statement and make it understandable, and most of all; distinguish facts from disinformation. So the general public won’t have to be stuck in those awful telephone queues. Yet, media acts as a megaphone for politicians, whether their statements are true or false, making it hard for people to determine what is opinion and what is fact, as we are failing to do the job for them.

I reviewed a report that had been often mentioned in media. The headlines promised a conclusion presented in the report, this conclusion went well in line with opinions belonging to conservative parties in Sweden. Soon the conclusion from the report became fact in the eyes of the conservative politicians. Propositions were written with this very report as a source to argue for their own ideology.

“The majority of house burglary is committed by foreign gangs”. An issue is presented with an answer to what is causing it. It doesn’t bore you with nuanced analyzes, the statement tells it like it is. Headlines, politicians, and propositions say so. Except for one. The original report itself.

The report clarifies that 30-50 percent of house burglary is committed by foreign gangs. Although 50 percent of something is half, a half is not a majority. The report also underlines that the image presented by the statistics of theft burglaries does not claim to be comprehensive. But we don’t want to read a 100 pages long report. We want someone to tell us what it says.

What I learned from this week is that our relationship with facts is not as close as we might think – as a matter of fact, it’s a long distance relationship. We have to make it our mission to shorten the distance.