Media Analysis: What international media write about specific statements made in the documentary “Francesco” 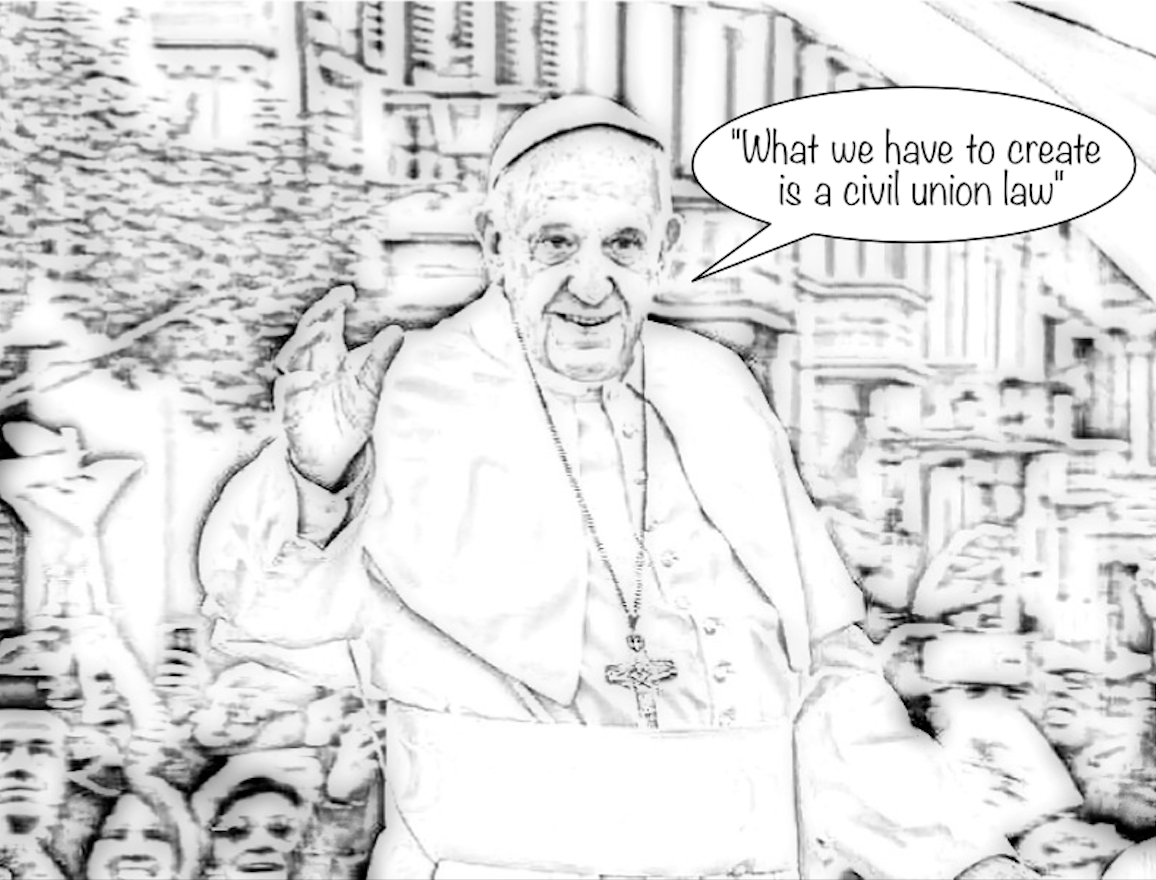 With the premiere of the documentary “Francesco” which happened at the Rome Film Festival in October 2020, controversial opinions arose in various media about two certain points in the film.

Pope’s statements “homosexual people have a right to be in a family. They are children of God. Nobody should be thrown out or be made miserable over it”, and “what we have to create is a civil union law. That way they are legally covered”, managed to split the conservatives within the clergy and laity, but got praised by the liberals. Here we provide an insight into different media discourses surrounding this topic. The main categories of discourse we noticed were: a) presenting the Pope as a progressive and positive figure, b) expressing criticism towards the event, c) giving interpretations of Pope’s words and background information on both Pope’s and Church stances on the topic. In our analysis, we covered different prominent international media (Guardian, Huffington Post, CNN, NBC, FOX, National Review, BBC, DW News, France24, CNA), including German (Süddeutsche Zeitung, Die Zeit, Frankfurter Allgemeine Zeitung, Welt) and Croatian news outlets (Index.hr, Večernji list, Jutarnji list, Slobodna Dalmacija).

In the first category are the articles and news stories that reported on the Pope’s statements in the documentary in a very positive manner. Their articles mostly revolve around him supporting LGBTQ+ people and their right to be a part of a family, as well as his hope for creating a law for civil unions, as heard in the documentary. The discourse of this category is specific because it puts the Pope in the spotlight and presents him as a positive and progressive Church figure.

The media in this category are Die Zeit, The DW, The Guardian, NBC, CNN, HuffPost, Index.hr and Jutarnji hr. In their articles, all of them stated facts such as Pope’s background as a Church figure, what the Church doctrine stands for, as well as their views on homosexuality. Besides that, they included details about the documentary and how its release affected both the Christian and the LGBTQ+ community. However, they all generally suggest that the Pope is a progressive Church character, for his latest comments showed love and compassion for the LGBTQ+ people, which the Church and Church teachings have never done so far. The Pope’s statement is also a surprise since the Church is known for its conservative outlook on homosexuality and its views on marriage remain unchanged – a marriage should be between a man and a woman (The Guardian).

From a critical point of view

In our second category, we put together different forms of criticism towards the situation that has happened in the media because of Pope’s previously mentioned statements. To best explain these different forms of criticism, we will provide examples from some of the articles we covered. This is the category with the least number of articles and is also the most opinionated one.

First, an editor’s comment by Thomas Jansen from German newspaper the Frankfurter Allgemeine Zeitung (FAZ). He immediately stated his opinion in the headline, saying: “The Pope is shirking”. Calling Francis a “Pope of merciful non-commitment” did not steer the article towards a more positive outcome either. What he also speculated about was that all of this could be Pope’s tactic to achieve much more in the future. This kind of criticism was directed towards the Pope’s figure and behaviour. While we have a whole category that presents him as a progressive and positive figure, this one does the opposite by questioning his motives and freely expressing a negative opinion.

Next, journalist Celia V. Wexler for NBC News questioned the reliability of the Pope’s words, saying: “Pope Francis’ civil union endorsement is welcome. But what are his words really worth?”. “While it’s good that Francis is showing acceptance and tolerance, these words alone are not going to change what happens in parishes and dioceses in the United States and elsewhere“, she explained. Wexler was not quite done: “Will the Pope urge prelates in parts of the world where gay Catholics are persecuted — such as West Africa — to condemn that treatment instead of staying silent or even joining in? Will he tell parishes to welcome gay families in their midst? Will he declare that no church institutions should fire staff because they are gay?”. We could say she expressed criticism in the form of a question, that not many have dared, or cared enough, to ask.

Another example is a column in Croatian daily newspaper Jutarnji list by the prominent columnist Inoslav Bešker. Sounding rather cynical, he first threw a shade at the director Evgeny Afineevsky, saying his choice of topic was “a sure hit, if not for a prize, then for titles and reviews” because “the point is to make a movie which will be talked about, so the distribution networks would buy it. Business”. He figured Afineevsky had made a spectacle because a few sentences managed to outshine the whole film. Other than that, he was, above all else, wondering: “Why – in competition with all the problems of social peripheries, with all the world war and humanitarian crises in respect of which the Pope is portrayed in the film Francesco – first the Anglo-American, then the other public, focusses only on the topic of homosexuality?”. In conclusion he criticized the show business aspect of the situation.

The third category was characterized by interpretations of Pope Francis’ words and is a presentation of the background on both Pope and Church doctrine. This category is fairly objective and neutral, and also has the most articles fitting into it.

Most of the articles in previously mentioned media were based on Pope’s statements from the documentary. Almost all media reported that the Pope expressed himself on this matter for the first time since becoming a Pope (e.g. Welt and Süddeutsche Zeitung). In addition, most media only gave basic facts and information about the documentation, for example, the German newspaper Frankfurter Allgemeine Zeitung. They reported how the director, Evgeny Afineevsky, got the material for the documentary.

The way how the analyzed reports are prepared is also striking. On the one hand, a lot is reported about the behaviour of the Pope when he was Archbishop of Buenos Aires. Back then he endorsed civil unions for gay couples as an alternative for same-sex marriage (cf. NBC News). On the other hand, the arguments of the Conservative Catholic Church are considered and presented a lot. TheCongregation for the Doctrine of the Faith is mentioned very often. This is a central authority of the Roman Catholic Church. Its task is to promote and protect the doctrine of faith and morals throughout the Catholic Church.

A specific sentence from the Congregation for the Doctrine of the Faith from 2003 was mentioned in many reports: “respect for homosexual persons cannot lead in any way to approval of homosexual behaviour or legal recognition of homosexual unions”. In this context, the conservatives emphasize that the Pope’s opinion will not affect or change the thinking of the Catholic Church (e.g. National Review).

The contradiction between Pope’s words from the documentary and Church teaching was often emphasized, just like statements by experts or supporters from both conservative and liberal stances.

As we worked on the media analysis, our colleagues – who were doing a fact-check on the same topic – concluded that the statements made by the Pope in the documentary were taken out of context. Considering this, one could say there was a lot of free PR created for the Pope. And also, given that the documentary itself had its discourse (prone to Pope), it affected the way the media reported on the event from the start.