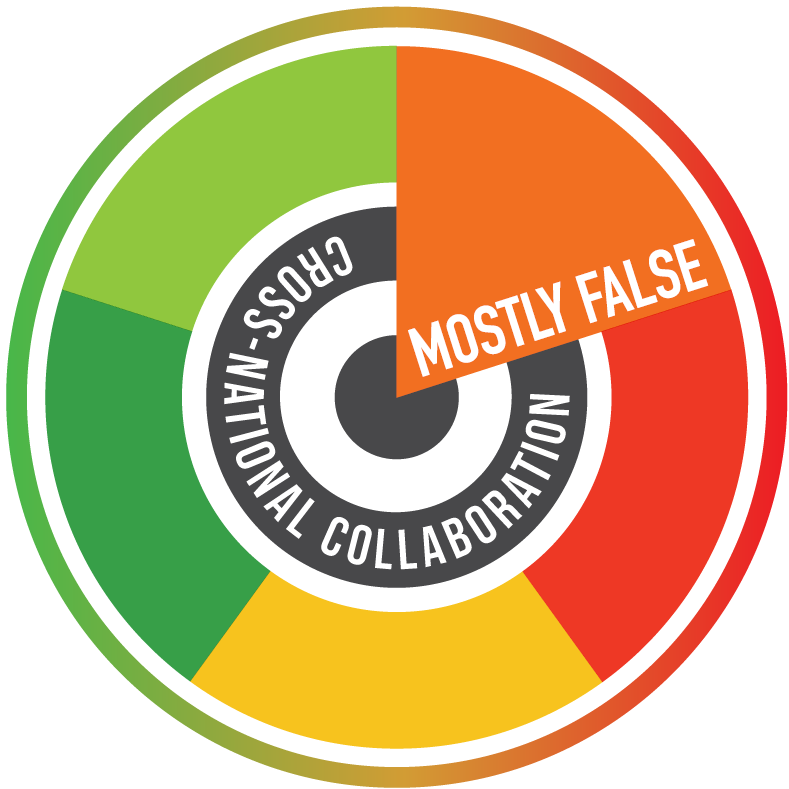 In October, several newspapers published articles with headlines like “Pope Francis backs same-sex civil unions“. The claim is based on previously undisclosed footage from an interview with Pope Francis in the new documentary “Francesco” which we have watched for our fact check. After extensive research we assess the claim as mostly false.

“Francesco” is a documentary film about the life and the impact of Pope Francis (Jorge Mario Bergoglio). It was directed by Evgeny Afineevsky and released in October 2020. The documentary has incited a bit of an uproar and caused a lot of controversy because of the previously undisclosed footage from an interview with Pope Francis.

The documentary can be divided into twelve storylines. They mostly start with a problem that has arisen. It then gets connected to Pope Francis and mostly he is the one to solve or at least soothe the conflict. The big scandal of child abuse within the Catholic Church in Argentina and one of the victims, Juan Carlos Cruz, receive a lot of attention and are very important for the documentary. After the film analysis we came to the conclusion that the documentary supports a certain image of the pope: down-to-earth, empathic and very humble. This image is also supported by the stylistic devices used including the music and the emotional character of the documentary.

Helping the viewer establish the Pope’s attitude towards same-sex couples, the documentary tells the story of Andrea Rubera who adopted three children with his male partner. He came to see the Pope and asked him if it is okay to bring his children into the church. The documentary doesn’t show the conversation between Rubera and Pope Francis but cuts to a different scene instead: We see Pope Francis talking in a setting which looks like an interview. The subtitles of the documentary offer a translation of what he said: “Homosexuals have a right to be a part of the family. They’re children of God and have a right to a family. Nobody should be thrown out, or be made miserable because of it. What we have to create is a civil union law. That way they are all legally covered. I stood up for that.” Based on those quotes, it seems that he accepts same-sex couples/families and endorses the legal recognition of civil unions.

Clarification from the Vatican?

The film provoked numerous reactions from the audience after its release and got a lot of press, mainly because of the quotes regarding civil unions and homosexuality. Apparently, the Vatican reacted by delivering a message to bishops around the world in order to explain the Pope’s view on civil unions. This is revealed in a letter from Archbishop Christophe Pierre to all Bishops in the United States asking for “cooperation in this matter”. The letter, translated by Bishop McManus, says that the Pope’s words are taken out of the context and that the statements were not from an interview with the film’s director, but from a 2019 interview with a Mexican journalist. According to Pierre, the Pope was asked two different questions of which the answers were combined, edited and then published in the film as one answer, but without proper context. The specific statement, therefore, according to the letter, referred to the general acceptance and respect of every person, not necessarily homosexual, and to the rights of these people to have certain legal protection.

The letter further states that several years ago, the Pope clearly stated and agreed to the definition of marriage as a union of man and woman, and that in general he “referred to certain provisions of different states, and certainly not to the teachings of the Church”.  However, we take this letter with a grain of salt as there is no evidence that the letter is original because it wasn’t officially released for the public. We have asked the Holy See Press Office for clarification but unfortunately did not get a reply.

The difference between civil unions and marriage

It’s important to note that there is a difference between civil unions and marriage. According to an official website of the European Union “civil marriage is a legal status recognized in all EU countries.” Marriage comes with certain rights that civil unions do not grant. Only some EU countries allow same-sex couples to get married. In the controversial quote, Pope Francis uses the words “ley de convivencia civil” which translate to “civil union law”. He speaks of civil unions, not marriage. The Pope also said that accepting gay family members or accommodating same-sex partnerships in civil law “does not mean approving of homosexual acts” and that he believes that same-sex couples shouldn’t be allowed to marry.

The context of the Pope’s statement

After watching the documentary we can confirm that the controversial statements by the Pope about creating civil union laws were taken from the interview with Mexican television that we mentioned above. There’s a video on YouTube that shows nearly one hour and 18 minutes from the 2019 interview between Pope Francis and Valentina Alazraki of the Mexican television station “Televisa”. We noticed that it is the same setting and background (as the scene in “Francesco”). It is very important to note that the controversial quote in the documentary (“What we have to create is a civil union law. That way they are all legally covered.”) is missing from the broadcast. In a letter to the Washington Post, a Televisa spokesman confirmed that the civil unions quote are indeed from the 2019 interview and that the Vatican removed them from the broadcast. Apparently, the Mexican channel wasn’t allowed to publish an uncensored full version of the interview. We can only guess why those statements were cut out: Maybe they were left out because they would provoke (unwanted) public reactions.

It is debatable if the statements that appear in the movie (cut from the original broadcast of the interview) are taken out of context. But it is safe to say that the Pope’s intentions would be clearer if the documentary displayed the quotes in the full context. That is why we checked the interview uploaded on YouTube to see if it gives us a better understanding of what Pope Francis meant.

In the interview, the Pope answers several questions regarding the topic of homosexuality. Referring to a previous conversation with reporters while he was on a plane, the Pope says that the media coverage of his answers made him angry. To defend himself from what was written in the media he clarifies that he never meant that homosexuals should be sent to a psychiatrist. He quotes himself: “They asked me the same question again and I repeated: They are children of God, they have a right to a family and that’s it.” The journalist then says that the people who knew him while he was Archbishop in Argentina called him “conversative” and now as Pope he has supposedly turned “liberal”. She asks him if he recognizes himself in this description. Pope Francis replies: “I have always defended the doctrine. And it’s strange, in the same-sex marriage law… it is an incongruity to speak of same-sex marriage.” He continues that he has evolved and grown as a person. Seeing the troubles of the world, he became more conscious of things he wasn’t conscious of before. He is a mixture of everything. He wants to preserve the sanctity of church values but also he has evolved and understands things more. The journalist says it’s difficult to categorize a person in only one box and he agrees.

How do Pope Francis’ remarks fall in line with his previous statements?

Although having a homosexual orientation is not seen as a sin, homosexual acts are still regarded as sinful by the Catholic Church. Homosexual people are called to chastity to this day, as it is laid out in the “Catechism of the Catholic Church“. Both Pope John Paul II and Pope Benedict XVI have made condemning statements regarding same-sex marriage.

Pope Francis has commented on same-sex marriage and homosexuality on various occasions in the past. As Cardinal, he made very critical statements about “the project of the law regarding marriage of persons of the same sex” and called it a “”movement” of the father of lies” in the letter to the Carmelite Nuns of Buenos Aires in 2010. His famous quote “If a person is gay and seeks God and has good will, who am I to judge?” dates back to 2013 when he spoke to reporters on a flight back from Brazil. He also said “The key is for the church to welcome, not exclude, and show mercy, not condemnation” and “The problem is not having this orientation. We must be brothers” which complies with the official teaching of the Catholic Church.

After watching the documentary and the broadcasted interview from 2019, looking for clarifying official statements by the Catholic Church, the Vatican, the Archbishops and Pope Francis’ previous remarks, we have to admit that it was hard to determine a final result for the factcheck. Does the Pope endorse same-sex civil unions?

We have established that the original broadcast of the interview with Valentina Alazraki has been subject to censorship by the Vatican. The controversial quote which led to the media uproar only came to light as part of the release of the documentary. The Vatican has used methods like censorship in order to control the public image of the Pope but the director of the documentary used his methods to support a certain image of the Pope as well. He has combined two answers from two different points of the same interview and edited them in such a way that it supports an open-minded, emphatic and progressive image of Pope Francis and left out the context of his statements on same-sex civil unions.

In order to assess the claim “Pope Francis endorses same-sex civil unions” as true, we would need to hear it directly from him – without the director editing the answers and leaving out the context and without the Vatican’s censorship. As we don’t have that, we assess the claim as mostly false. Saying that the Pope backs or endorses civil unions is an interpretation made by the media, but it is by no means supported by a Pope’s direct claim that’s presented in full and clear context.