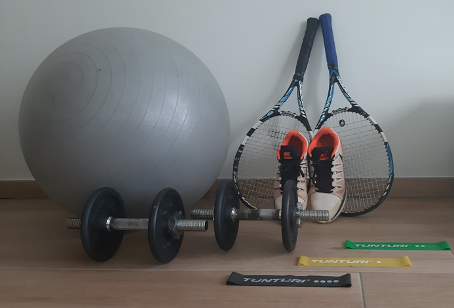 During this lockdown we started “media monitoring” of sports websites. This implies that we’ve been scanning different sports websites during Corona times to find out how they approach news reporting right now and if we could find any similarities or differences between them.

During this period we decided to focus on three different sports websites, which is no surprise because all of us are sports fans, from three different countries. The sites we’ve monitored are Sporza (Belgium), BBC Sport (Great Britain) and ESPN (United States). We’ve chosen for these ones because we think that they are a good representation of sports news reporting right now in those countries. And by monitoring ESPN, we can make a nice comparison with a non-European website.

First of all the biggest similarity between these 3 sites is that all of them like to report a lot about events from the past. A lot of sections are named “Classics” which contain some of the most popular moments in sports history to make the fans relive those special games or matches once again. Sporza for example makes polls so their readers can vote on the sports match they would love to see on television during the weekend.

Another similarity is, not surprisingly, that all three of them also provide Corona related news. We’ve found for example many articles about what’s going to happen in some sports after the virus or what the virus is doing to the sports right now. To give an example, Sporza reports about Belgian lower league football clubs who are having a hard time to survive the crisis because of the lack of competition.

BBC Sports stands out a bit because they definitely also report about the measures that are being taken considering sports but on the BBC Sport website the Corona related news isn’t as prominently present as on the other 2 sites where you can barely miss the articles about the virus.

Sporza and ESPN do also have in common that they really love to post livestreams of reporters interviewing (former) athletes so the people can stay up to date with what the sporting world is doing right now. This phenomenon is remarkably less present on the site of BBC Sport.

But where BBC Sport seems to really believe in, is the use of podcasts. The number of podcasts we found on the BBC Sports website was much higher compared to the other two sites.

Of course there are also differences between the sports that are being focused on because every country has different interests in sports. We see that Sporza focusses more on football and cycling, while BBC Sport only really focuses on football and ESPN reports a lot more about basketball, baseball and American football. So all three of them logically report about the things their readers are interested in.

Last but not least there was one thing which had really caught our attention during the monitoring. It was the fact that we could really see that Sporza and BBC Sport were putting a lot of effort into “activating” their readers. BBC for example placed a couple of workout videos online to keep fit during quarantine while Sporza posted a couple of articles about the benefits of moving and working out to protect yourself against the virus.

But on the other side of the globe at ESPN, this wasn’t the case and that was remarkable for us because it could be an efficient way to reduce the spread of the virus and definitely in the US, this might be a way to save lives.