Blog: My grandmother, the conspiracy theorist 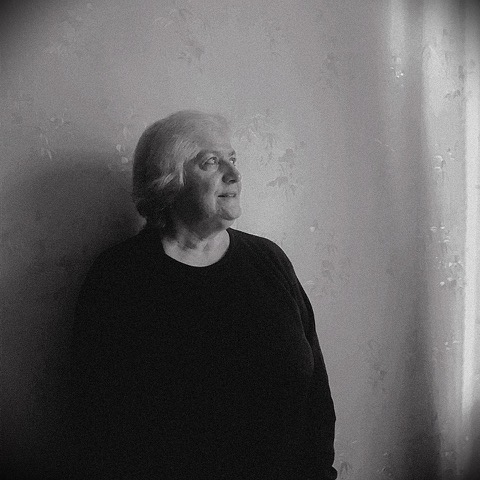 People have long stopped using landlines, but mine still rings sometimes. We all know who it is—my grandmother. She’s active and curious. Like Tom Sawyer’s Aunt Polly, she enthusiastically collects notes from health magazines and newspapers, and keeps them well organized and guarded. Mostly, it’s on topics like “ how to protect ourselves from not catching a cold in winter (on freezing days),” but she’s also developed detailed opinions on 5G, racism, and East-West relations.

A while ago, she called and, after making sure that everyone was safe, proceeded with her favorite entertainment: spreading what she’d learned.

“Did you hear news about a Chinese professor, who died in the USA? Murder-suicide. I am pretty sure there’s something fishy…Maybe he was about to discover something huge about the virus…And isn’t it suspicious that this situation coincided the 5G era?…Oh, and did I mention that you should drink hot water with honey and ginger?…”

She kept talking, but I became curious about this murder-suicide. Where did this story come from?

I found the Georgian article where she’d gotten this story. It clearly suggested that a scientist was intentionally killed because he was on the verge of a great discovery.

In reality, there was no evidence to suggest the murder had anything to do with Coronavirus—a personal disagreement seemed like the obvious reason. Still, everywhere I looked, tales of conspiracy abounded. These stories sounded like action films more than reality, sometimes telling apocalyptic tales.

And my grandmother was completely caught up in this web of conspiracy theories. “Everything is planned from above”; “This was in somebody’s interest.” I’m sure you’ve often heard these kinds of phrases. In Georgia, stories like these are exceedingly popular—it’s as if people are magnetically attracted to all sorts of hoaxes. Instead of skepticism, they get likes and shares.

Why?
There are several psychological and sociological explanations for this phenomenon. Here are a few:

The feeling of having an important piece of information that others don’t know about helps people feel superior and valuable.

Researches have shown that people who are lovers of conspiracy theories are less integrated and socially active.

The term tribalism comes from the English word “tribe.” It occurs when a group of people united by any ethnic or cultural characteristics believes that their thoughts and interests are more correct, interesting, preferable, superior to others. Conspiracy theories, which often talk about dangerous threats and evil enemies, help people feel this way.
“There’s some evidence that people are attracted to conspiracy theories that satisfy these prejudiced attitudes.” — says Karen Douglas, a social psychologist at the University of Kent.

Take, for example, the current situation in the world, and the murder-suicide article that fooled my grandmother. The murder likely occurred on the basis of personal disagreement, but it happens to coincide with an intensely uncertain time. The victim is Chinese, a scientist, working in a laboratory during a pandemic. Of course, with such a stressful background, conspiracy theories emerge to create a sensee of certainty in uncertain times.

“Conspiracy theories tend to emerge quite quickly when something important happens,” Douglas says. “They come out of the blue when there’s some kind of crisis or conflict that people really want to explain and want to have answers for.”

Many of us believe that conspiracy comes from a lack of education, but it’s not so simple.

Take my grandmother. For her, the problem a lack of education but the way she was educated. She grew up in the Soviet Union, where the state wanted nothing less than its people asking a lot of questions, especially the question “why.” This was considered a dangerous question.

So it is not surprising that people who went through this education system have trouble reading news critically, being skeptical, checking sources.

What worsens the problem in post-Soviet countries like Georgia is the presence of anti-Western attitudes. Moreover, ongoing misinformation operations try to sustain and deepen these anti-Western opinions in the society. Deliberate disinformation makes it even more difficult for people to think analytically and come to their own conclusions. When a tiny country like Georgia has so many “grannies” like mine, and all of them seem to think similarly, it becomes a nationwide problem.

Nobody wants to be tricked. Perhaps, by helping victims of misinformation understand their place in a precarious chain of hoaxes, we can help them question, analyze, and make better decisions. But this can only do so much.

In the end, we must face the least attractive, but logical, conclusion – conspiracy theories will exist as long as there is demand for them, as long as they fulfill some kind of need. Sadly, this will always be true for somebody. In the modern information society, filled with anxiety, uncertainty, and deliberate misinformation, conspiracy theory is almost inevitable.