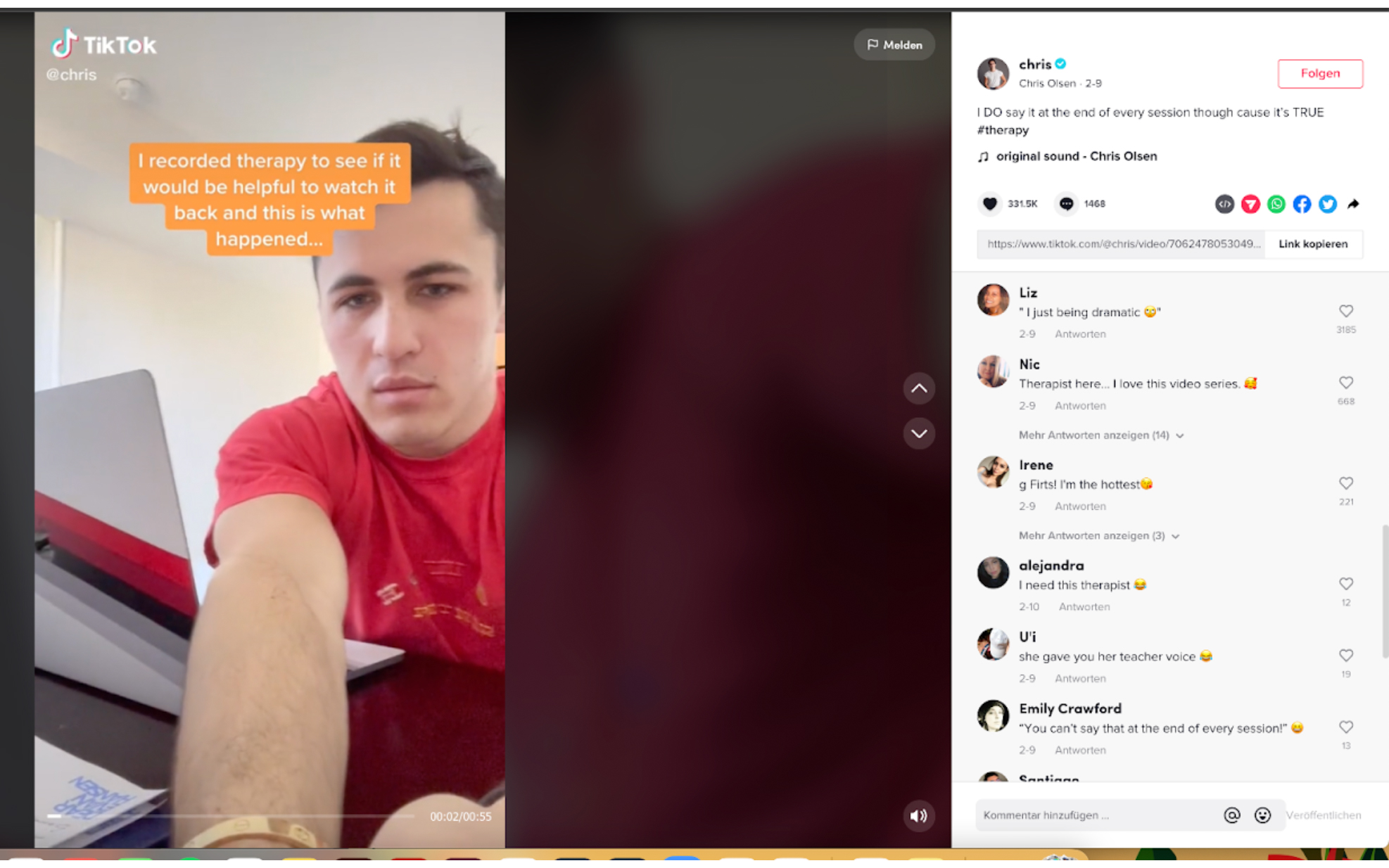 Gen Z has major difficulties with mental health, according to the “Health Report 2022” by Corinna Mühlhausen. Modern networking through social media plays a relevant role in this topic. But how and through what do Instagram & Co. influence the mental attitude of our youth today?

The modern way to deal with mental problems

As for any other topic, influencers have established themselves in the field of Mental Health and try to support their followers through their own experiences through their self-produced content. Jazz Thornton, who describes herself as a Mental Health activist on her Tik Tok channel, offers an example of this. In addition to videos that show her profession and her as a fun-loving person, there are also clips in which she addresses the serious topic of depression and anxiety disorders. On her website, she justifies her mental health activism by saying that she was sexually abused in childhood, struggled with mental illnesses of her own, and had multiple suicide attempts. Together with Genevieve Mora, she founded the suicide prevention organization “Voices of Hope” in 2014. With the organization, they help people with mental health issues internationally through classes, advocacy and various events.

Mental imbalance is a long-known issue

„Never before have there been so many children and young people who are challenged in terms of their mental Health. Generation Z suffers more than any other youth generation before it […].” is the conclusion of the chapter “Mental Imbalance Youth” of the Health Report 2022 by Corinna Muehlhausen. In fact, according to the DAK children and adolescent psych report of 2019, 27% of children and adolescents in Germany suffer from mental health problems such as depression and anxiety disorders in recent years. Also in the international area, the HBSC long-term study shows that 17.6% of cross-national adolescents show mental behavioral problems.

However, it is also clear from the DAK psych report that the numbers of psychotherapies requested in Germany have increased over the past few years. So what is the reason that mental illnesses are more common among young people, even though help is being sought?

Tik Tok as a ventile for depression

Tik Toker Chris Olsen has already sought help for his struggle with mental issues. On his Tik Tok channel, he regularly posts clips from online meetings with his psychologist. With the project, he just wanted to check if it could help him with therapy to get results faster. Within a very short time, a large fan community built up around Chris, who find his videos both funny and helpful. “Therapist here… I love this video series. 🥰” is just one comment from many positive feedbacks. Meanwhile, Chris Olsen has 7.3 million followers on Tik Tok. Whether his mental problems have improved is not known. However, his videos provide a space for his followers to talk about their therapies and mental problems.

Social media as a trigger for depression and anxiety disorders?

In the article “Mental Imbalance Youth: The Injured Gen Z”, which is based on the Health Report 2022 by Corinna Mühlhausen, the topic of social media and digitalization is strongly associated with Gen Z. The article states that children and young people are increasingly exchanging information internationally due to digital networking. It is said that through digital connectivity, children and young people are increasingly exchanging ideas internationally. This connectivity via social media and the like contributes to Gen Z talking more openly about mental problems such as depression and anxiety disorders, according to Dr. Claus Barkmann, a psychologist at the University Medical Center Hamburg-Eppendorf. The taboo nature of the topic of mental disorders from the „boomer” generation is hardly noticed by Gen Z because of the open exchange on social media. However, there are also factors on Instagram and Co. that can have a significant negative impact on the mental health of children and adolescents.

The downside of social media

As it is with most things in life, however, there are not only good influences that social media is having on Gen Z. Even when it comes to mental illness, there are questionable trends that trivialize or even ridicule mental health. On Tik Tok, for example, the trend went viral with the hashtag #freshoutofthementalhospital. In the videos, teenagers and young adults showed themselves as they had just been discharged from a psychiatric hospital. The images of this are almost frightening: shoes without laces and tied with cable ties or even without shoes, the people stand on the roadside. The luggage in plastic bags next to it. The shoes without laces are a justified measure, it serves to the fact that the patients cannot injure themselves during their stay with it. However, the situation in which the patients find themselves after their discharge is rather frightening, especially for those who have not yet found the courage to seek help.

So what does social media mean for our mental health?

The positive and negative influences of social media on Gen Z make it difficult to decide whether our mental health is suffering or not.

We can say that social media is often the trigger for mental difficulties. Instagram and the like are still filled with posts and content from influencers that reflect a distorted ideal image of life and the body, which is especially unsettling for children and teens in their self-image. Bullying via social media is also still a big issue. The anonymity made possible by these platforms makes it easier to spread hatred and hate on the Internet.

On the other hand, social media has made the topic of mental illness less taboo and it is dealt with more openly. Children and young people are more likely to dare to talk about problems and depressive feelings, and even Gen Y is encouraged by the open approach to broach the subject and seek help when problems arise. “Gen Z, more than any other generation before them, seeks professional support in the event of mental health challenges. The willingness, to work not only on their physical well-being but also on their psychological well-being and mental health maintenance is something that today’s children and young people will certainly retain as adults,” according to the article on the mental health of Gen Z by Corinna Mühlhausen.