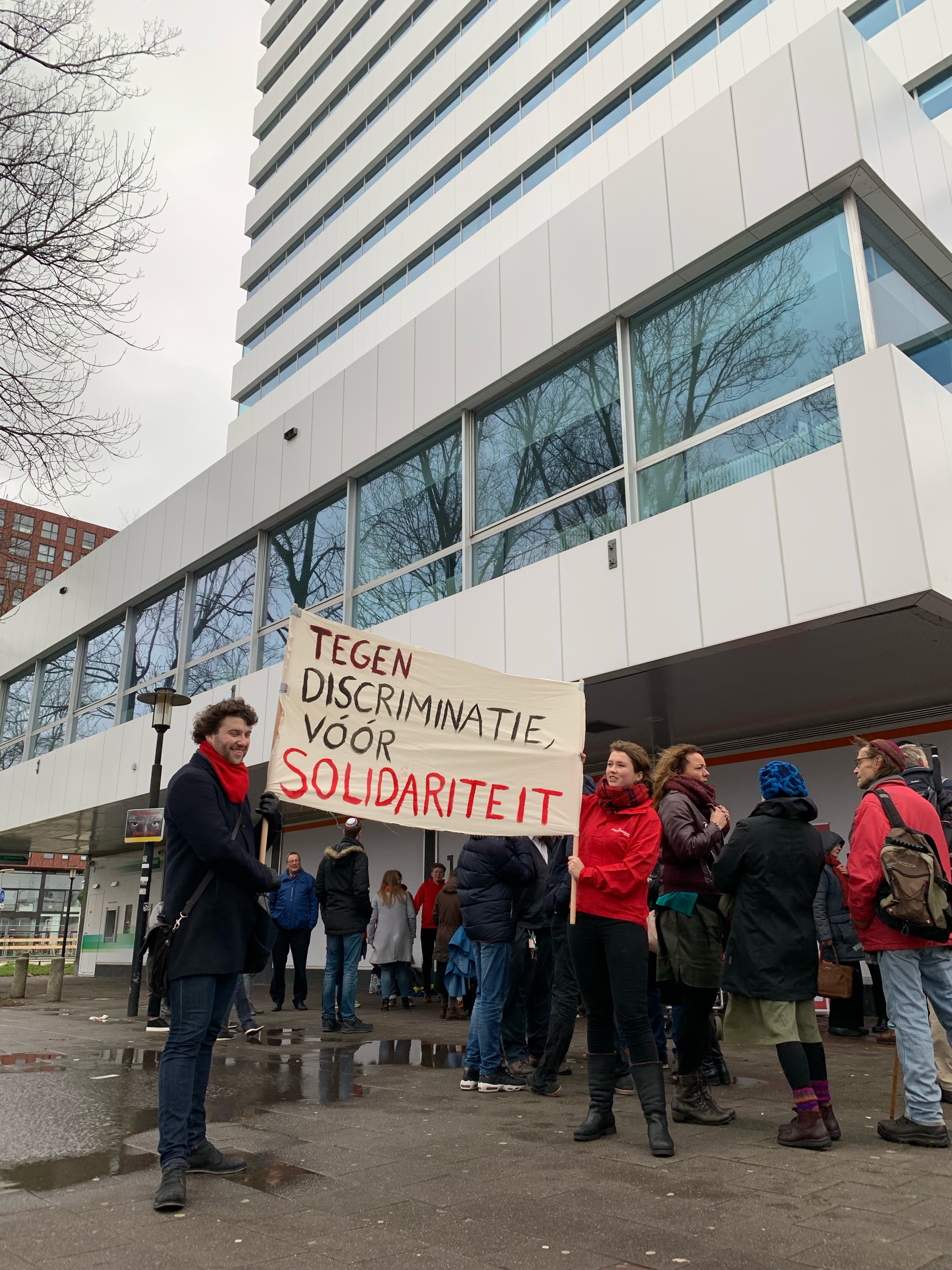 Dutch locals from the city of Utrecht assembled to express their support to Jewish Utrecht residents at the Nova shopping centre in the district Kanaleneiland on 13 January. With kippahs on their heads, the protest participants spoke out about intolerance, anti-Semitism and remembered the social democratic values which Europe has at its core.

Recently, two YouTubers had to bear anti-Semitic comments while walking with a visible kippah in Kanaleneiland, a multicultural district located in Southwest Utrecht. That is why the Young Socialists in the PvdA, a politically independent organisation affiliated to the Dutch Labour Party, decided to organize the peaceful protest. About thirty citizens and members of the Jewish community joined the Young Socialists.

Joachim Cornielje, the Young Socialist chairman, stated that “the aim of this event is to promote tolerance. We stand next to the Jews today, but we will stand next to other groups who suffer from discrimination.” G.H. Keunen, who attended the protest, explained why he was wearing a kippah, “I’m protesting against the behaviour of human people who have committed aggressions.” Claiming Christian values, Keunen pointed out that “God has given us the duty to take care of everyone who was created by Him. It’s not acceptable the dangers that some human beings suffer because of their beliefs.”

Cornielje highlighted the broader scope of the problem: “fighting against intolerance is a key principle in socialist democracies. We are all socially equal. Intolerance shows the opposite.” In fact, the incident was not an isolated hate crime in the country. In March last year, the Kosher restaurant Ha Carmel on Amstelveenseweg in Amsterdam was vandalized.

Moreover, a new research carried out by EenVandaag, the Dutch investigative media program of the public broadcaster, stresses that many Jews still do not dare to express themselves as Jewish. 43 percent of participants adjust their appearance or clothing to prevent them from being recognized as Jews, for example by wearing a cap over their kippah when they go out on the street. And almost half of the interviewees sometimes avoid situations for fear of anti-Jewish remarks.

December 2018, First Vice- President of the European Commission, Frans Timmermans, said in a press release on a survey showing anti-Semitism is on the rise in the EU: “I’m deeply concerned about the growth of antisemitism as concluded by the report of the Fundamental Rights Agency. It is essential that we combat this scourge forcefully and collectively. The Jewish community must feel safe and at home in Europe. If we cannot achieve this, Europe ceases to be Europe.”