Blog: We must keep the dream alive 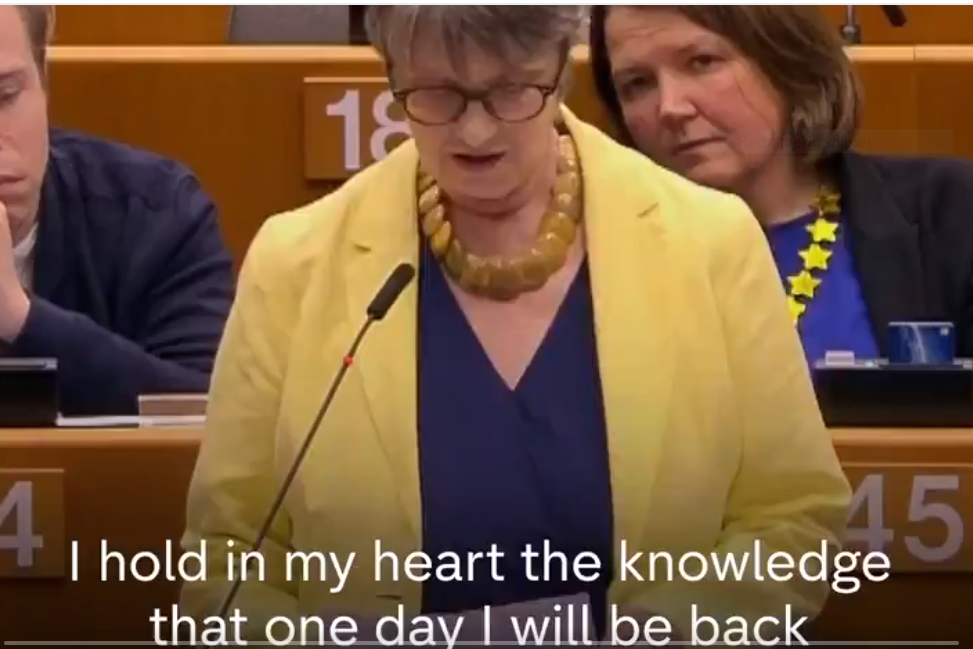 Journalism students Sam Blom and Engeline Keizer recently came across a quote of Molly Scott-Cato. She was a member of the European Parliament for the United Kingdom before they withdrew themselves from the European Union. On the day she had to give up her seat in the Parliament, she stated: “We must keep the dream alive, especially for young people who are overwhelmingly pro-European.” Seems like a fair statement.

Words have power. Sometimes you don’t notice the action you have set in motion using your voice. Especially if you have an authoritative position. People trust you and the information you are spreading to be true. Reality is that some people who have prominent positions sometimes say things without giving evidence to enforce their statements. There can be multiple reasons why they do not give the source they based their claim on. One of those reasons could be because the claim is false, and they knew it. Another reason could be because they were unaware that they actually stated something that needs evidence. Whatever the reason is, it is important to check claims of people with influence in Europe.

Until you dig deeper and discover that this an extremely bold claim to make. She uses words like ‘the dream’, ‘young people’, ‘overwhelmingly’ and ‘pro-European’. These are words that are pretty hard to define. For example, what is ‘the dream’ she is talking about? And what does she mean by ‘overwhelmingly’? When are you overwhelmingly pro-European? A lot of questions arise if you take a closer look at her statement. We decided to go on a journey to discover what she meant.

First thing we tried was sending Molly Scott-Cato an e-mail. We asked if she could tell us on which sources she based her statement and if she could give some further insight on the state in which she made her claim. Up and until today we have not heard back from her, which makes it hard for us to check her statement.

Therefore, we tried to find out if the statement is true without her help. We contacted Adriaan Schout. He is an expert on the European Union and Europe. Pretty quickly he responded that the statement Scott-Cato made, was indeed hard to check. Luckily, he also provided us with some helpful information to do more research on the claim.

A tool that the European Union often uses to monitor the trust of people in the EU, is the Eurobarometer, used by the European Commission. The thing is, there is actually a lot to say about the reliability of this Eurobarometer, as we read in a 2018’s publication of Schout called: “Clingendael State of the Union 2018: towards better European integration”.

According to the Eurobarometer, the trust of the people in the EU has been decreasing over the last years. Schout stresses that there are very big differences between countries in the level of trust in the EU. Countries with a strong economy, for example Germany and The Netherlands, are less dependent on the EU as countries with a less strong economy, which depend more on the EU. It is possible that the lack of trust in the EU in strong economy countries is not caused by the EU itself, but by other member states. In that case, it is not the EU who has to regain trust, but the other member states. The problem is, the cause of the lack of trust is not something that is asked about in the Eurobarometer.

On top of that, Schouts writes that the surveys who determine the Eurobarometer are outlining a way too positive image of the situation. For example, according to the Eurobarometer, the support for the current integration strategy is big. But, in the surveys is not asked if people are willing to pay extra money in order to realise further integration. Research from Schout himself resulted in the conclusion that the support for the current integration policy has decreased significantly when those questions are asked. Those questions are not asked in the surveys who determine the Eurobarometer, and according to Schout, they should be.

From these findings it is hard to state facts about the claim Scott-Cato made, because the research from Schout is not based on ages. Therefore, we still cannot say for sure that young people are overwhelmingly pro-European. Even if there was research available about young people being pro-European, it is still hard to check the quote of Scott-Cato in its essence.

We asked Baldwin van Gorp, Professor of journalism and communication management at KU Leuven in Belgium, author of ‘Verdraaid!’, a book about the way journalists frame their articles, to give us more insight on the quote. He said that the quote of her could be interpreted in different ways by different people. Also, according to Van Gorp, one word more or less could mean the world in these cases. Because there is no proof that Scott-Cato said it exactly as how it is quoted in the article, it is even harder to interpret.

In conclusion, we can never be sure what Scott-Cato meant to say. To do so, we must understand what her perception of the world is and understand the culture in which she grew up. We must get to know her and the way she speaks as well as her emotional level on the day she made her statement. They could all add up to the way she stated her quote.

Important to remember is that we always need to be aware on how statements are presented in the media. Even claims that seem like they are true. These are the most dangerous ones. Just because they seem to fit into our opinions because of the way we perceive and, sometime unconsciously, frame, does not mean the claims are true in their essence.