What can we learn from each other? 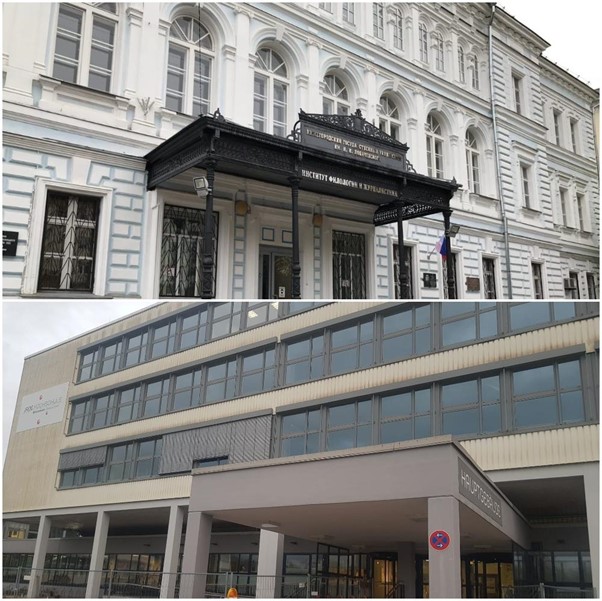 Being neutral and objective is one of THE standards by which qualitative journalism is measured. But truth is an abstract concept, and more often than we’d like to admit, it can’t be grasped from a single perspective. Here’s what we learned from a cross-national collaboration between German and Russian journalism students.

How did we get here? This is a reflection on a cross-national collaboration we (German students) did with Russian students, which targeted to create a media analysis and a factcheck within only 6 weeks. And although there now will be a blogpost where there should have been a media analysis, we’ve learned more about being constructive, neutral and truthful through a simple change of perspective than through weeks of research.

The bias we have on the bias against us

We – the German students – wrote a fact check on an article by a Russian medium that claimed that the 2021 elections in Germany had a significantly lower count of OSCE-observers monitoring the elections than the 2017 elections. After intensive research we found out that the article omitted some crucial information, but we weren’t sure whether the assessment should be considered mostly true or mostly false. So we went on to check the claim author’s possible intention and we spoke to a political scientist who assumed that there was indeed an agenda behind the claim and also provided possible reasons for the intentional omission of information.

Our Russian colleagues confirmed a possible intention behind the claim by an expert interview themselves, but the Russian political scientist interviewed did not express any assumptions on reasons for this agenda. Our fellow Russian students also noticed that the reasons given by the German expert were not scientifically supported.

At first, we thought that the way we quoted our expert was in line with journalistic ethics, but at second glance we realized that our Russian colleagues were right in their criticism of our way of working. People living in western democracies (including journalists) tend to trust their own political systems more than those in other countries, and although the German democracy and elections can be described as stable, free and fair towards its citizens, we should measure its advocates by the same standards as its critics.

Difficulties from another perspective

At this point, we’d like to explain what happened to our media analysis. We initially wanted to investigate how the German elections and the correlating OSCE observation mission in 2021 has been perceived by Russian and German media. We wanted to examine how different media view the German elections, democracy and its stability as well as the integrity of the OSCE and its observation missions. Unfortunately, we focused on the latter while our Russian colleagues selected media and articles that dealt predominantly with the former. We think that this is partly due to a certain language barrier as well as different workflows in the Russian and German teams. One could say that we simply failed to properly moderate the cooperation in order to agree on the same topic, which led to difficulties in merging the results identified by the two teams. But there is more to the picture than meets the eye.

There were seven criteria we agreed on for our media analysis, three of which directly referred to the substance of the media and articles examined. We think it’s completely normal that there is a stronger interest in the German elections and its results itself for journalists abroad, while for us as domestic researchers topics such as the reflection of said elections (e.g. by the OSCE) can be more interesting. In addition to that it’s quite interesting that our Russian coworkers didn’t find (a lot of) Russian media that targeted the OSCE observations in Germany, considering that it has been Russia Today-DE that made the claim we based our fact check on. This didn’t fit the picture we previously had of Russian media and their standpoint towards German elections and democracy.

What we tend to overlook

Finally, we’d like to point out that journalists from different countries simply work differently. This can affect the results positively and negatively. Our collaborators provided a different perspective. The wording Europeans use to describe media and political circumstances often holds a certain bias that we don’t really notice until we speak to someone directly affected by said circumstances. That’s exactly what happened when we quoted our expert and was part of the reason our colleagues criticized that part. We should not underestimate how much we can learn from colleagues from different cultures and what we can achieve by collaborating with another group that shares its insights and energies. Journalists working cross-medially need to compare not only their results, but also their concepts, methodological preferences and writing styles.

Cross-national comparative research offers the opportunity to write balanced reports. However, this does not mean that getting there is easy. As the perspective on a subject changes, so does the perspective on sources, experts, workflows and wording. It is very important not to compare apples with oranges. And it’s important to be open to new approaches. Just as our title picture shows: There’s more to the picture than meets the eye (top: Our collaborators university in Russia, bottom: our university in Germany).

Our cross-national experience shows us that cross-national journalism is not only about researching, writing facts and following a standard, but also about intercultural differences and understanding the different context and backgrounds we work and perceive media in.