Blog: End of the European Union – who pays the price? 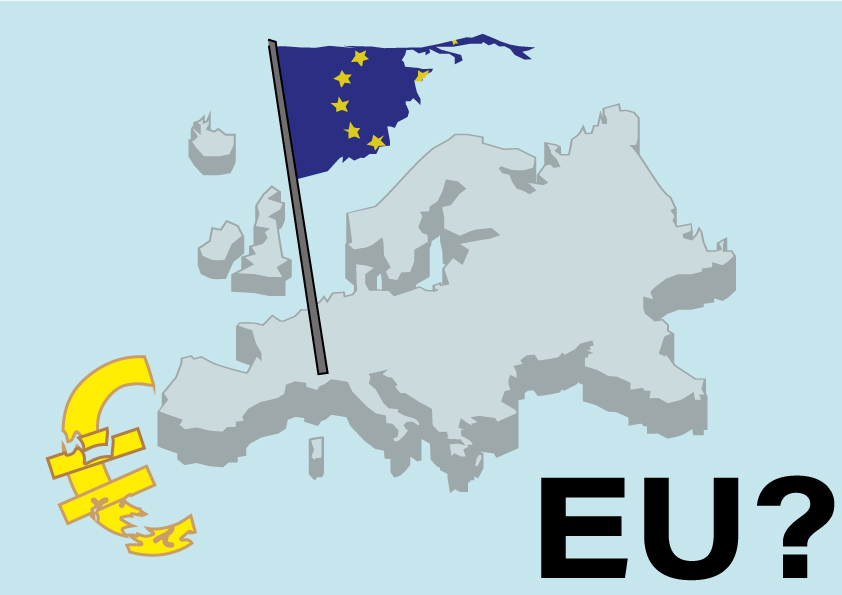 Nowadays, 27 countries are members of the European Union, that was founded in 1993. All of them benefit from democracy, security and free movement of products and capital. The aim of this Blogpost is a conceptional experiment, which takes place in Europe – but pictures the countries without the reliable union. All members have left the alliance and are currently not looking out for any alternatives. To put it simply: the European Union spontaneously dissolved, leading to chaos and dramatic changes.

The first days after the European Union dissolved

In an interview with Senior Economist Berthold Busch about this matter, he stated that in the case of a dissolution custom duties would be immediately established again and the free movements of goods and capital would be interrupted. “Border controls would lead to a limited mobility of transnational workers,“ as he explains. Therefore, to work in or travel to another, maybe even neighboring country, you would probably need a visa.

Political Scientist Peer Fischer accords and explains that deliveries including groceries, sanitary products or clothes would be delayed. Advantages that we take for granted, like a common currency, easy travelling or continental mobile communications would be extinct.

What about the money?

The disbanding would also affect our industry and commerce by interrupting international value chains. Many companies produce individual parts of their products at different locations, causing transports across borders. An EU-implosion would lead to deliveries taking much longer and being more expensive. In a consequence of that, the international competitive ability would be shrinking. According to Busch, selling products on an international market would be way harder than it is now. “Products, which are normally produced and authorized in Germany might have to get a new license for the export to our former partners.“ This would cost a lot of time and money – resources many companies do not have. Once some companies bust, the market competition would be less intense, leading to an inflation of the Euro. As Busch states, “our economy would crash and the Euro would lose its worth.“ Policy expert professor Dr. Tilman Mayer accords, explaining that the Euro without the European Union would be “[…] scarcely conceivable.”

The end of Europe’s international power

Besides the economic effects, political relations between the former partners might be endangered as well. Within the union, it was way easier to solve conflicts and spread accordance. Social disagreements and the economical crash could lead to disputes, which would jeopardize the international connections, as stated in an article by the magazine Spiegel.

Furthermore, all experts interviewed for this blogpost see a potential dissolution as a chance for right-winged populists to gain more power. As we can currently observe, the European Court of Justice (ECJ) ordered Poland to pay a fine of one million Euros per day. Allegedly, Poland breaks EU law by entertaining a disciplinary chamber on its Supreme Court. Without the ECJ, Poland would have the chance to maintain the disciplinary chamber and jeopardize the democracy.

Overall, Europe would be in a weaker position without the European Union. Professor Dr. Tilman Mayer describes that the current supranational cooperation is leading to similarities in the foreign policy. The common foreign policy brings Europe’s states together and makes them work as one. As Peer Fischer states, without the union, the former member states would be compelled to completely change those policies. They would be left to their own devices and maintaining international relations would be more difficult. Without those relations, increasing conflicts between the former member states would lead to a loss of Europe’s international power, because the countries could no longer act as a community and a political player like China, Russia or the United States. According to Fischer, only new alliances could then reduce the damage of an EU-implosion.

No more shoes from Italy

For us as EU citizens the outcome of a dissolution would be life-changing. “French cars and Italian fashion are two examples of products that are currently used all over Europe.” Busch uses those examples to describe that it would be way more difficult to find those products outside of the countries they are produced in. The consequences of difficult shipments would be increasing prices and a smaller product selection, affecting the citizens directly. In addition to that traveling wouldn’t be as easy as it is now, especially for touristic reasons.

One of the worst consequences would be a higher unemployment rate. Due to the collapsing economy a lot of people would lose their jobs. The gap between rich and poor would widen.

Policy experts say that these consequences would have the biggest impact on financially unstable countries such as Romania or Czechia, because over the years the domestic market helped to bring living standards closer together. Without the support of the EU those countries would most likely fall back into poverty.

Let us take a look back at our fact check, in which we analyzed a tweet from the German politician Alice Weidel. She mainly complains about Germanys 20€ billion payment towards the EU, stating that contribution has never been so high. According to this, she is not surprised that an increasing amount of voices lean towards the „Dexit“. In conclusion, this tweet gives us the impression that the alliance is basically just an unfair waste of money. But this Blogpost clarifies that the union is more than just an expensive, geographic alliance. As it shows, all member states would lose a lot more than only their supremacy on the international market when leaving the EU. In an interview for our fact check, Senior Economist Dr. Busch makes clear that a resolution is “not even up for discussion and would be a deliberate creation of a serious […] crisis.”