False: The upcoming EU elections are “a referendum on abortion”

On the 12th of May 2019, Maltese leader of the Nationalist Party, Adrian Delia, stated in Times of Malta that the upcoming European elections are “a referendum on abortion.” He continues that every seat going to the Labour Party would be a seat in the European Parliament in favour of abortion. Malta is the only country in the European Union where abortion is not allowed under all circumstances.

For the small Mediterranean island between Europe and Africa with its overall catholic society, abortion is an unspoken topic. Moreover, in case of an abortion either the medical performer or the consenting person could risk jail time up to four years.

Manifesto of Party of European Socialists

In his statement, Delia says that a seat for the Labour Party is one in favour of abortion. And there is a reason why he makes this connection. 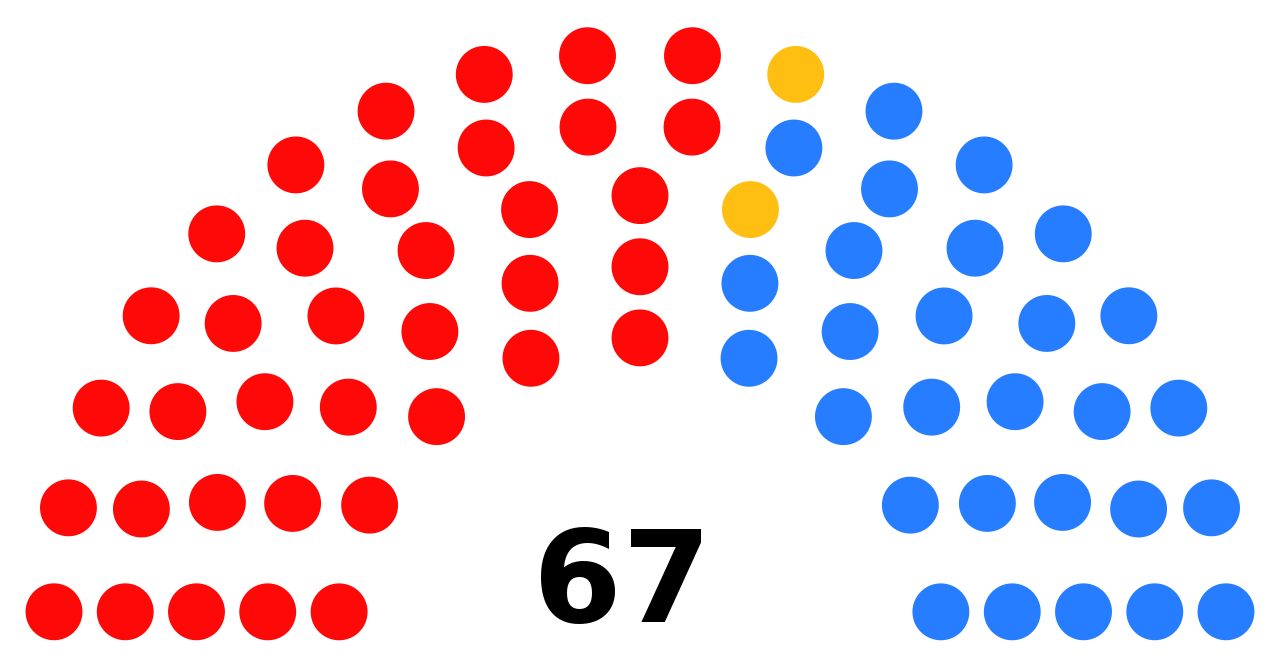 In the Maltese parliament, the Labour Party (red) has the majority of the seats. Other parties are the Nationalistic Party (blue) and the Democratic Party (yellow). Visual © United Union – Wikimedia Commons

The Labour Party, Malta’s largest party in the government, is part of the political group Party of European Socialists (PES) in the European Parliament. They’ve published a manifesto in the beginning of March 2019 for the forthcoming EU elections. It is written in there that they aim to “ensure that every individual has access to their full sexual and reproductive rights” and that “every person has the right to decide over their own body”.

Sexual and reproductive health is on one side the capability to have a “safe and satisfying sex life” and on the other side “the ability to reproduce”. Source: European Humanist Federation

A bit controversial for the Maltese member party. The Labour party does claim they’ll maintain their party line with regards to these SRR and Maltese MEP of the Labour Party Alfred Sant also said that “abortion is in no way part of the programme of Malta’s Labour government”.

It looks like that the views of the PES are different from its Maltese member party. Therefore, it does not directly mean that every seat for the Labour Party is one in favour of abortion. There is, however, more to this story that it first seems.

Malta as part of the EU

Referendum Malta for accession into the EU
Infogram

With a turnout of 91%, a small majority of the Maltese people agreed that Malta should become an EU member state. The numbers have been rounded up. Graph © Suzanna Demey

Labour leader Alfred Sant was, however, not convinced with this small majority. He wanted to make the upcoming general election the definite decider. His party’s ultimate loss in these elections led the way for Malta to the EU.

One of the condition for Malta to join the Union was that the EU would never be able to force the legalisation of abortion upon Malta. Therefore, the statement made by Delia is incorrect.

At last, Delia uses the word ‘referendum’. To know what a referendum and election actually entails, we looked up their definition in the Cambridge Dictionary. A referendum is a vote in which all the people in a country or an area are asked to give their opinion about or decide an important political or social question. An election is a time when people vote in order to choose someone for a political or official job.

In short, the similarity in these two terms is that people are being asked to cast a vote, but while a referendum is to decide something, an election is to choose someone. In this case to represent Malta in the European Parliament. Therefore, the word “referendum” shouldn’t be used in this context.

Although the Labour Party is part of a European group who strives for full SRR, abortion in Malta can never be decided by the EU. Moreover, the EU elections are not a referendum. This statement has been fact-checked and proven false.