Photo blog: There is a distinct relationship between pizzas and facts (mostly true) 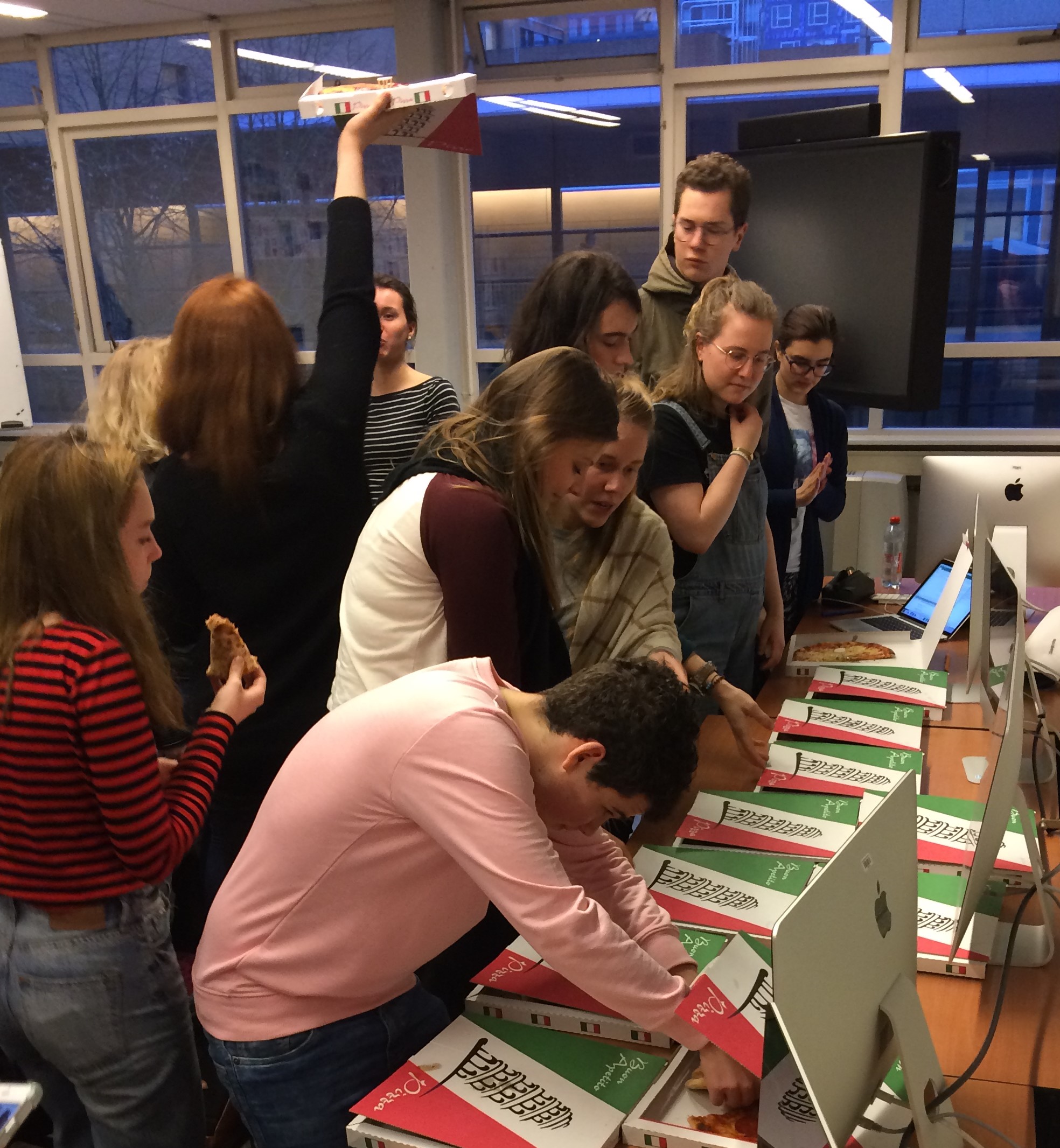 Most students, deeply entrenched in data research, have ‘grabbed’ for pizzas, at some time or another. So have I. Over the past three years I’ve been on the other end of the table, coaching young fact-checkers on their journeys to yet another election. Helping them to find their way in heaps of data, supporting them when they got lost in unreadable spreadsheets and got confused by twisted information. And at the end of it all, there was pizza!

EUelections: in search of facts
It all started in 2016 with the exciting idea from the European Journalism Training Association (EJTA) to fact-check the 2019 European parliamentary elections, with as many J-schools as would join our project. 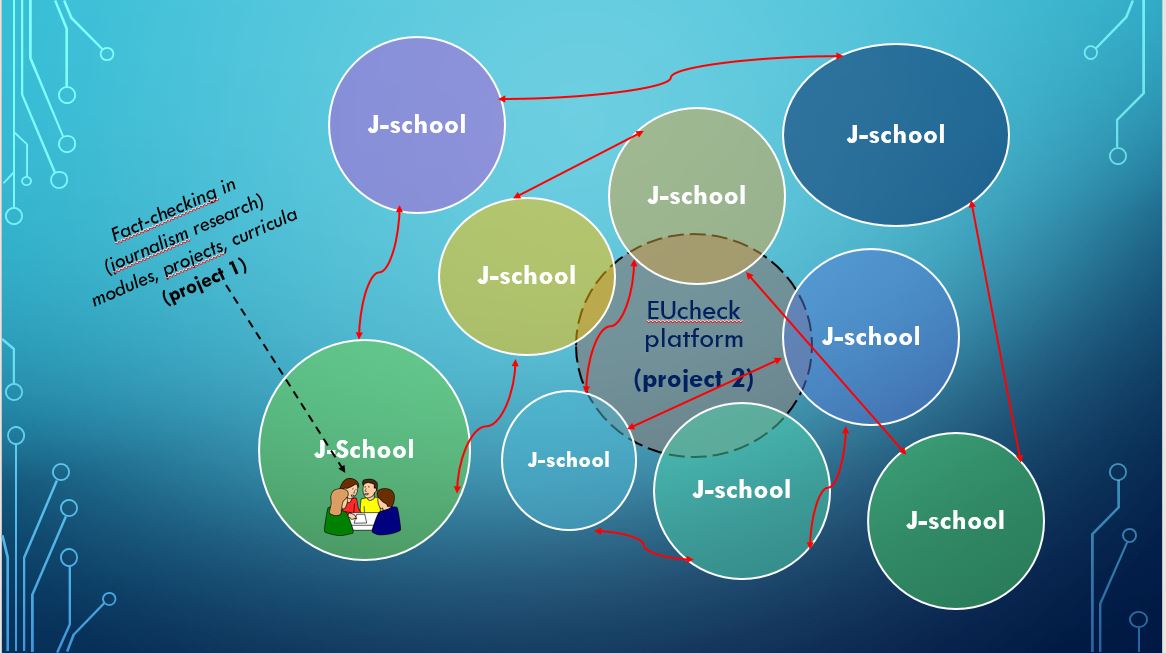 In three years’ time almost 20 schools from 15 countries worked together and developed a fact-checking methodology (flowchart). We set up our own platform (eufactcheck.eu) and joined in several European conferences and meetings, promoting our project. For the past four months we have checked claims and statements from politicians and wrote blogs about the elections and about fact-checking.

WTFact is born
In Utrecht, the Netherlands, we were in on the project from the very first day. Six weeks before the national elections of 2017 we started our Dutch fact-checking project WTFact, from scratch, with only first year students. In three years over thirty students have participated and thus also contributed to building EUfactcheck.
Let me take you along to the 2019 European elections in images of hard working students, challenging presentations and much needed pizza’s.

February 2017: WTFact is a fact! We have a team, we have a logo, we have a website, now we only have to find out how to fact-check.
Meanwhile the first claims are out there, only 6 weeks before national elections!

We work hard, make many mistakes, also great fact-checks, we have passionate debates about fake news and the future of our profession. 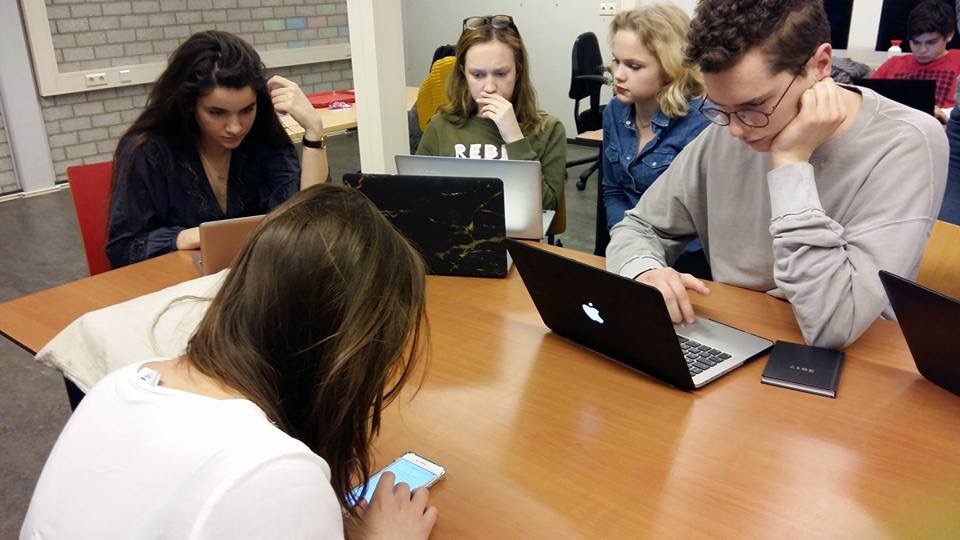 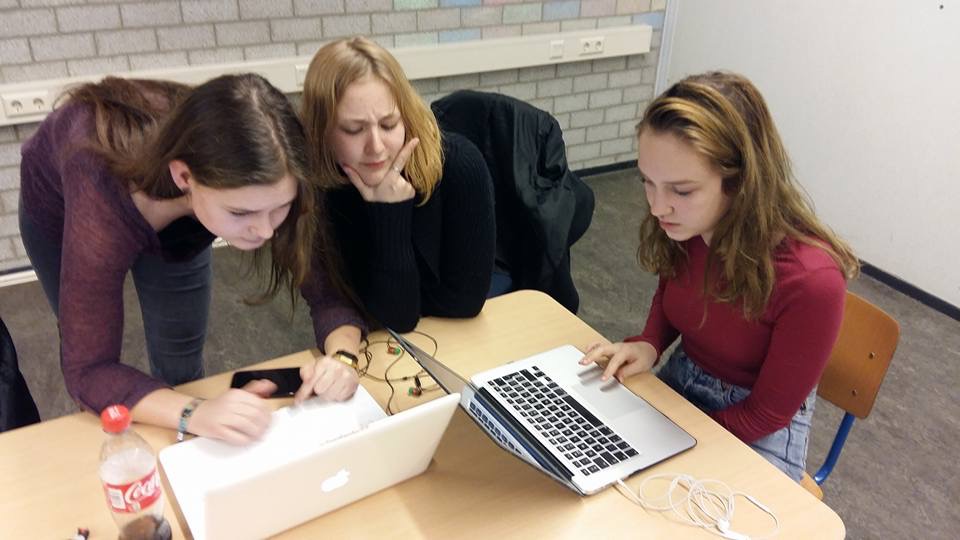 And we are successful: we participate in an election festival 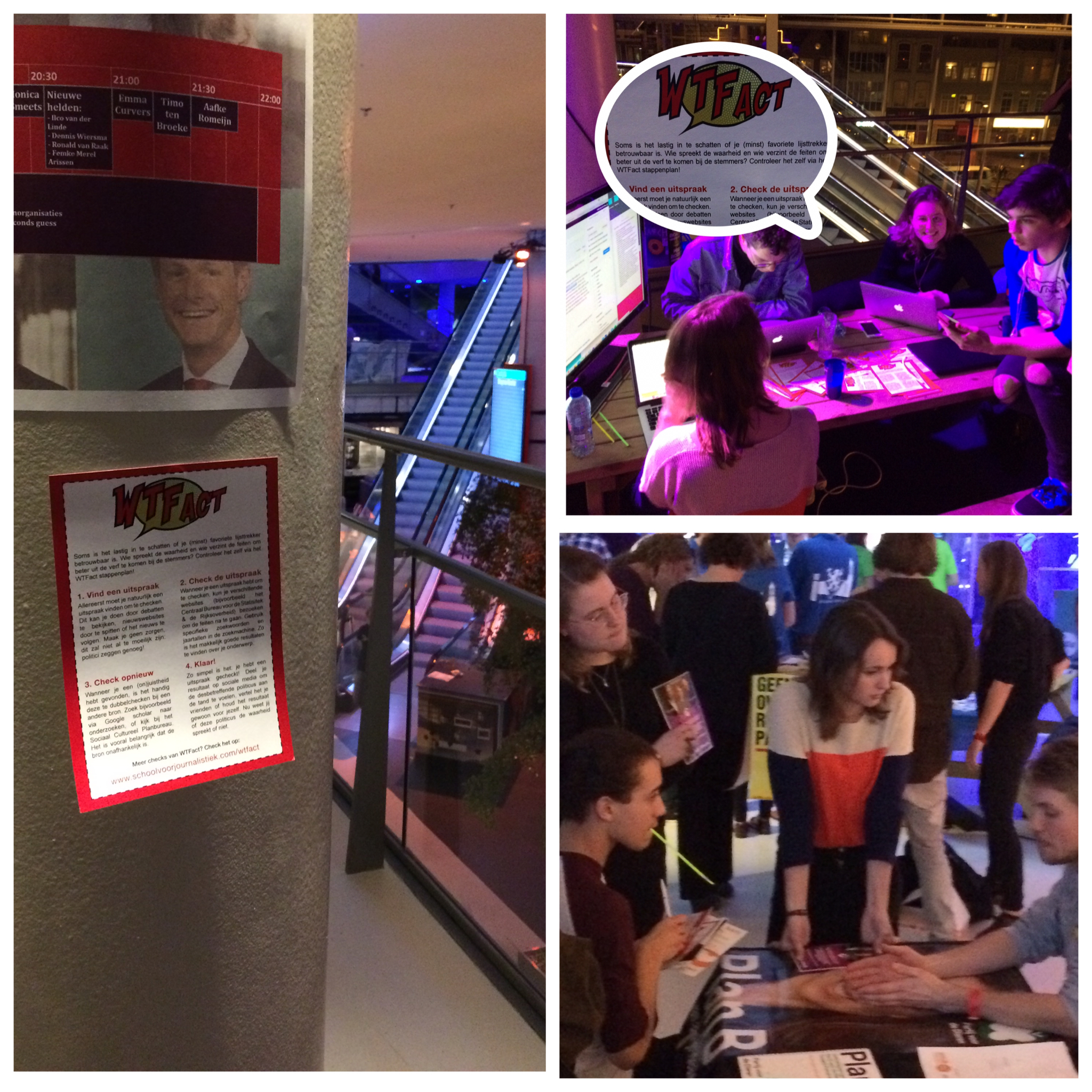 We are nominated for an honours prize and……we even have a stalker on Twitter! 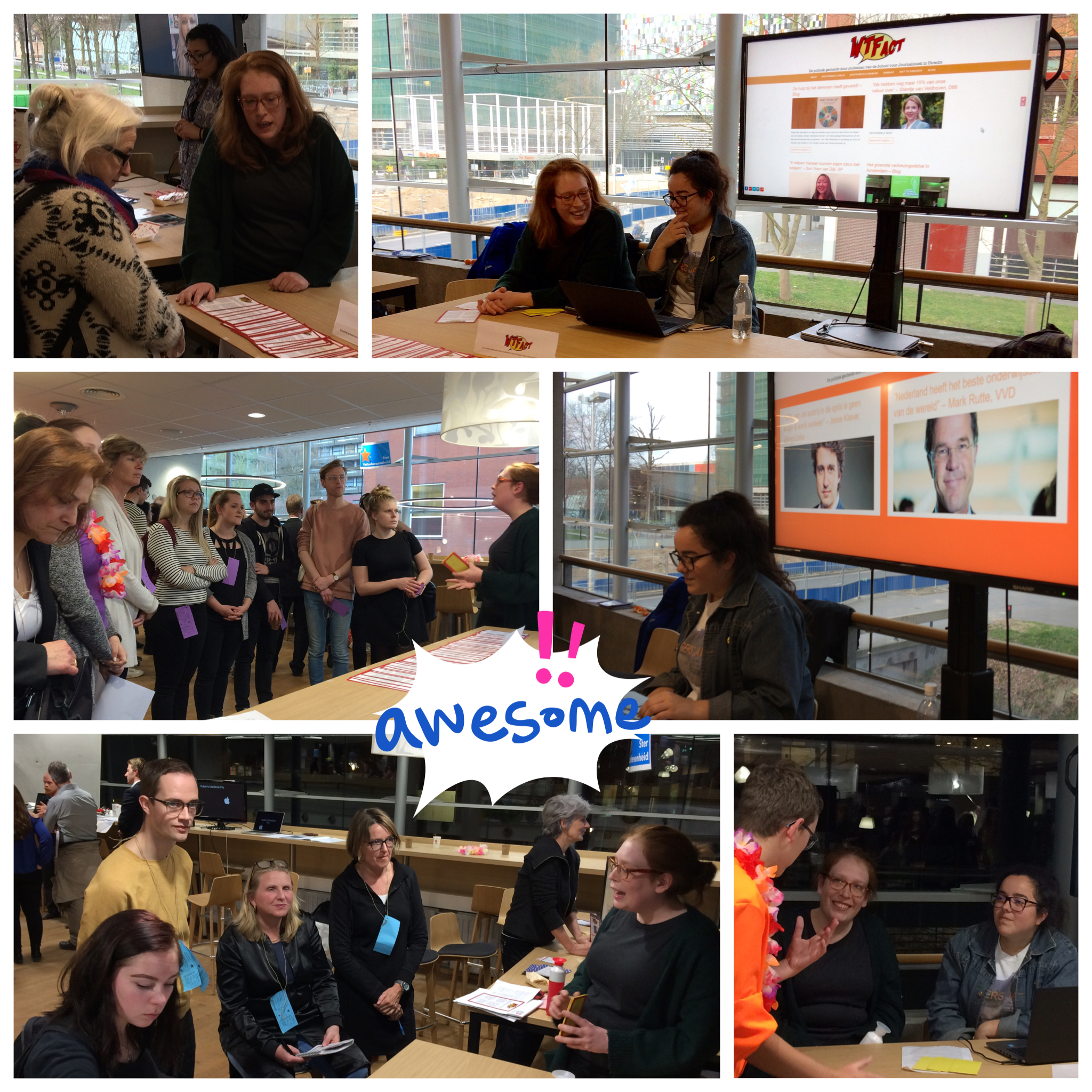 And then it is one day before elections, still so many checks and blogs to complete. There is only one solution: pizza-factchecking-marathon! 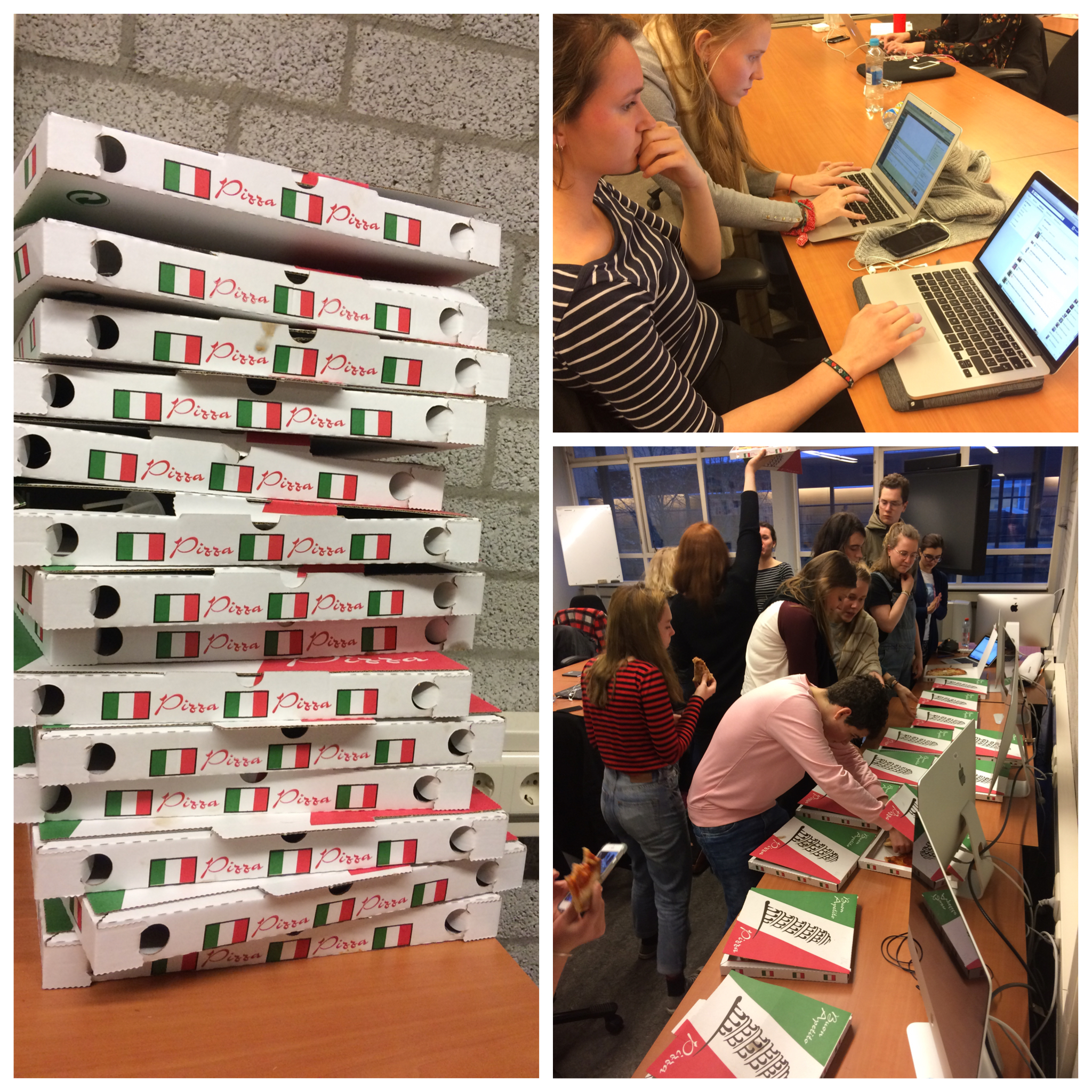 And the next day: election night in the pub. Some of our fact-checkers are even under-age for alcohol. Ah well, we have a lot of fun with the old socialists! 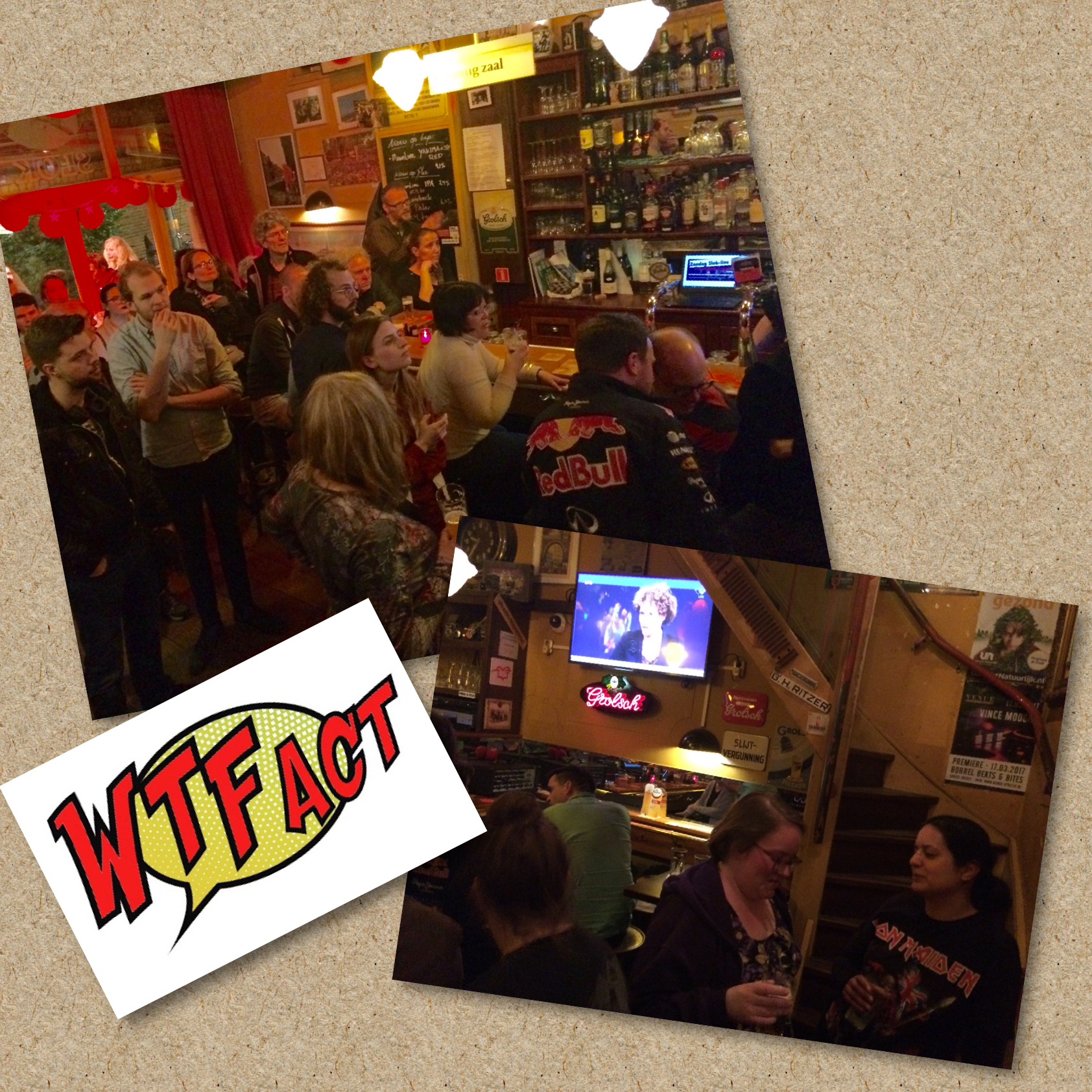 EUfactcheck gets out there
In the meantime, things are speeding up for EUfactcheck, the project becomes more real each time the J-schools meet at an EJTA conference. We exchange ideas, share our experiences and contribute to a general methodology. In November 2017 ETJA is invited to speak at the Forum for Democracy in Strasbourg. WTFact’s Georgia Oost speaks on behalf of the students. 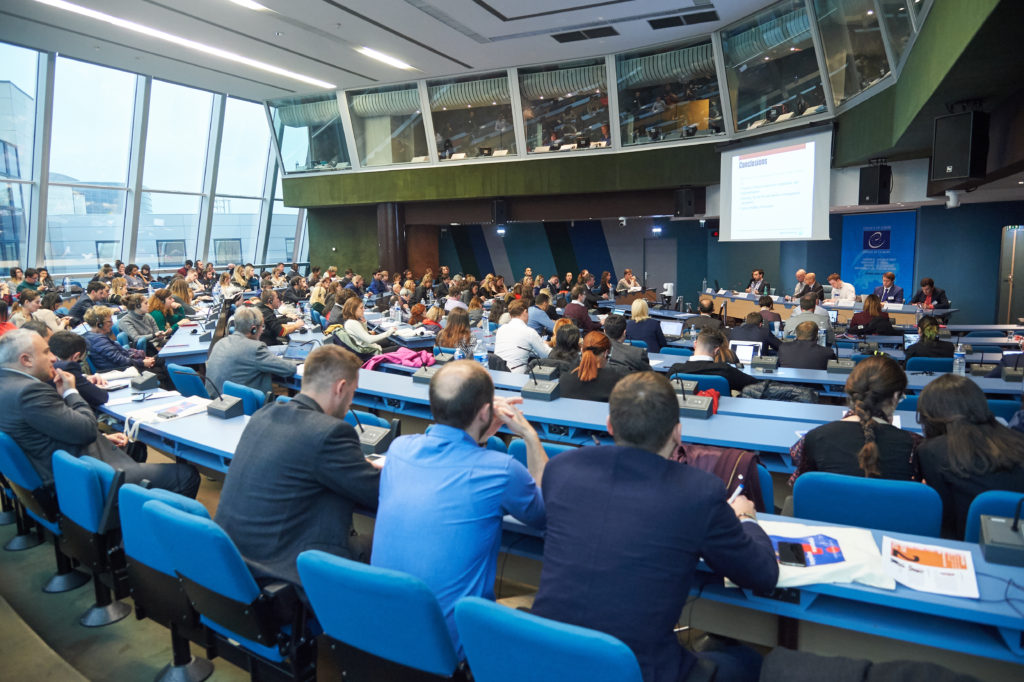 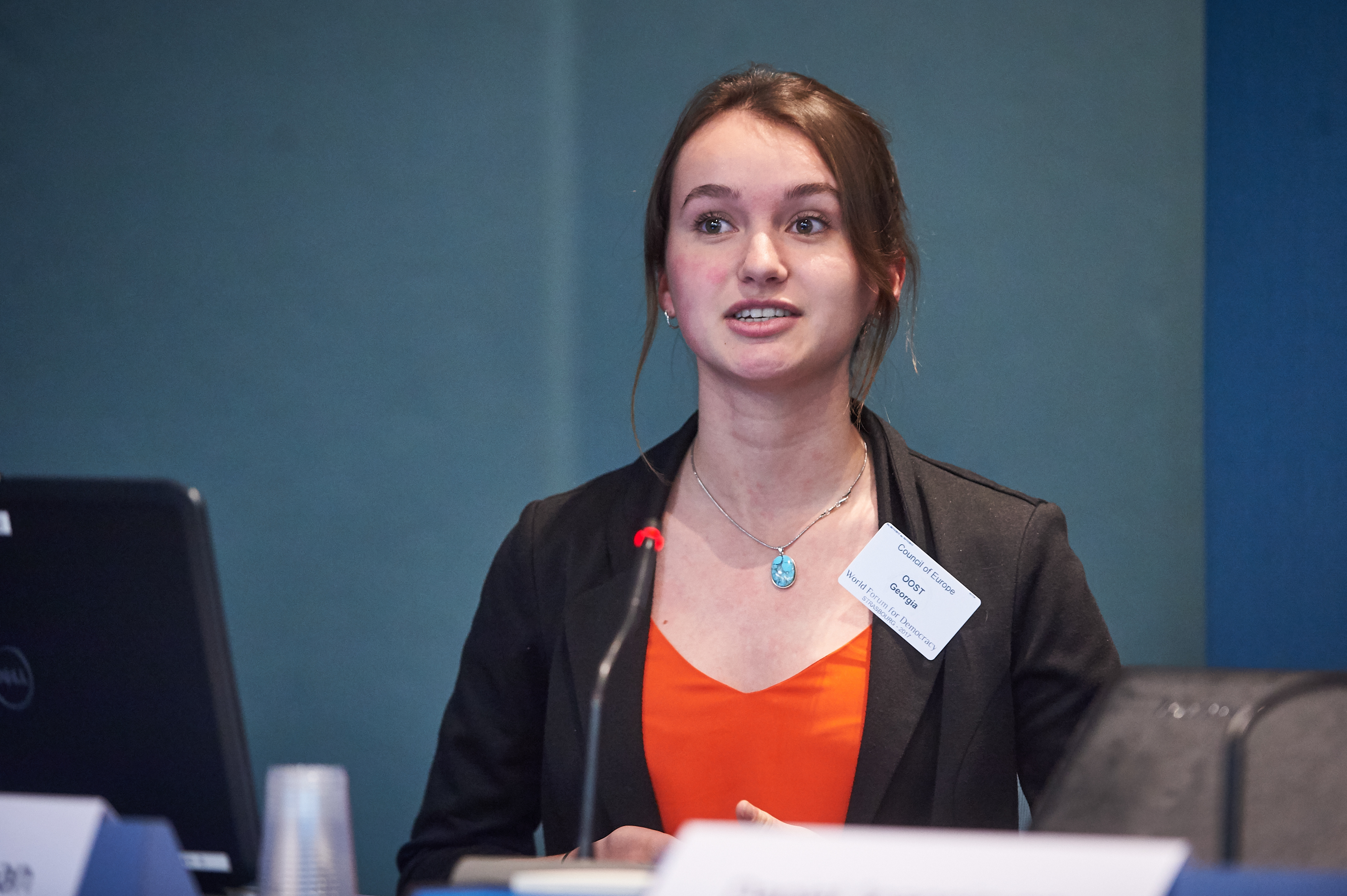 We get support from the Council of Europe and the Evens Foundation, a very welcome contribution to materialize our ambitions. In a Moscow’ café, at the next ETJA Teachers’ conference, the production team works hard to put that money to good use. 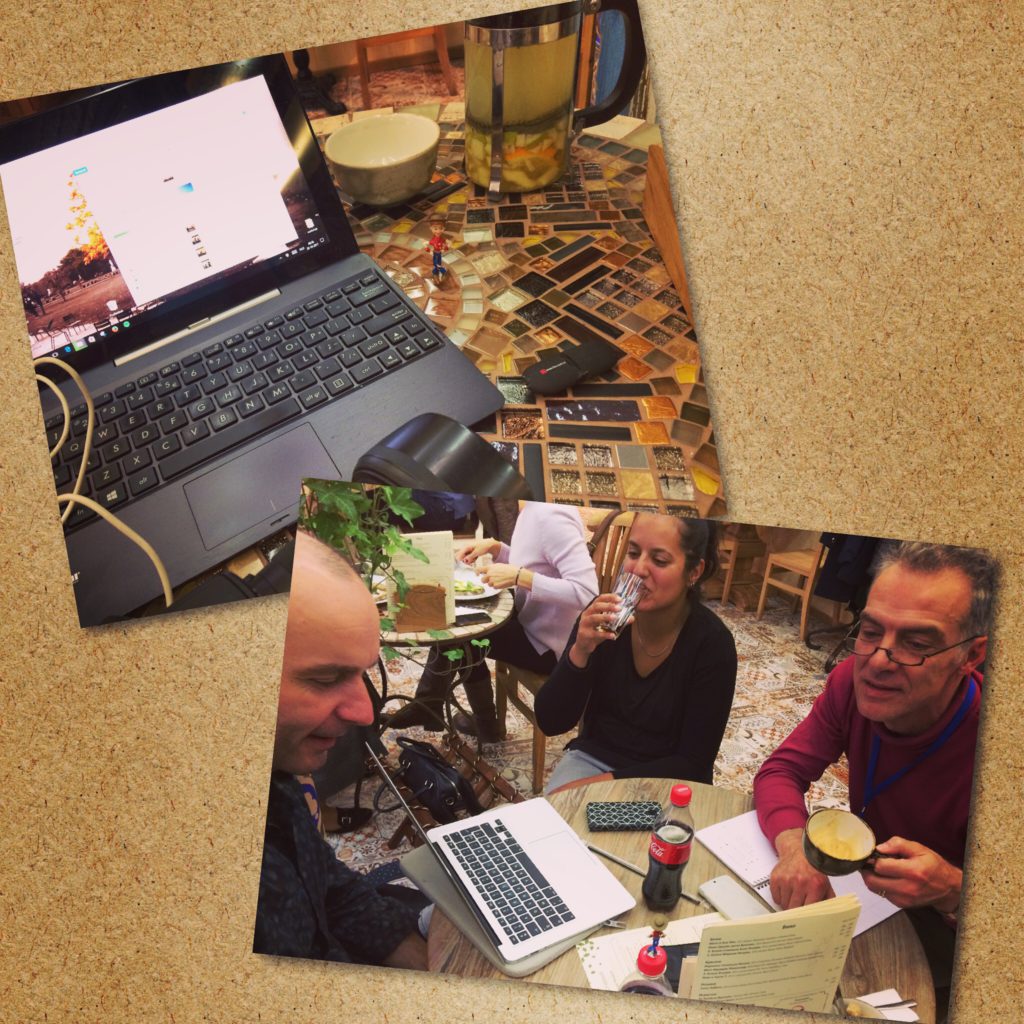 Back to local
In the Netherlands the WTFact-team is ready for yet another election: local this time. Quite a challenge to fact-check, for where do we begin with so many different municipalities, local parties and debates. To make it doable we select four cities, spread over the country. We take time to build a good social media strategy and design a publication schedule. 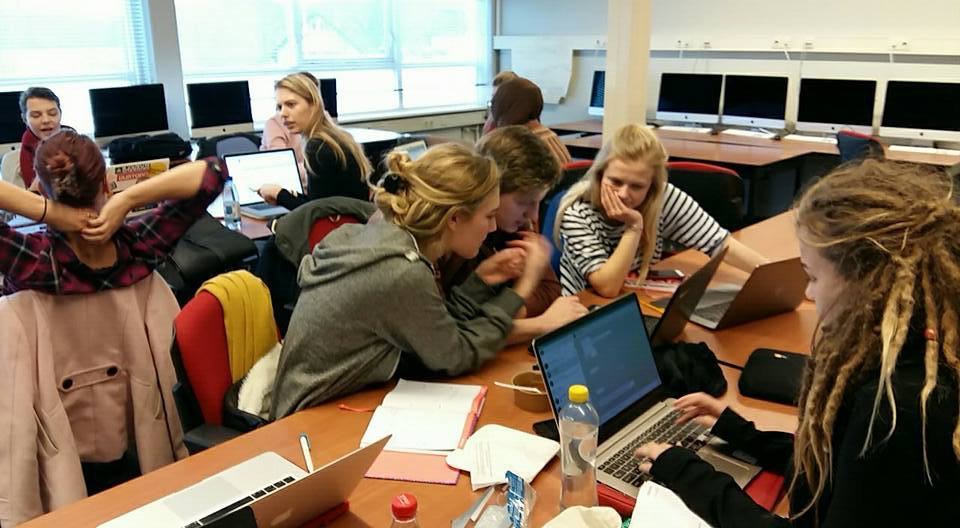 A smart pr-campaign gets us local media coverage….. 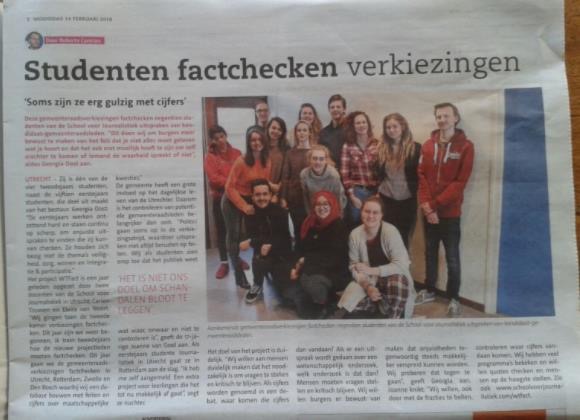 ……and we participate in a fake news special on national television, broadcasted from our own J-school building with all of our WTFact students in front row. 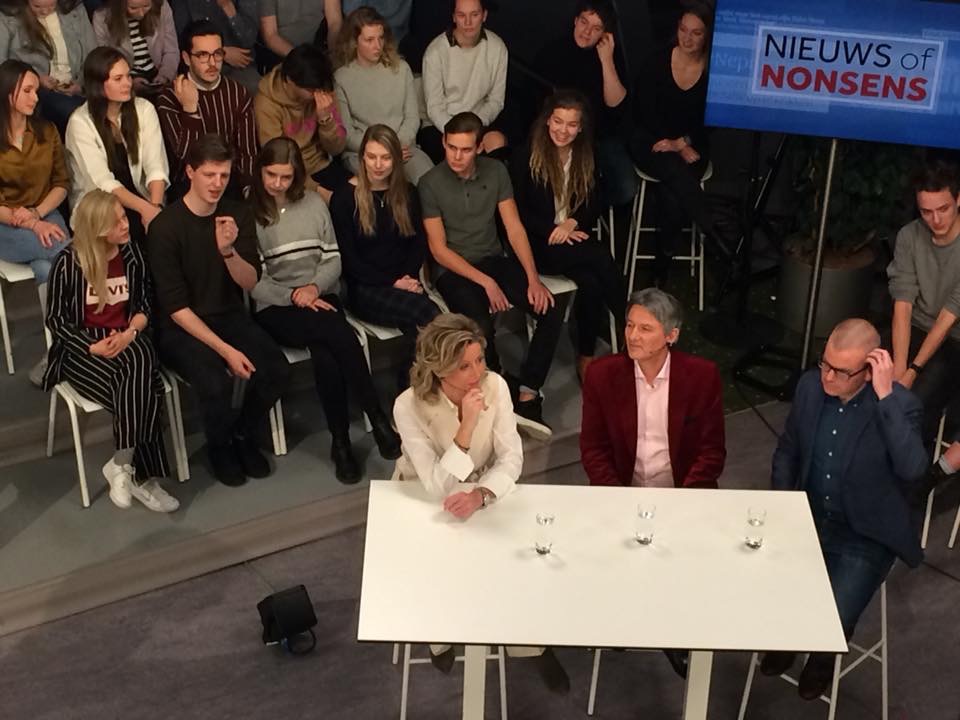 Some of last year’s students join again to coach the newcomers and take on a new challenge of working with local television in live-fact-checking. 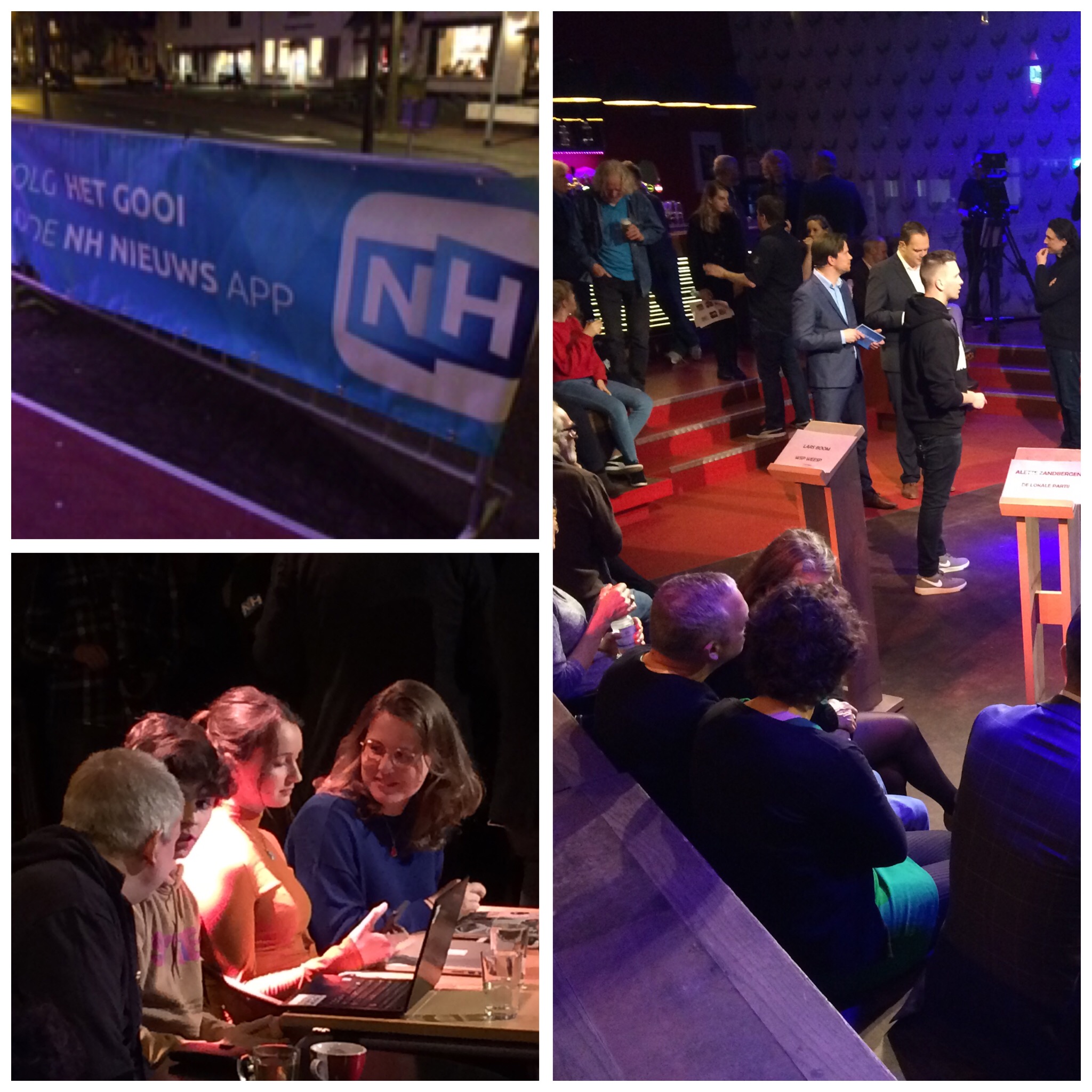 And then again it is the evening before the elections and again the busy last week has resulted in many questionable claims, taken on by hard-working –and sometimes moody- fact-checkers. This calls for a pizza-factchecking-marathon: what else! 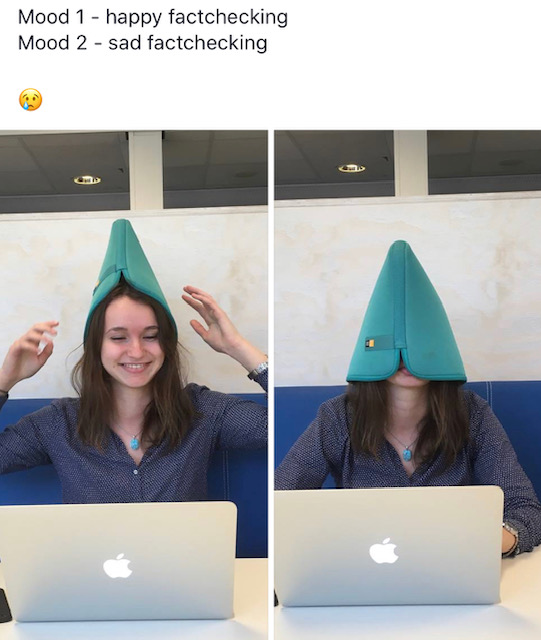 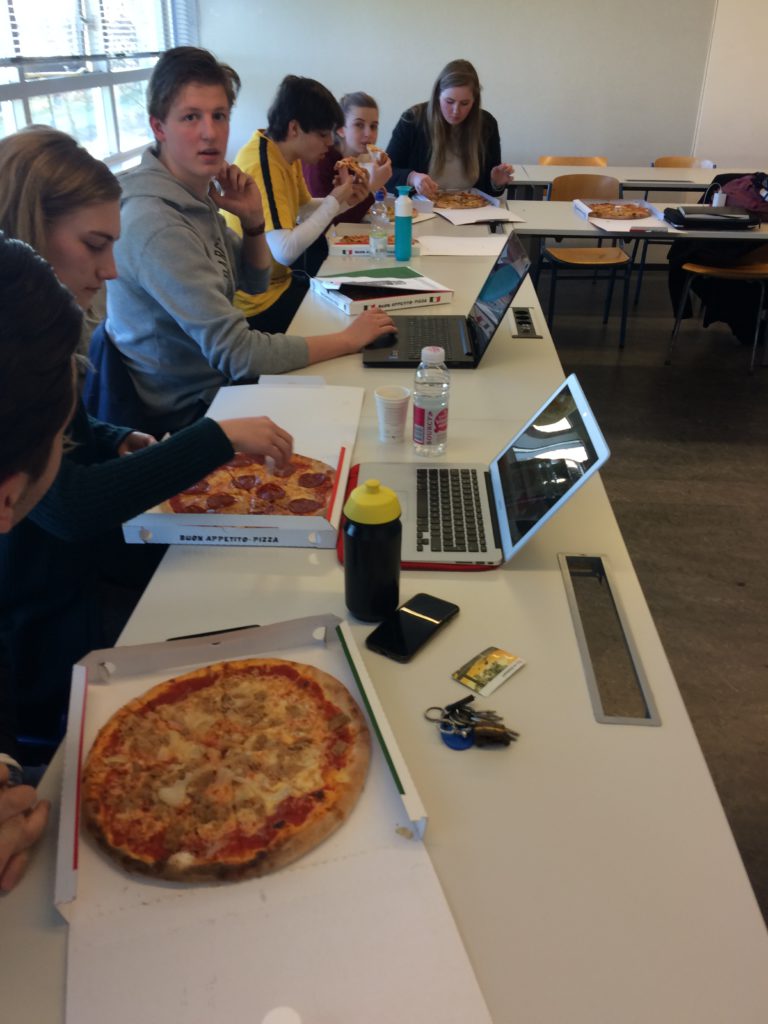 Momentum
For ETJA it is now time to make the final decisions on how we will fact-check the European elections. In May 2018, at a train-the-trainer workshop in Barcelona, we further develop our methodology and agree on the publication strategy. 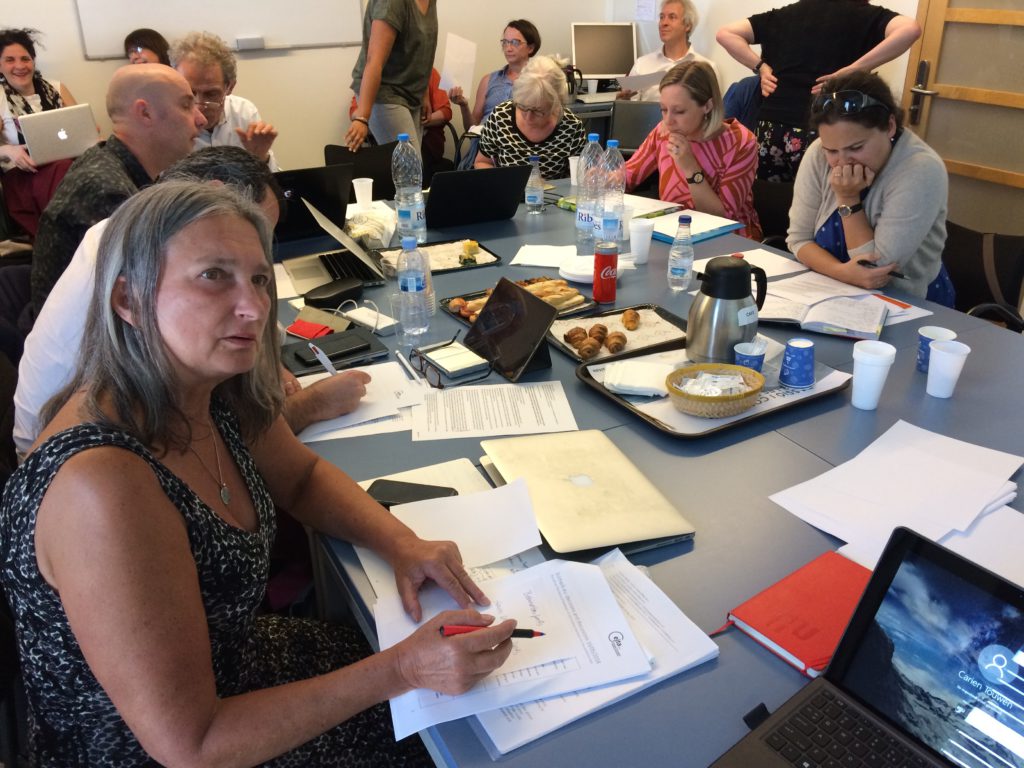 At the EJTA annual meeting we present our website and logo. Looking good! 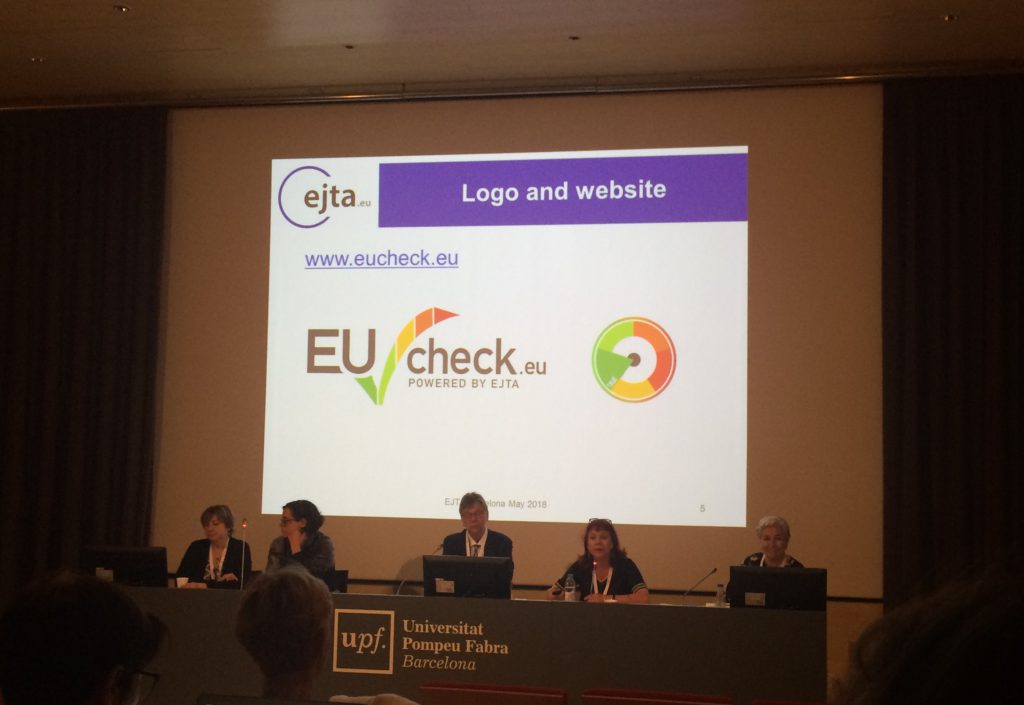 A few months later, at the Teachers’ conference in Thessaloniki, everything is in place. All participating J-schools have signed up for their place in the publication schedule, the flowchart is tested one last time and the first draft posts are on the website. 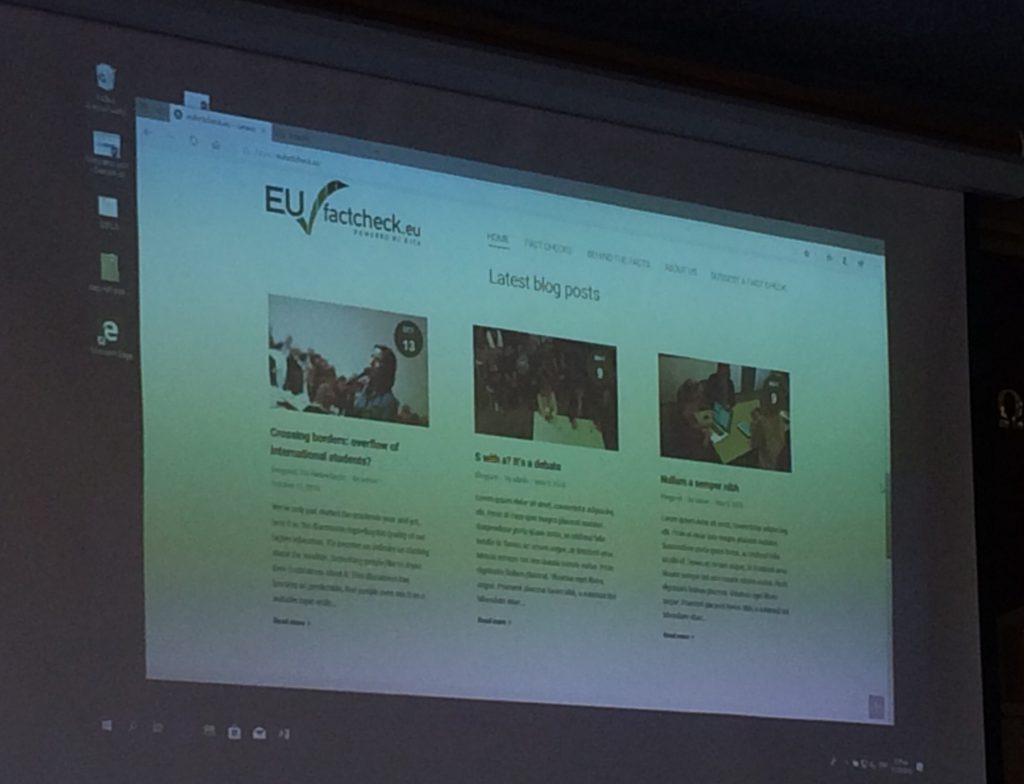 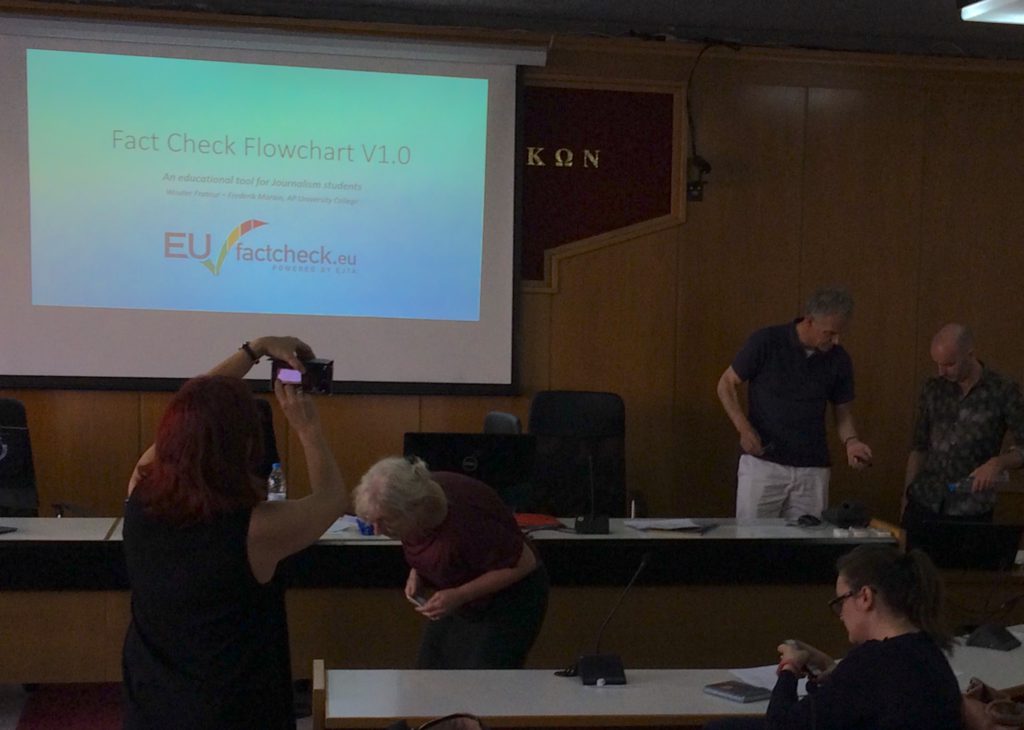 In the warm Greek sun the production team discusses the preparation of the Bootcamp in Utrecht. It will be the final get-together before the European elections campaigns start in Spring 2019. 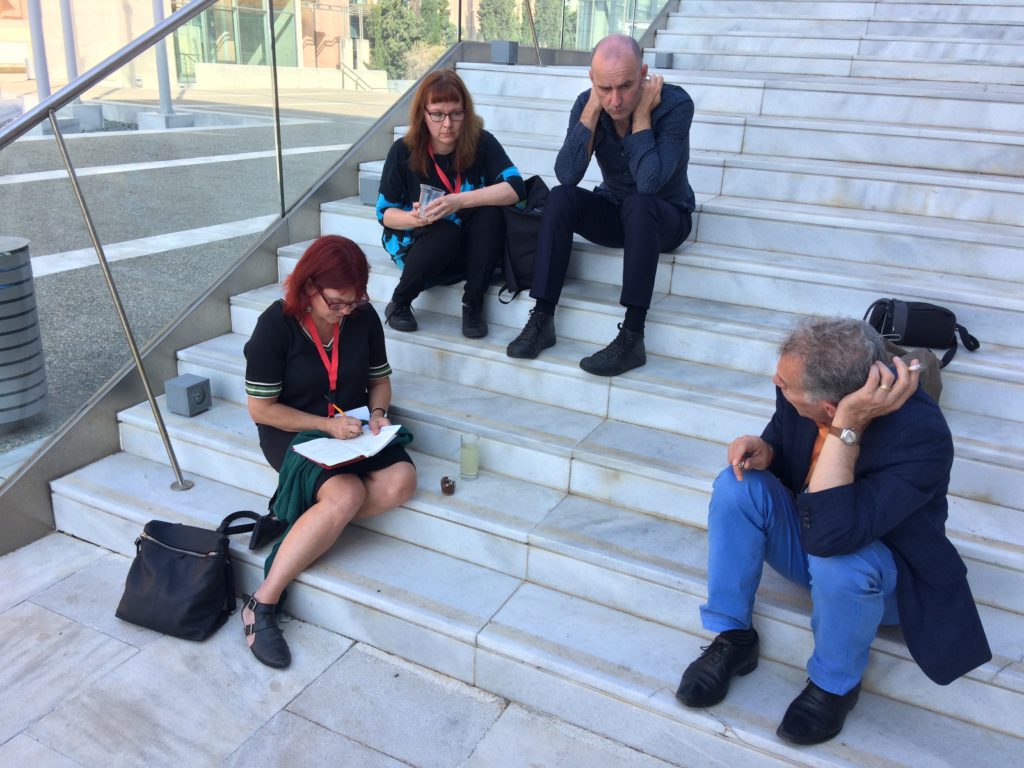 Bootcamp EUfactcheck
Back home in the Netherlands the WTFact-students, together with the international students from Europe in the World, are busy preparing for the two-day Bootcamp. They interview a European election expert, make a European database and start the first fact-checks. 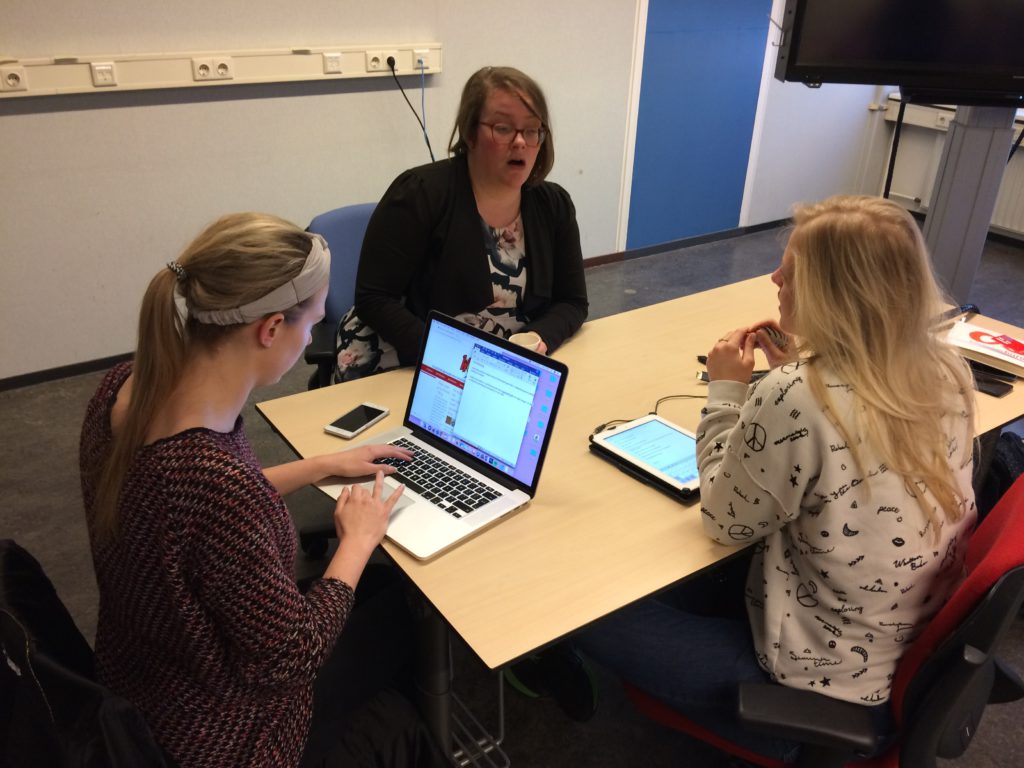 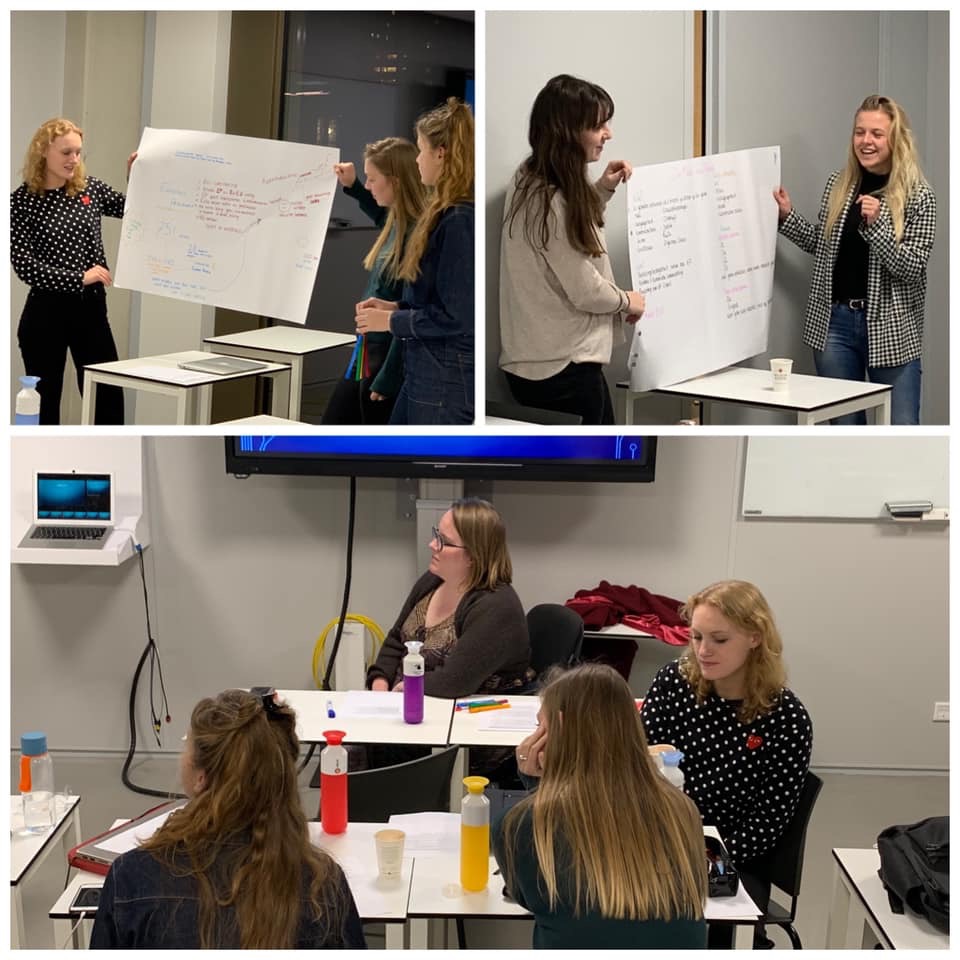 And then, end of January, everybody meets in Utrecht. All J-schools are present to listen to interesting key-note speakers and work their way through the ins and outs of EUfactcheck.eu. Ready for take-off! 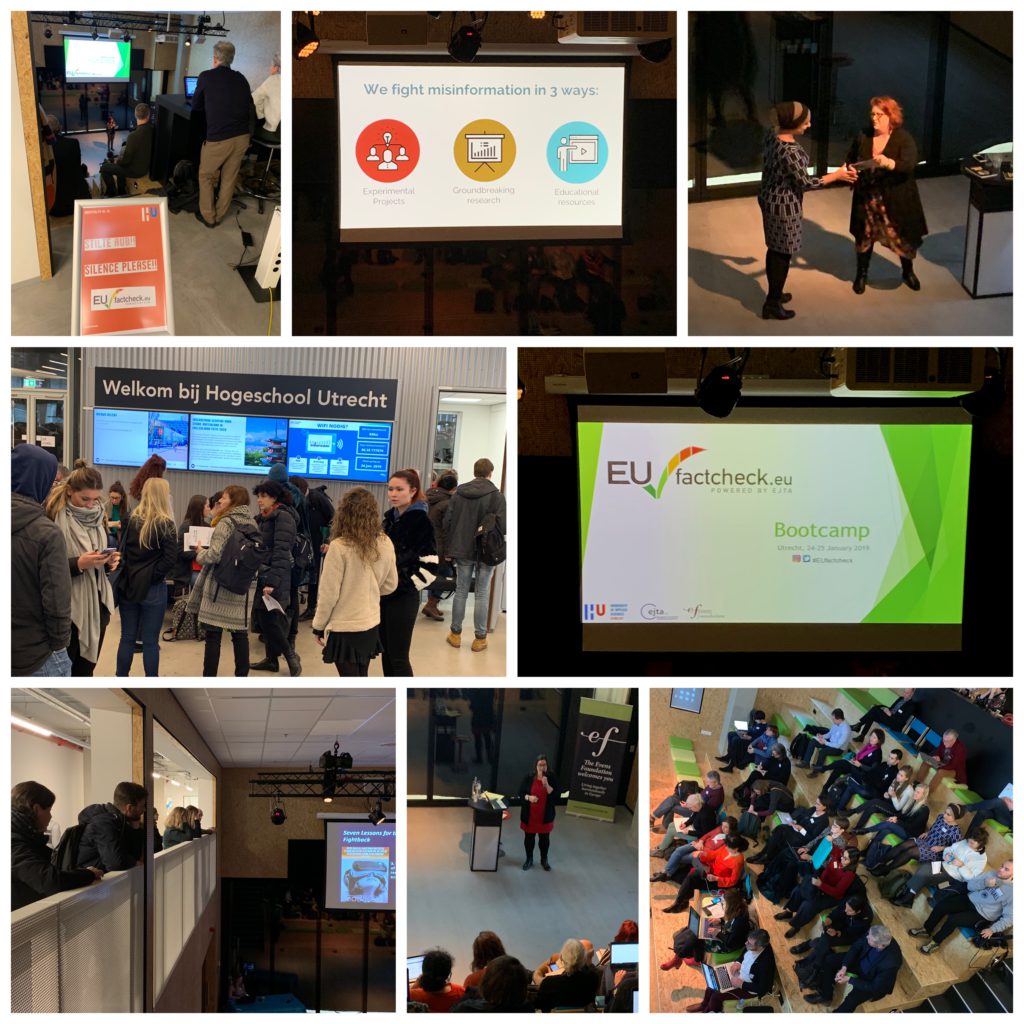 European elections, say what?
A new group of first year students join the WTFact-team and the search for confusing claims and misleading statements can start. But the election campaign is slow, Europe is not such a popular topic. There are plenty of other things to do, such as giving a fact-checking workshop at the Y-vote festival, joining in a fact-checking weekend organized by Cross Check….. 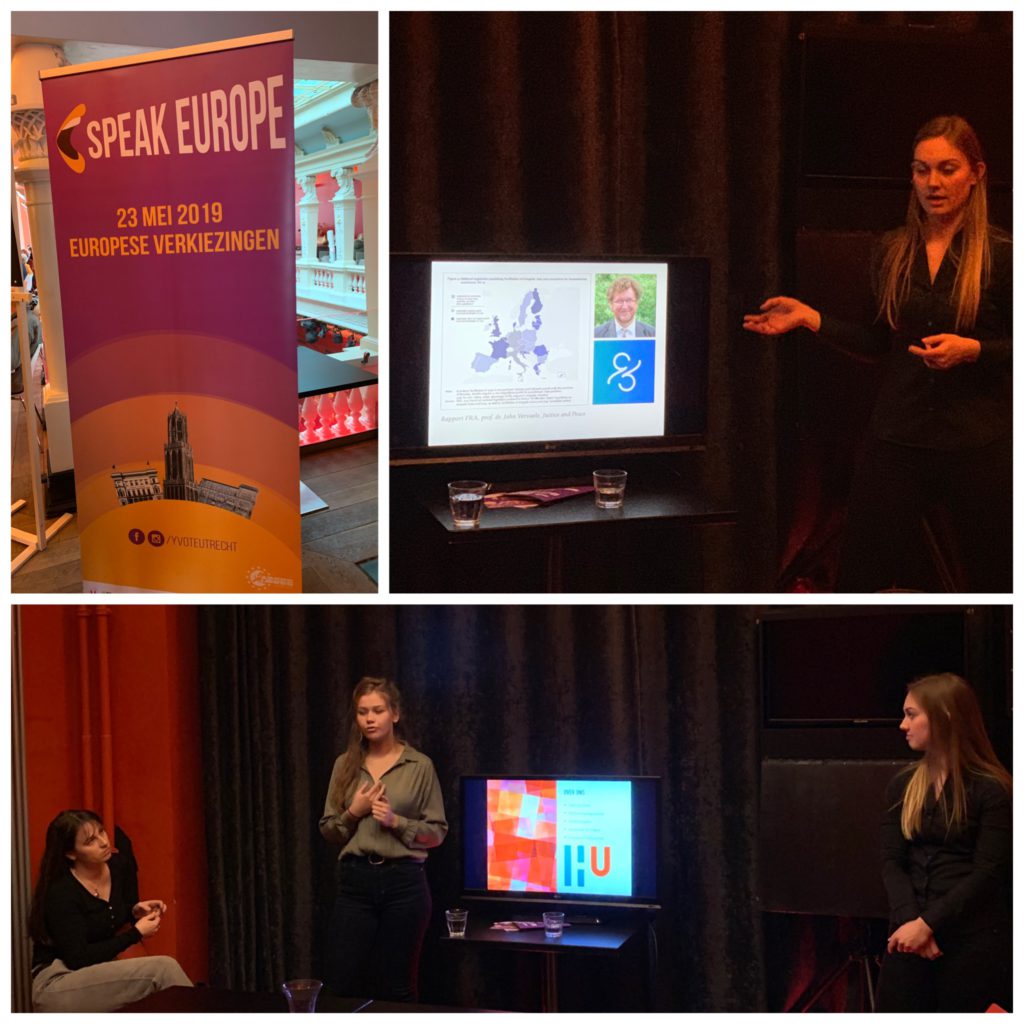 …..and paying a visit to Google. 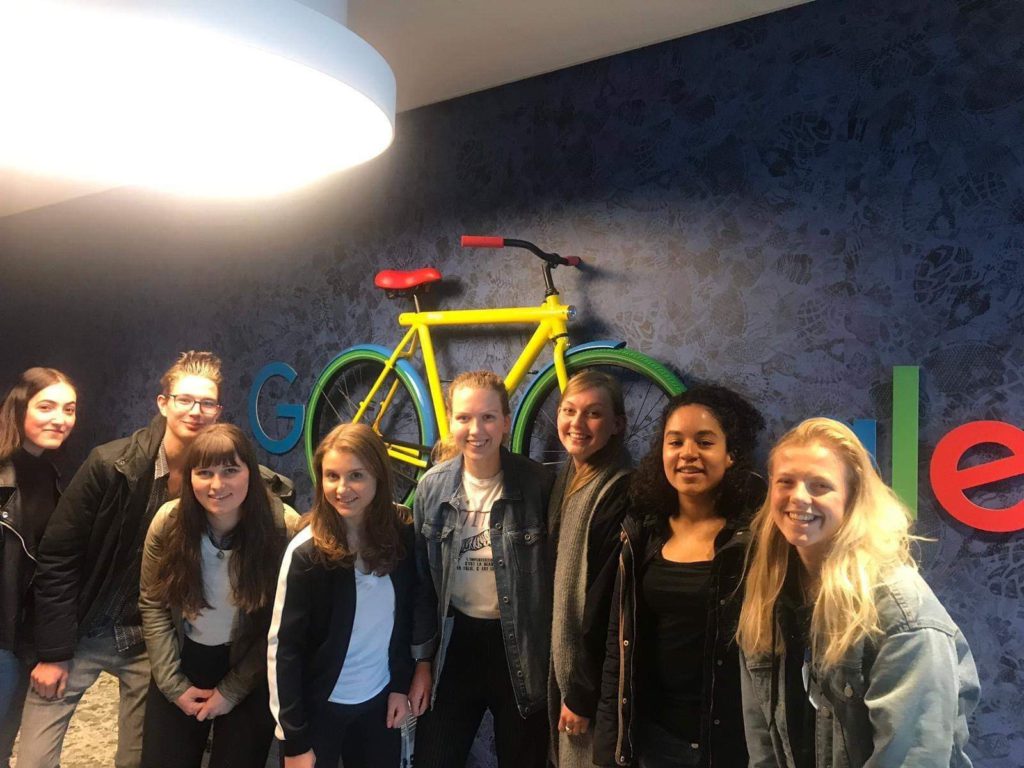 Then again, election night arrives. With the indispensable support of some pizzas we complete all fact-checks and blogs for the WTFact-website, and some we translate into English for EUfactcheck. 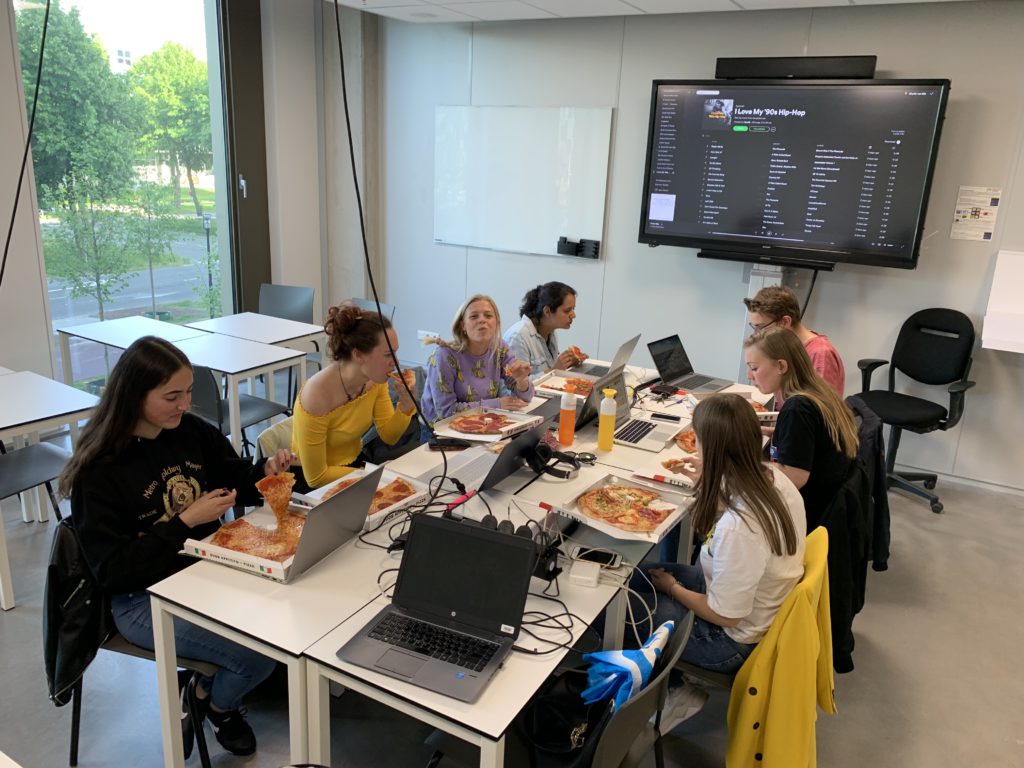 And this was the last of the pizza-factchecking marathons. The next elections in the Netherlands are due in 2.5 years, the first generation of WTFact-students will graduate next year. It’s been a good ride!