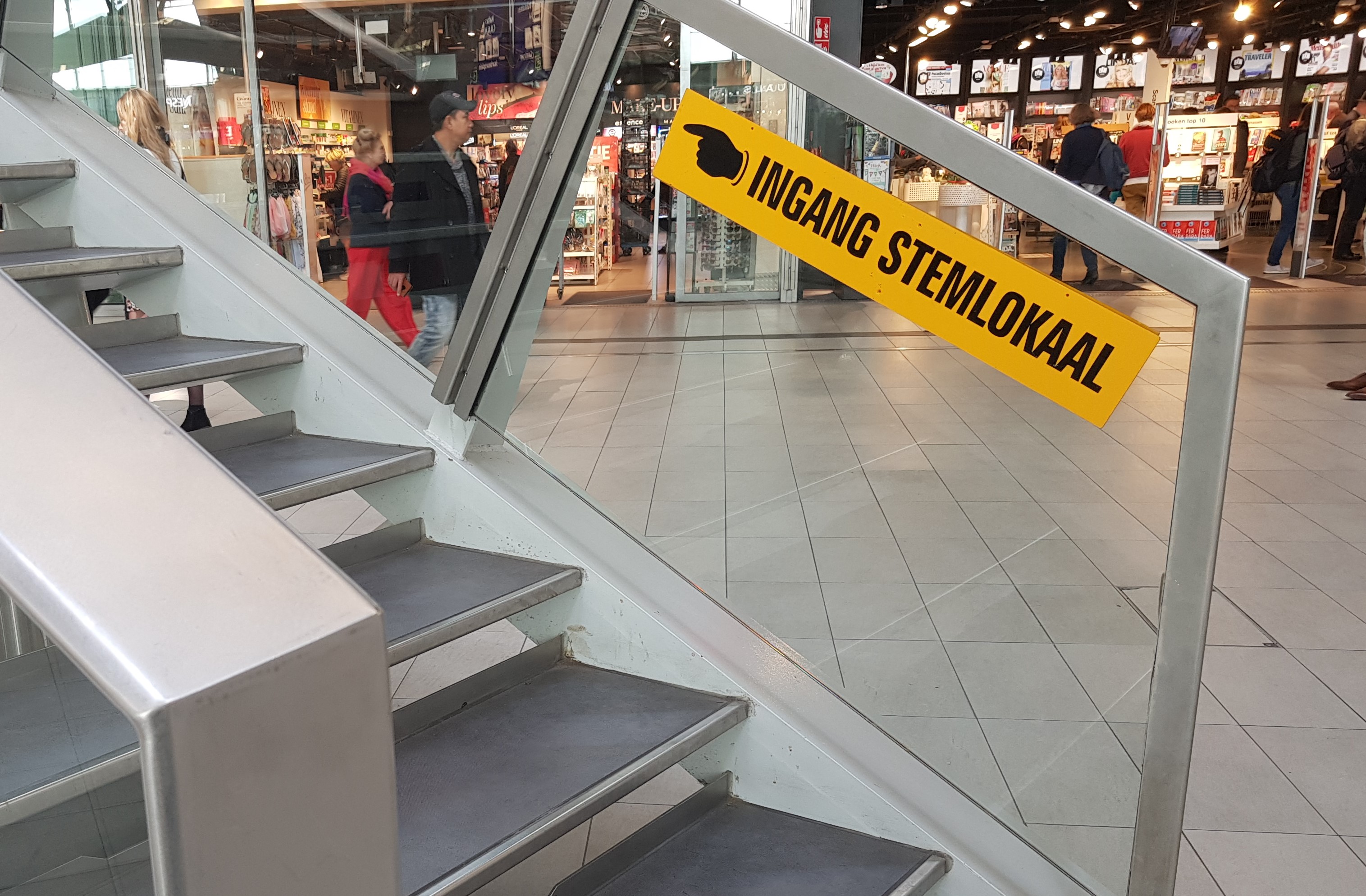 The Netherlands were one of the first to vote in the European parliamentary elections, on Thursday 23 May. The weeks ahead of the voting day are always filled with political statements and confused voters: who do you vote for and where do you vote? After all it is an ordinary working day and some people have to find the time, in between, to cast their vote. With an average of 186.000 people passing each day, Utrecht Central station is a perfect location.

The way to the polling station is aligned with yellow signs, leading upstairs in the brand new station building. It takes only a couple of minutes to show your identity card and mark your candidate on the ballot paper. A big black container with a postbox slot collects all the ballot papers. Before you know it, you are on your way again.

Around ten in the morning it is very quiet and only a few people with rucksacks walk up to the polling station. Voting seems to be an unimportant and quick act. Some travelers put their bags down on the benches to the side, others walk straight up to the tables. One table is already full of coffee cups. The people behind the tables look bored and chat a bit to each other. Until a voter arrives. The professional photographer waits and shoots their smiling faces. 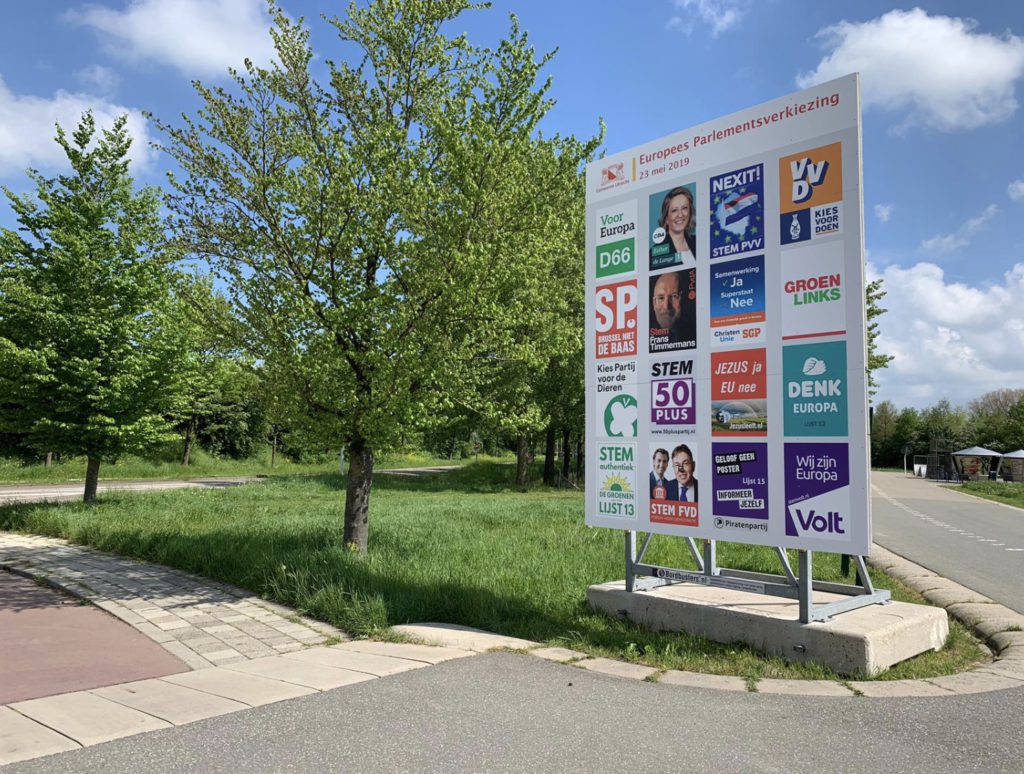 Political parties in the European elections in the Netherlands, ©WTFact

Anouk Richters, a 19 year old student from Utrecht University has voted at the central station: “I’ve voted at the station because I’m visiting my parents today and take the train to go there. I thought I’d better do it here and now because I’m registered in Utrecht.”

When, at nine in the evening, the polling station closed, the first exit poll, showed a 41 percent voter turnout. However higher than five years ago, clearly not everybody thinks it is important to vote in the European parliamentary elections. “I have voted because I think it is important to use my right to vote,” said Anouk Richters. “Local elections are important, but so are the European elections. More so with climate issues and climate agreements on the table.“