On May 4th, Nicola Zingaretti – newly elected secretary of the Italian Democratic Party – firmly stated that, “under the current Lega – Movimento 5 stelle government, the unemployment rate is consistently growing”. This claim has turned out to be false.

In Cremona, as shown in a local newspaper, Zingaretti explained that “economy stopped, companies’ turnovers collapsed, and unemployment increased”. In Reggio Emilia too, aswering to several questions from the press about the current government, he described Italian economy as nefarious: “Matteo Salvini forgot to say that, since he started his proxy, there are less job positions available, more unemployment, and a lower production rate for companies.”

But these words are not actually reliable. The last figures published by Istat (National Institute of Statistics) in March 2019 showed that, from Giuseppe Conte’s settlement day (June 4th, 2018), unemployment hasn’t grown neither in terms of rate (a percentage based on workforce) nor absolute figures (number of unemployed persons). Instead, these indicators have continuously fluctuated, without consistent increase or decrease, and their values, in the long run, have actually dropped. 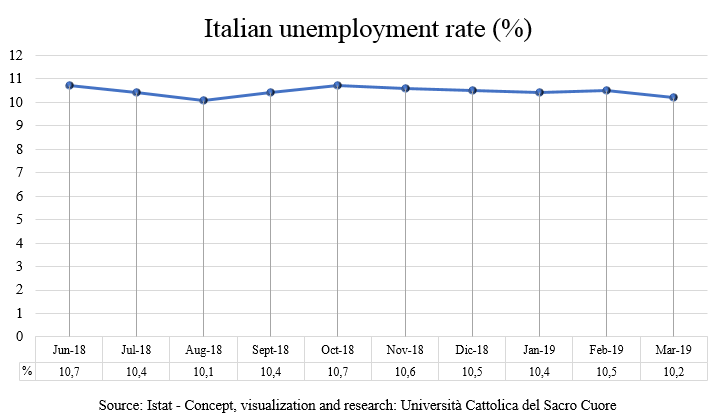 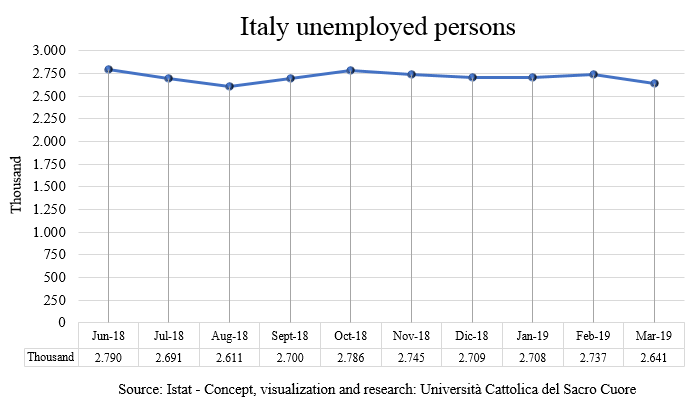 From June 2018 until March 2019, both the unemployment rate and the number of unemployed persons (if we consider absolute figures) are lower than those registered during Gentiloni’s government, from December 2016 to May 2018. During this range of time, ISTAT showed that the unemployment rate changed from 11.8% in December 2016 to 10.6% in May 2018, whereas the number of unemployed persons went from 3.050.000 to 2.755.000. Either way, in the long run, these values have decreased but, compared to the results scored by Conte’s cabinet, they seem way higher.

Therefore, looking at the updated figures, Zingaretti’s statements about unemployment in Italy (referring to a huge growth of unemployment during Conte’s government, with no comparisons to the prior legislature, and to a way higher unemployment rate if compared to the one registered during Gentiloni’s government) are both false.