Mostly false: “Contributing to climate policy […] appears to be not that popular with the members of GreenLeft”

Dutch party leader Derk Jan Eppink of Forum for Democracy (FvD) claimed in a televised elections’ debate on 13 May that the Dutch Greens are not very eager to contribute financially to climate change. Eppink based his claim on a recent survey by Ipsos and, as it seems, on an article in national newspaper De Telegraaf. However, there is more to this than meets the eye! 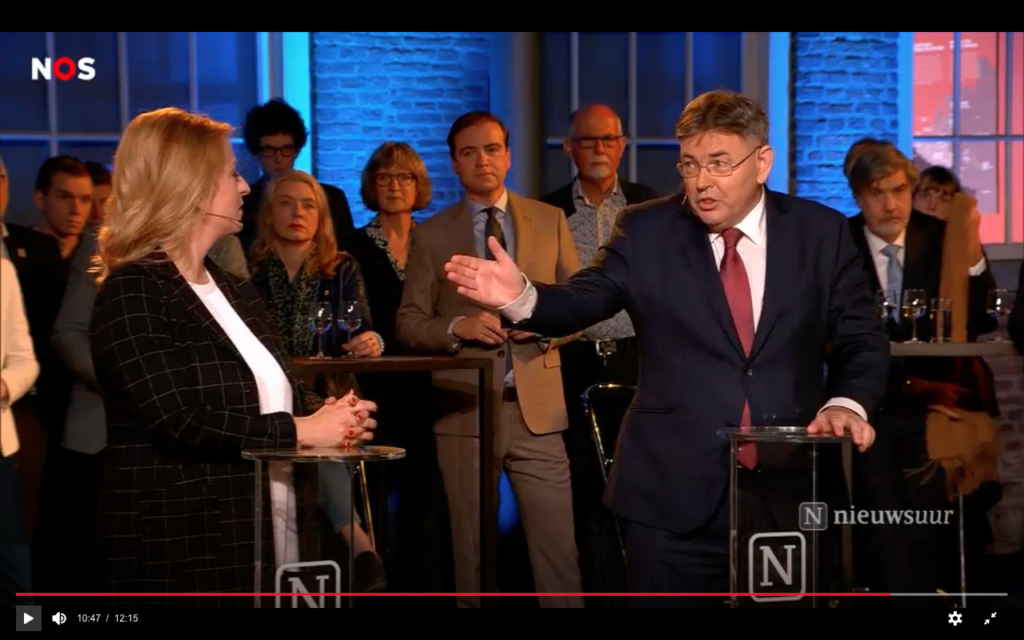 Dutch citizens on climate policy
The debate was broadcast by Nieuwsuur, a Dutch news programme on national television. FvD party leader Derk Jan Eppink is heard referring to a survey carried out by Ipsos (PDF, 28 February 2019) on behalf of the Dutch national daily De Telegraaf: ‘Dutch citizens on climate policy’. It discusses various subjects, such as: climate change, agreement on climate change, climate measures, financing of climate policy and political borderlines. Eppink subsequently seems to follow the conclusion of a De Telegraaf article published shortly after the report was issued. A closer look at the report paints a broader picture. 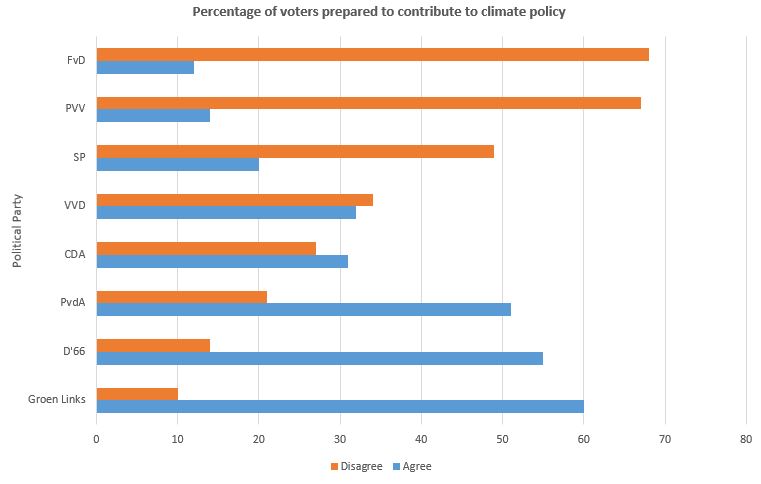 Most Democrats (D‘66) and Labour Party (PvdA) voters also indicate to contribute. In contrast: only a small percentage of Socialist Party (SP) Freedom Party (PVV) and FvD voters are willing to contribute.

Financial contributions
While Eppink accuses GreenLeft voters that they want to contribute only 10 euros per month, this is not the complete story, as is shown in the graph below: indeed 43 percent of GreenLeft voters in The Netherlands state that they are personally willing to contribute approximately 10 euros per month to climate policy. But, the research also shows that in total 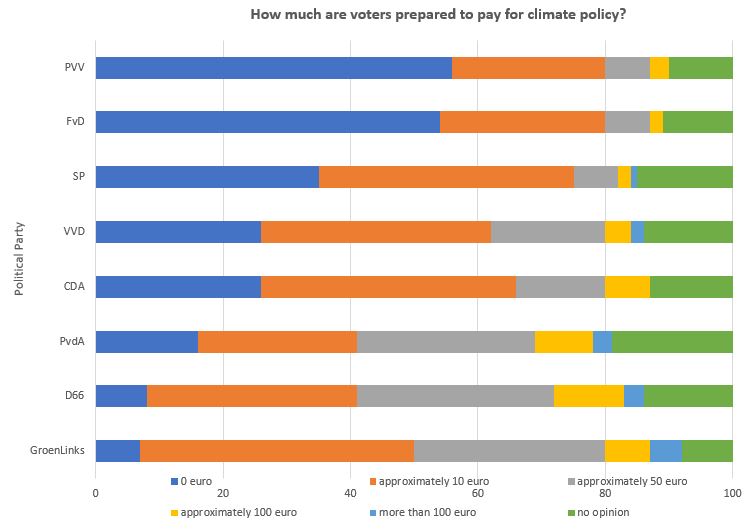 The conclusion that climate policy is apparently not that popular with the voters of GreenLeft is therefore one-sided and the claim mostly false.