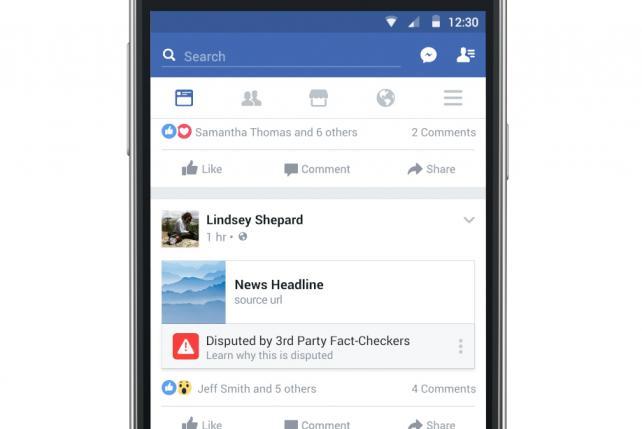 During the US election campaign in 2016, many false messages were spread on Facebook.  Also in Germany the distrust of information in social networks is high: According to a study by the European Commission in February 2018, around 60% of all Germans surveyed do not trust news and information in social media. Facebook responded to increasing pressure and accusations of insufficient action against the spread of fake news on the platform. In cooperation with independent external partners, the company has been countering this since 2016. The Essen and Berlin based research centre “Correctiv” is the first German cooperation partner to work with Facebook. It has its own fact-checking editorial department and is committed to the code of principles of the International Fact Checking Network (IFCN) – a department of the non-profit journalism school Poynter Institute in Florida. Since 2015, the IFCN has brought fact checkers from all around the world together to exchange information and develop a common “standard” in fact checking.

In practice, the whole thing looks like this: Users have the possibility to mark a post on Facebook as a false report (see Facebook’s screenshot above). Correctiv and the other partners (in the USA for example PolitiFact and FactCheck.org) get access to the backend of Facebook and thus to the reported posts. Correctiv selects independently which contents are checked by the editorial staff: “Nobody tells us what to check.” As in our fact check project EUfactcheck, the posts are checked and the truth content is worked out in a separate article. The research office uses the rating options “True”, “Mixed”, “False”, “Opinion”, “Satire” or “False heading”. The messages on Facebook are linked to the article. According to Correctiv, Facebook wants to use this measure to reduce the reach of linked posts. The user then sees, both when reading and sharing the posting, “[…] that he is probably reading something untrue”.

According to statistics, the perception of problems is high here in Germany, and I also find it urgently necessary to take action against the spread of false reports. The cooperation of Facebook with Correctiv could be a first important step to fight disinformation. A second partner, the German Press Agency (dpa), has been working with Facebook since 2019.

But the measure is also met with criticism, because some see the free exchange of information on the Internet in danger. To the question of whether Correctiv now operates censorship when it identifies false news as such, the Research Centre answers in its FAQ: “No, that’s wrong. As a rule, censorship comes from government agencies. However, we are very aware of the problems mentioned. We see it as a danger that reports whose political or social stance does not suit us are assessed more critically than others.”

I don’t want to accuse either the dpa or Correctiv of censorship, but rather I want to point out that in my opinion it needs more than two factchecking instances. For example, First Draft‘s network of partners includes newsrooms and other organizations and projects that jointly control the facts and quality of content. As a student I am probably far too little involved in the matter and perhaps do not yet understand the context every time, but from my point of view, a merger of many independent editorial offices from different industries, which form a collective in mutual control against false reports, would be a much more promising method to take effective action against the spread of false reports in the future.