The signing of the Global Compact for Migration was greeted with many comments. Damien Rieu, an activist with the Génération Identitaire movement, “estimates” that France already spends 4.5 billion euros on immigration. He’s basing his figures on Nadine Morano statement.

The Global Compact for Migration triggered many arguments and reactions in France, especially on social media. Signed by France on Monday, December 10, 2018, it also reignited the eternal debate on the “cost of immigration.” 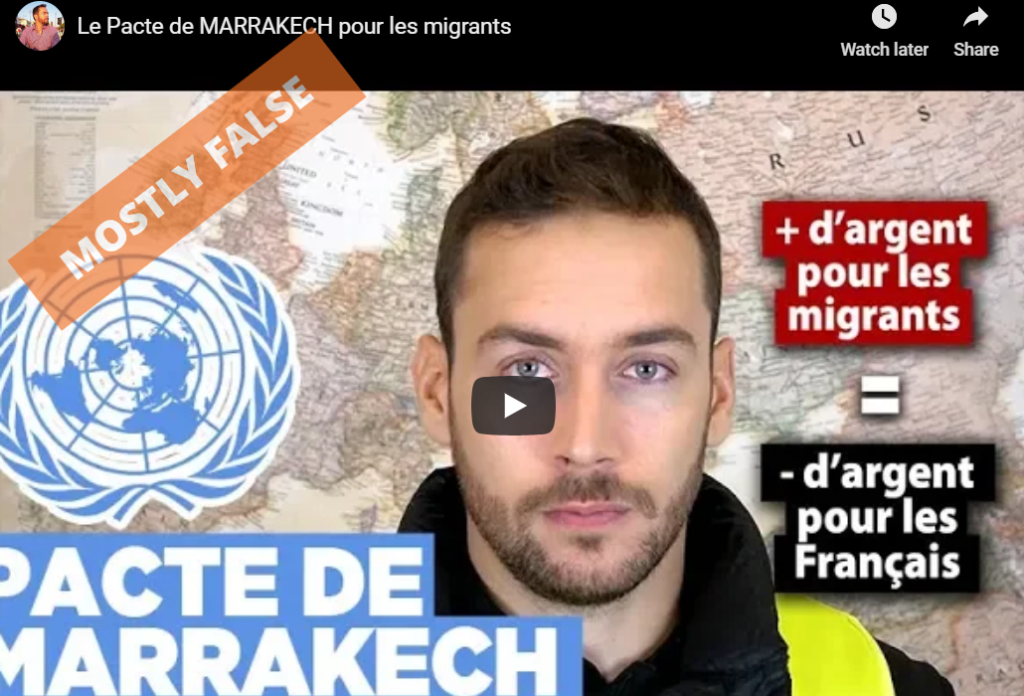 On Twitter, Facebook, and even YouTube, activists claiming to represent identity-based movements spoke out before the Compact for Global Migration had even been signed. Among them, Damien Rieu expressed concern about the signing of the pact in a video posted on December 5, 2018. A member of the Génération Identitaire movement (a nationalist movement in Europe) and the National Front, Damien Rieu warns that France “doesn’t have the means to accommodate more migrants.”

Damien Rieu explains that he borrowed from Nadine Morano’s statement while she was a guest on the show BFM Story on Tuesday, November 27, 2018. Morano criticized the budget in the 2019 appropriations bill, particularly the 200 million euro increase to the budget for “integration.”

Immigrants? Foreigners? Who are we talking about?

The United Nations defines an immigrant as a foreign person, born abroad and residing for a year or more in a given country. In the immigrant category, then, we can include Erasmus students who stay longer than a year. The term “foreigner” refers to an individual residing in France who does not have French citizenship. Not all foreigners are necessarily immigrants (e.g. tourists), nor are all immigrants necessarily foreign (e.g. naturalized French). 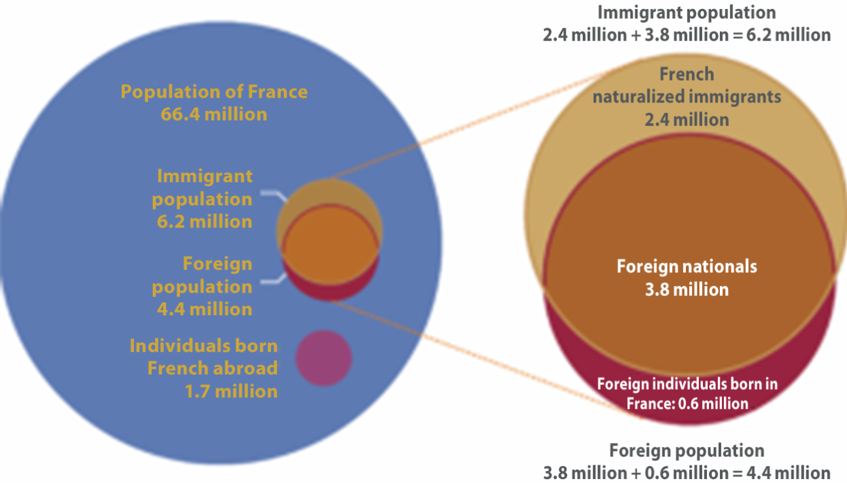 So, are these immigration numbers true or false?

The figures given by Damien Rieu seem to be correct. The 2019 appropriations bill does include 1.58 billion euros for the “immigration, asylum, and integration” mandate. It includes the 303 program (“Immigration and Asylum”) that groups “public policy resources related to: foreigners entering, circulating, traveling, and working; the removal of individuals without legal status; and the pursuit of the right to asylum.”

State medical assistance (AME), meanwhile, was estimated at upwards of 923 million euros in 2018. Created in 2001, AME is a framework allowing foreigners without legal status to access care, provided that they have resided in France for over 3 months. François-Noël Buffet, the Republican senator from the Rhône, estimates that more than 310,000 people currently receive this benefit. Furthermore, the Senate voted in early December to lower the budget for AME by 300 million in 2019. The health minister Agnès Buzyn expressed her disagreement with this decision. But this decrease could soon be invalidated by the National Assembly.

On the second point raised by Damien Rieu, the Assemblée des départements de France (Assembly of French Departments) estimates that French departments accommodated 40,000 unaccompanied minors of immigrant background in 2018. If we factor in the cost of caring for a foreign minor through child welfare, estimated at 50,000 euros per year on average, this totals 2 billion euros.  But this level of spending for each unaccompanied minor is “unlikely,” says Catherine Wihtol de Wenden, a politician and researcher specializing in migration issues.

Jean-Christophe Dumont, an economist at the OECD (in the International Migration division) believes that “the cost of providing aid to unaccompanied minors is virtually impossible to quantify, because there is no established budget item.”

Experts say immigration is not only a cost

But does immigration only have a cost? Jean-Christophe Dumont perceives in Damien Rieu’s video a “biased way of presenting things. … Immigrants pay taxes and consume like everyone else, while they receive less welfare than most French people.”

Like Dumont, several other economists call for the costs to be weighed alongside the contributions. Catherine Wihtol de Wenden asserts that “immigration yields more than it costs.” As proof, she cites German growth in 2017, boosted by the welcoming of a million refugees in the previous year.

A 2010 report from DREES (a department of the French Ministry of Health) led by the economist Hillel Rapoport estimates the net contribution of immigrants to public finances in 2005 at 4 billion euros.

At the conclusion of a study on several countries in western Europe conducted between 1985 and 2015, three economics researchers at CNRS (the French National Center for Scientific Research)—Hippolyte d’Albis, Ekrame Boubtane, and Dramane Coulibaly—demonstrated a “beneficial effect of migration on the economy.” In particular, they observed a “positive effect on public finance: as public spending increases, so too does revenue in terms of tax and contributions.”

But this positive effect of immigration is not automatic. Jean-Christophe Dumont believes “investment in integration is what leads immigration to have a positive impact on growth.”

In short : Some of the figures given by Damien Rieu seem to be corrects. But the way he uses them are questionnable. We, students, had lots of debate about this fact check. But as, the video had around 60k views and as the claims is based on Nadine Morano figures (and the politician confirmed it to us on the phone), we decided to  fact check it… and find those assertions, without background are mostly false.