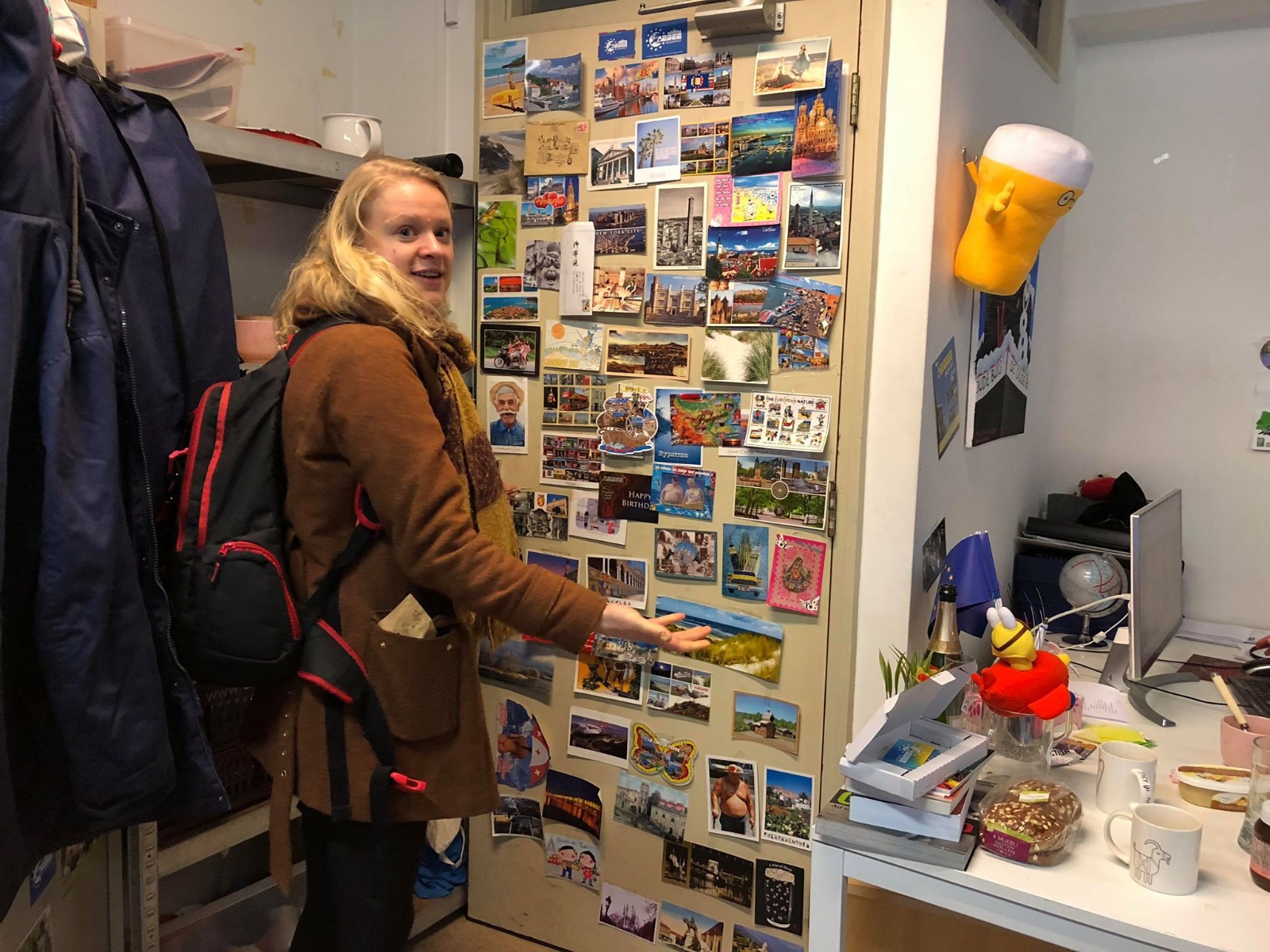 The chairwoman of Y Vote Utrecht (The Netherlands), Lisette Mijnen, was about to let me into what she had described to me as a very ugly building. While I was standing on the wet cobblestones waiting for her to open the door, I looked at the square building that from the outside, it truly seemed uninspiring – like most places available for youth organisations.

Y Vote has existed for less than a year, but you wouldn’t be able to tell from the group’s aspirations. Mijnen and the other group members, who are all in their 20s, want to encourage other young people to make an informed choice during the European Parliament elections and they want to double the number of young people voting.

Per definition Y Vote is a campaign and not an organisation, and it will only exist until the elections, but all the central people volunteering for Y Vote are members of the interdisciplinary, non-governmental, political independent, non-profit student organisation AEGEE, that is present in 161 cities in 40 countries all across Europe.

The door to the building opened and Mijnen introduced herself. She showed me inside and we walked through some of the rooms, Y Vote uses from time to time to discuss and organise upcoming events. In the first room, a water leak has damaged the orange walls in one of the corners and broken furniture lay on the floor, so I wasn’t surprised when Mijnen told me, that the board often would choose to meet up at cafes or in the library. After a quick look in the orange room, Mijnen led the way to the first floor, where the organisation AEGEE has their office. A much friendlier place with a few people working among a lot of stuff and postcards from all over the world, and the AEGEE-logo with the same colour and stars as the European Union. But even though AEGEE receive fund money from the European Youth Foundation for a range of activities, Y Vote’s convention on youth and the world is the only event in the campaign supported financially by the EU through Erasmus+.

Later, when Mijnen and I were walking through the city to the location for the biggest event Y Vote Utrecht is organising, she explained that the goal is not to nudge young people into liking the European Union more or to make them vote on a specific group or party.

“We provide a stage and allow for a lot of people to talk on that stage, but people being anti-EU are sometimes hard to reach,” Mijnen told me. “But I don’t think it’s about being EU positive or EU negative (…). I believe collaboration in one way or another is beneficial to Europe.”

After a short walk through the city centre, under the famous Utrecht Dom Tower and along the canal, Mijnen stops and point to the public library, which is going to one of two locations for the festival, Y Vote Utrecht is going to host in March for a thousand young people. A volunteering group of around 40 young people is going to help out organising and logistics. The chairwoman is exited for all the things that are going to happen, especially a theatre-part and what a group of actors can bring to a festival about the European Parliament elections.

Even though a lot still needs to be organised, many things have already been settled. It takes a lot of work and time, and because of that Mijnen is currently not studying – being a part of AEGEE and the chairwoman for Y Vote is more than a fulltime job, even though it’s all voluntary.

“It is voluntary, so the work has to be both fun and effective,” she said.

The goal to double the number of young people in Utrecht who vote at the European election is set, but making it happen in real life is going to me much more difficult – no matter how much time Mijnen and her team in Y Vote spend campaigning.

“The problem is that we don’t know exactly how many young people vote. In the Netherlands, there’s a voters’ secret, so you can’t monitor how many young people is actually voting, but according to surveys only 18 percent of the youth voted last time, which is low compared to other countries.”

The final stop on our route in the city centre of Utrecht is restaurant and bar Winkel van Sinkel, that is the second location for Y Vote Utrecht’s upcoming festival and the one Mijnen likes the most. The place is in complete contrast from the place we started, and the chairwoman looks forward to all the things that are going to take place there. But even if they don’t work out, Mijnen has no regrets.

“Even if the events are not successful, I still think the work is worth it. We are already being professionally compared to professionals”.