Blog: Political party of Kosovo found its way in to the European Parliament 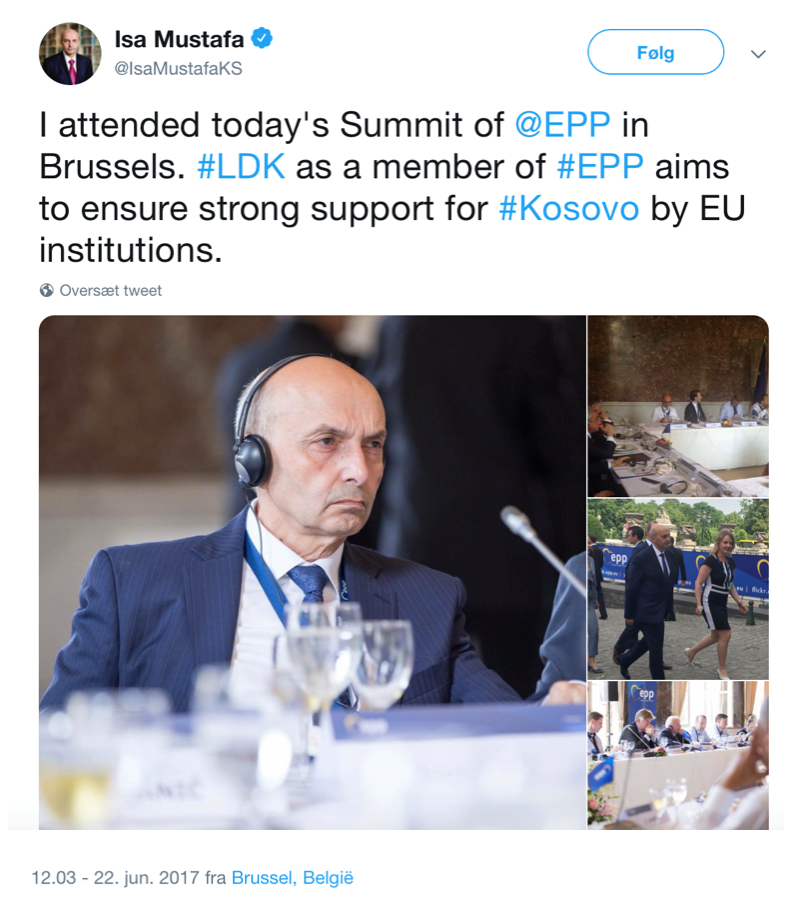 Leader of the political party Democratic League of Kosovo (LDK), Isa Mustafa, tweeted on the 17th of June 2017 that his Kosovan party is a member of the European People’s Party, the largest political group in the European Parliament.

Kosovo side by side with the EU. It’s not a picture you get to see very often. Unless you go onto the homepage of the political party Democratic League of Kosovo. Here next to each other, on the frontpage, you’ll see the logo of this Kosovan party together with the largest political party in the European Parliament, the European People’s Party (EPP).

The current leader of LDK is Isa Mustafa, also former Prime Minister of the Republic of Kosovo. LDK is a liberal-conservative party, and one of the largest of its kind in Kosovo’s parliament.

However, the Kosovan party isn’t a full member of the EPP, as the political group has different types of membership: full member, associate member and observer member. LDK is so far – what they call – “an observer member party” according to the EPP Congress from 2018.

Political parties with this status can send their delegates to all the EU group’s activities, but without the authority to vote.

Outside of the EU

One of the things LDK and the EPP have in common is their ideology. Both are liberal-conservative, making a path for cooperation: “Most of the current political, economic, security/defence and environmental challenges of the EU cannot be tackled without our partners outside Europe. Therefore, the EPP engages intensely with likeminded parties and partners all over the world,” writes the EPP on its homepage.

Another piece in the puzzle to understand this surprising collaboration between the two, is Kosovo’s relationship to the EU. Kosovo is currently a potential candidate to become a part of the EU. Creating ties with parties outside of the EU, also constitutes as a move for the future for the EPP:

“The EU enlargement process is of real importance for the EPP and we are working intensively on the further EU integration of the Western Balkan countries together with our EPP Foreign Ministers,” writes the political group. 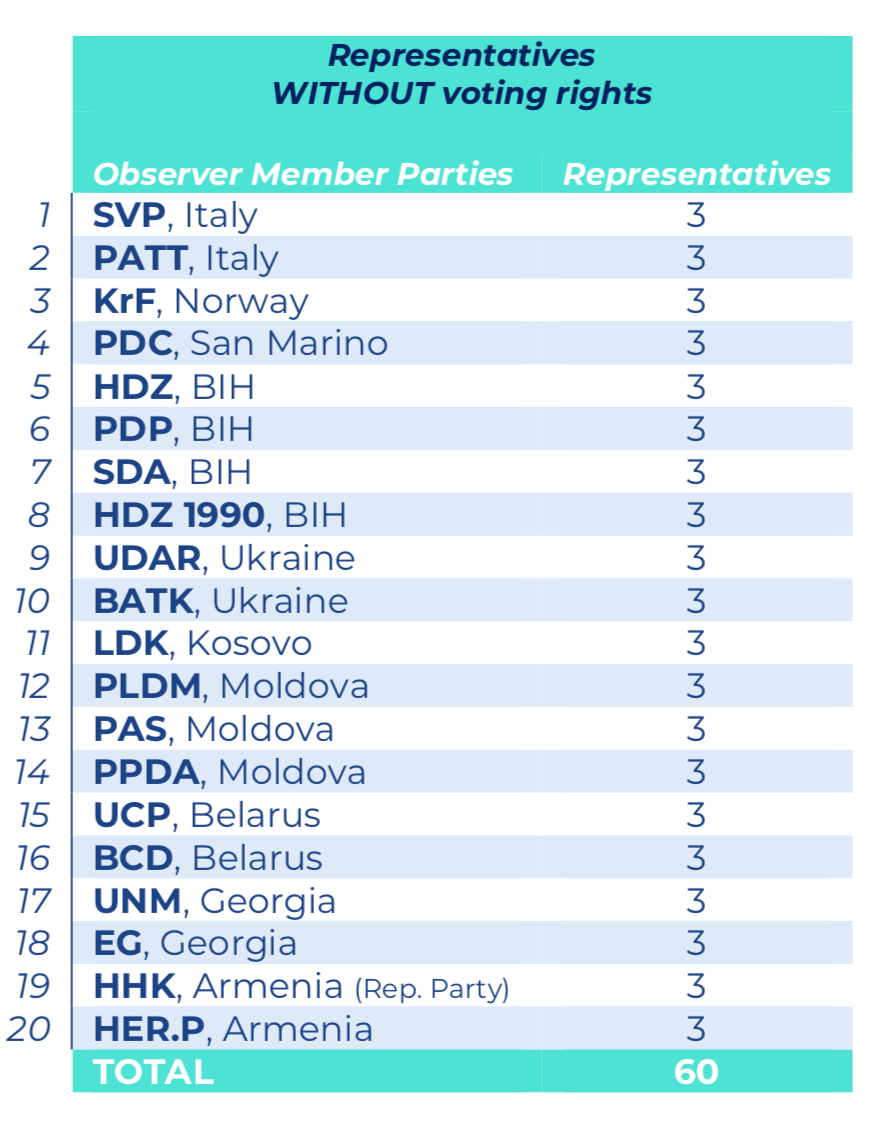 LDK (11) is one out of the twenty “observer member parties” in the EPP. Source: EPP Congress Helsinki 2018.

However, the progress between Kosovo and the EU is moving slowly. With Kosovo only being a potential candidate, this country doesn’t have the certainty that other candidate countries have of getting in the EU. Kosovo and the EU have signed the Stabilisation and Association Agreement in 2016 which to prepare themselves for a future accession to the EU. Even last year, the European Commission spoke about a possible accession for Kosovo after 2025, together with five other Western Balkan countries.

But Kosovo’s existence as a country is a sensitive issue within the EU as five member states don’t recognize Kosovo as being independent. It being Cyprus, Greece, Romania, Slovakia and Spain, making the accession of Kosovo to the EU a bumpy ride.

The Democratic League of Kosovo states to be part of the European People’s Party, the largest political group in the European Parliament. Although they are not a full member, but just an observer member state without any voting rights.