Blog: The European agricultural subsidies reach the big players, but how does that occur in reality? 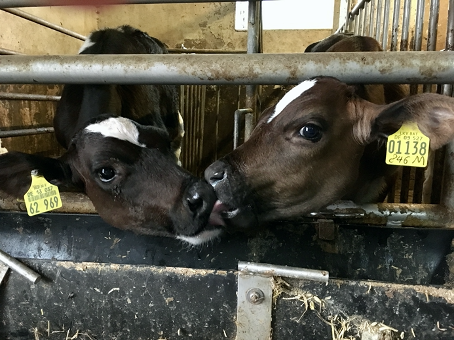 No less than 59 billion euros were awarded to the Common Agricultural Policy (CAP) in 2019. That is approximately 36% of the total EU budget. European policy provides for enough food to be harvested in a sustainable way. In addition, consumers should be able to buy agricultural products at a reasonable price and farmers should have a proper income.

The current CAP consists of two parts: rural development subsidies and agricultural subsidies, which are aimed at market regulation and income support for the farmers. The latter is where the most money goes, but at the same time most of the money is misused. Income support is paid out in the form of direct payments. Every farmer who meets the environmental and sustainability requirements of the European Union can count on 260 euros per hectare of agricultural land.

To stimulate biodiversity, European farmers also receive 115 euros of the so-called greening bounty. Finally, there is a special support for farmers under the age of 41. They receive 50 euros extra per hectare per year. However, according to research conducted by the Dutch Court of Auditors, one third of the European subsidy money in the Netherlands ends up with farmers who earn more than twice the average. Not only in the Netherlands do the European subsidies not reach the small, independent farmer for whom they are intended.

Research by the anti-fraud watchdog Olaf shows that in Hungary, one of the largest net recipients of EU funds, the Prime Minister, Viktor Orban, is ensuring that many acres of state owned land end up in the hands of his own friends and family. Subsequently, they earn tens of millions in subsidies. The Czech Prime Minister Andrej Babis also owns his own farm, which receives almost 40 million in European money every year. At the same time, environmental organisation Greenpeace revealed that 25 of the 46 members of Agriculture Committee of the previous parliament had ties with the agricultural sector.

Although proposals have been made for reforms of the subsidy system – reforms that should help smaller farmers – the European commission is sticking to the direct payments system. Another attempt to achieve a fairer payment distribution, namely by means of a maximum ceiling on the total amount of subsidies that a farm can receive, is currently under discussion. For the time being, the existence of the small, independent farmer is in the hands of the new generation MEPs: They will continue to deal with the matter in the coming months.

Also read another factcheck and blog post on the topic.