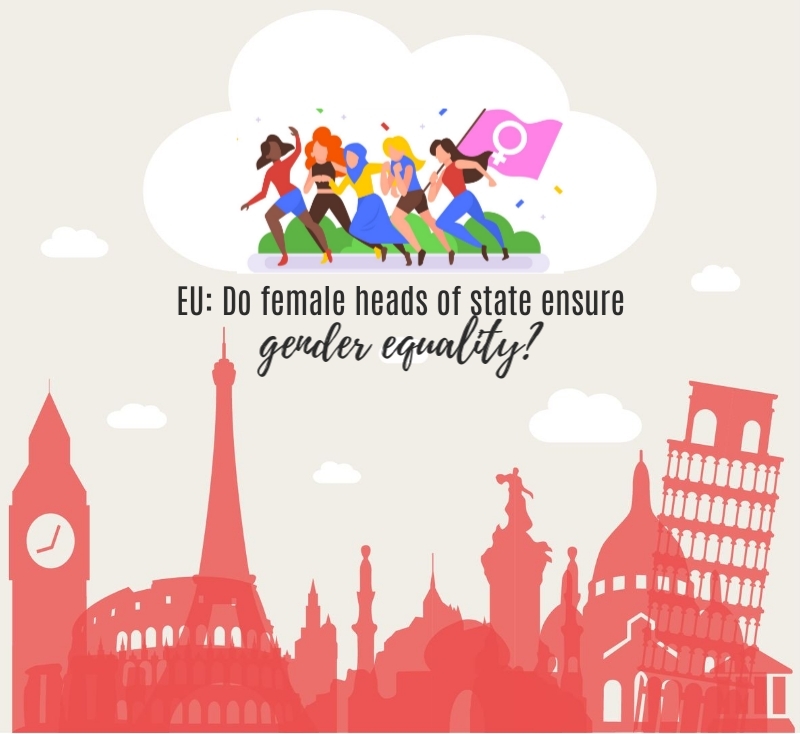 Writers Julia Harder and Gwen Rochat, Journalism students at Windesheim University Zwolle, The Netherlands, noticed a tweet from the Icelandic Prime Minister, saying Iceland is the frontrunner in gender equality. In making this factcheck, we realized there is no yes/no answer to our question: the situation is far more complex. For example, we expected that our country, The Netherlands, would rank higher in the WEF report. It was quite a disappointment to see it placed 38th (in the world).  So we decided to investigate further and wrote a blog on gender equality in the European Union, to see if European member states are as equal as Iceland. We also wanted to discover if having a female head of state had a positive influence on gender equality.

‘’When we place gender equality measures into the DNA of every aspect of government, we come closer to reaching the goal of gender equality”, says Icelandic Katrin Jakobsdóttir as prime-minister of the most gender-equal country in the world. But how equal are European member states, and does having female heads of state improve gender equality in a country? We will find these answers in the Global Gender Gap Report 2020 from the World Economic Forum, an independent economic organization.

For the eleventh time in a row Iceland tops the ranking of gender equality according to the World Economic Forum. Iceland’s success leads us to questions how equal European member states are. Below we have comprised a list of the twenty-seven European member states, ranked from most equal to least equal. On top of this list we have added Iceland as a reference point, although Iceland is not part of the European Union.

When looking at the chart, you can see Malta has had 9.2 years with a female head of state, ranking it the sixth country in the chart. Interestingly, when looking at the ranking above you can see that Malta places twenty-sixth in ranking of countries with the highest gender equality. This means that Malta is not a very equal society, so there is a discrepancy between the amount of gender equality and the years under female leadership.

We can see in the chart that countries with a high amount of gender equality generally have more years under female heads of state, but this is not a requirement. For example, there are six countries (Iceland, Finland, Germany, Latvia, Denmark and Estonia) that rank high in the gender equality chart and also have had the most years with a female head of state. But there are also seven countries (Sweden, Ireland, Spain, France, Belgium, Croatia and Malta) where the charts do not match. For example, Sweden places second in the ranking of most equal European member states, just below Finland. But Sweden has never had a female head of state.

“We in Iceland will continue our own fight, and if we can lead by example in some areas it makes our fight even more urgent and valuable”, Jakobsdóttir wrote. “We plan to achieve the targets set out in the UN Sustainable Development Goal number five on gender equality, and we encourage other countries to do the same and step up their efforts to ensure the human rights of women and girls across the world.