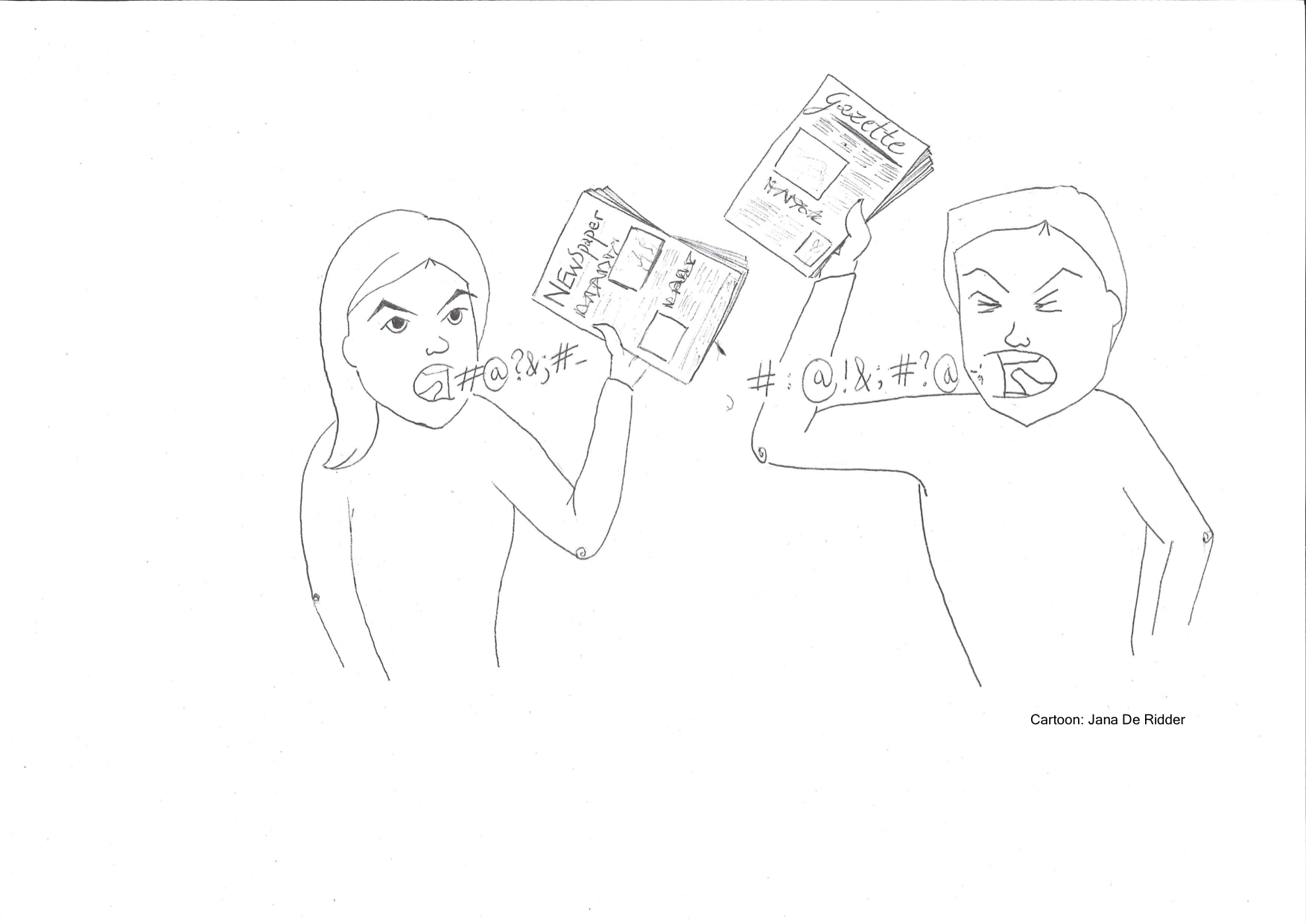 News is everywhere, in these times everybody is a journalist. You can start your own newsblog or pick up your phone and make a video about a popular subject. Therefore it is hard for traditional media to compete with these free sources. But are they just as correct as our beloved newspaper?

News is there to spread information and to keep you up to date, but that’s changing. It’s all about the clicks. Terms as clickbait and fake news became an integral part in this ‘new journalism’. We did a factcheck https://eufactcheck.eu/factcheck/mostly-false-the-netherlands-is-the-least-anti-muslim-country-in-europe/ on an article from De Dagelijkse Standaard saying that The Netherlands is the least anti-muslim country in Europe, this one turned out to be mostly false. We, journalists, but also the people, rely on correct reporting from news sites, so when they don’t, it’s very frustrating for all of us. And I hear you thinking, why would someone want to spread false information?

Nowadays, everyone can be a journalist and start a blog, youtube channel or podcast. These sources don’t rely on their subscriptions, so to bring their content in the picture, they need clicks and attention. They do this by misleading titles and sometimes even false information. People are shocked by these clickbait titles and comment on them or share them which starts a commotion. It reaches a much larger public than their regular readers with popularity as result. Which is their main goal.

This is very frustrating for the traditional media channels. They lose their public to small news websites because they are more entertaining and shocking. Due to the popularity of these unreliable sources, they need to jump on the bandwagon and publish more sensational news than before.

Another thing some news sources tend to do is take some part of information and place it in a whole other context. So the meaning of the actual fact becomes completely different. Instead of reporting true facts objectively, they write about their own convictions.

This is very misleading for us journalism students. But it’s also bad for having a good substantial discussion between two opposite parties. As one newspaper tells the truth and the other tells a whole other truth, which one is the one to believe? Which one is the one to rely on? Due to this untruths, it is possible that we write wrong information in our articles so unknowingly mislead our readers and that’s something we would like te avoid.

So for all of you journalists (and others) out there, we have some tips to make sure that you don’t get fooled by fake news reports.