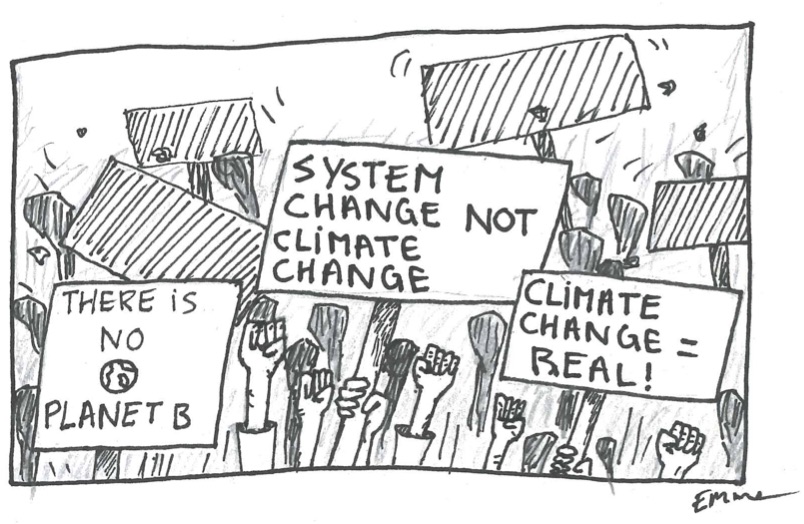 As Belgians, the past few weeks we have experienced weekly youth demonstrations for a better climate policy. Since the youth demonstrations of May ’68, which changed the political landscape at that time, we haven’t had such relentless passion for change. There is no doubt that climate change is one of the hottest topics right now.

Since December 2018 we have been experiencing climate demonstrations in our Belgian capital. Especially when two 17-year-olds, Anuna De Wever and Kyra Gantois, organised the ‘Youth for Climate’ actions in Brussels, Belgian news and public opinion has been all over it. The third Youth for Climate demonstration had over 35 000 participants. Even the Flemish minister of environment, Joke Schauvliege, had to step down after false claims about the youth demonstration.

De Wever and Gantois, both got their share of media attention. De Wever has become the face of the climate change demonstrations in Belgium. She called on her peers to skip class and stand up for the environment which resulted in a lot of support from many different corners, but as expected also a lot of fierce criticism.

It was 16-year-old Swedish Greta Thunberg, who sits in front of the Swedish government building every week, who inspired De Wever and Gantois. Thunberg spoke at the UN Summit in Poland 2018 stating: “You are not mature enough to tell it like it is, even that burden you leave to us, children.”

Whatever your view is on the youth demonstrations, climate change is a topic that can’t be ignored by any of us. We, as human beings, have the responsibility to care about our planet. This topic is dear to both of us, as we both realise, we also have our part to play in the ask for change. While we may not skip class just yet, we won’t stand idly by while our planet is laid to waste.

Because of this we did a fact check on an article about the health costs of air pollution. Belgian newspaper De Tijd claimed that the health damages by road traffic related air pollution costs the European Union around 62 billion euros a year. This claim turned out to be mostly true.