Blog: Citizens’ voice in European Union decision-making – Can it be heard? 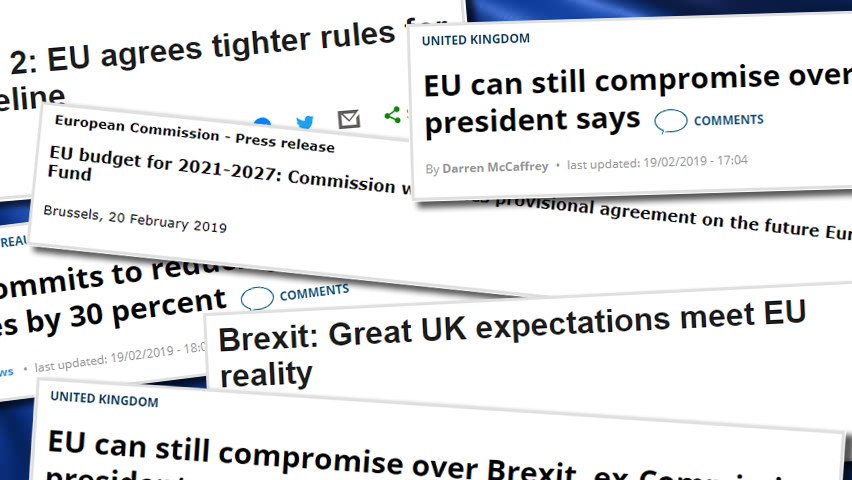 It isn’t enough for us to feel that we are EU citizens. We also need some concrete ways to get our voices heard.

We were born after 1995 when Finland joined the EU, so we have lived our whole lives as EU citizens. It doesn’t always feel like that because decision-making feels very distant. In Finnish media there is not much reporting about the EU. Even now, with the EU elections coming up, there are not too many news about them.

When the Finnish government makes a proposal for a new law, public discussion and debate in media and amongst citizens begin immediately. Thus, we have an opportunity to get our voices heard and create common discussion. However, this is not the case when it comes to EU decision-making. We often read about these decisions in media after they’ve already been made. The decisions are given to us from top to down and we just have to adjust to live with them. The lack of public discussion and debate pushes us further from the EU.

If something feels distant, we usually are not interested in it. In the EU elections the voter turnout is very low in most of the countries. For example, here in Finland in the 2014 elections only 39.1 percent of us voted. That’s less than half of us. There are many possible reasons for low voter turnout. Could the experience about the EU as a distant authority be one of them? As young EU citizens, we would like to play a bigger part in public discussions and be closer to the EU.

We figured out how we can influence in the European Union. We can vote in national elections as well as the EU elections. We can make a citizens’ initiative, but to make that, we have to get one million people in total from seven different EU countries to stand behind the initiative. We can also do lobbying, which basically means that companies and organisations try and push their agenda to the decision makers. To be honest, these three ways are not the fastest or easiest ways to get your voice heard. For example, accomplishing the challenge of having the citizens’ initiative successfully implemented is unrealistic. As such, the system is made for people with power, not for the normal citizen. More news and discussion about EU decisions in their early stages are needed.

Based on the Eurobarometer, young people have the most positive thoughts about and attitudes towards the EU, but at the same time, they have the lowest voter turnout. Young people need easy ways to influence common matters and we could use technology to answer that need. We need easy-to-use and simple platforms for discussion about issues related to the EU, and it could have a positive effect on voting activity. We hope that the EU could be more open to new ways to influence and involve us in the public conversation and debate.

Overall, we hope for more information about the decisions which are being prepared and more and easier ways to discuss them. It isn’t enough for us to feel that we are EU citizens, but we also need some concrete ways to get our voices heard.